A Look at The State of Camera Lenses In 2012

Welcome to the golden age of lens technology 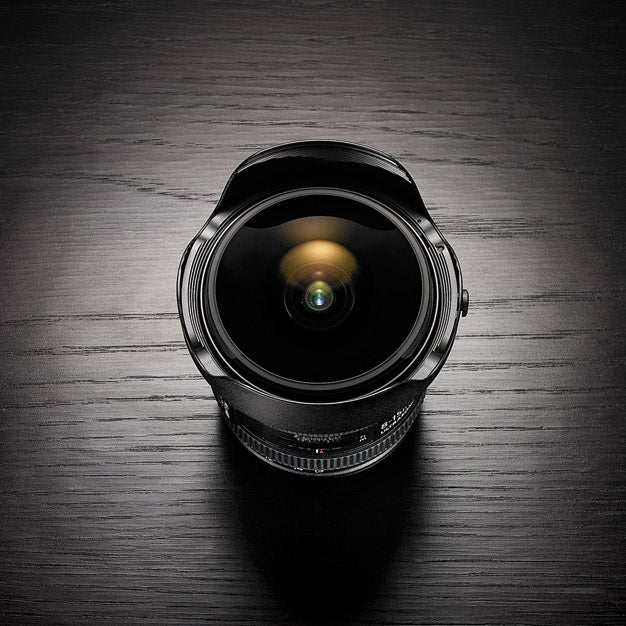 Talk about a golden age of lenses! Fast, long, superwide, fisheye, macro, you name it—camera manufacturers and independents continue to add to their optical arsenals. So, whether you plan to acquire new lenses, or just get the most out of your present optics, we offer this guided tour of today’s hottest glass.

Looking over our lab and field tests of lenses from the past year, several trends clearly emerged—some expected (lots more wide-range zooms) and some unexpected (manual focus!). The lens choices available today are near-dizzying in their variety, so we thought we’d divide the menu into digestible chunks, tell you the pros and cons of the various classes of lenses, and provide some side dishes of technical info.

For more on all things lenses, be sure to take a look at our Glass Glossary

Tech Talk: While high-speed lenses can speed up autofocus, your camera’s AF, paradoxically, may not be focusing with the precision needed. Lenses of f/2.8 and faster generally need high-speed AF sensors, and these are usually limited in number in the AF array. (The center AF sensor in most DSLRs has high-speed capability.) Even with a high-speed sensor, though, AF may be slightly off. Kits such as the SpyderLensCal allow you to check the precision of your camera’s AF, and many mid- to high-level DSLRs let you microadjust the AF accordingly. Consult spyder.datacolor.com for more info.

In this age of superzooms and ultrawides, fast primes of moderate focal length may seem quaint throwbacks. But nostalgia has little to do with their current success.

The ability to throw backgrounds out of focus with shallow depth of field is a big draw here. Sure, you can do this in image-editing software after the fact. But you can save yourself the step when you take the shot—quite the useful feature if you’re shooting, say, hundreds of wedding photos.

This is even more of an issue with smaller-than-full-frame sensors, because as sensor size decreases, the depth of field at any given aperture increases, given the same subject magnification. Increased DOF may be a boon for scenic and architectural shooters, but portrait shooters may find it frustrating, and for them, f/1.4 may be the answer.

The APS-C format has also given the fast 50mm lens a new lease on life. These lenses scale up to an equivalent of 75mm or 80mm on APS-C bodies, but are considerably less expensive than their longer or shorter counterparts.

Available-light shooters, too, benefit from fast glass, as larger apertures allow you to use lower (and less noisy) ISOs and/or faster shutter speeds in limited light.

Finally, photographers may want these lenses simply for optical quality. Our lab tests have shown that these modern optical designs provide higher image quality than their forebears, and often higher than the best current zooms.{C}

Did you really expect a resurgence of manual-focus lenses? Neither did we. Until DSLR video caught on.

This matters because even quiet AF motors can transmit audio noise to video, most DSLRs can’t effectively autofocus in video mode to begin with, and the manual focusing on many AF lenses isn’t fine enough for smooth focus pulls. So now we have great glass like the Zeiss Planar T* line, with their long-turning-radius manual focus and beefy all-metal barrels.

But it’s not all about video. Many still photographers appreciate these lenses not just for their old-time feel but for their sharpness and quality of construction. In the case of the 21mm f/3.4 Leica Super Elmar-M, manual focusing is a moot point, given that it is for the very manual Leica M rangefinders.

If you’re willing to forego most or all autoexposure modes, you can get high-quality manual-focus lenses on the cheap by way of upstart Rokinon, whose sharp f/1.4 primes start at $270, street.

_Tech Talk: The focusing screens in digital SLRs are designed for clear, fine-grained viewing, not for optimal manual focusing. And today’s cameras lack the microprism or split-image focusing aids of SLRs gone by. Many midlevel to high-end DSLRs, though, have user-interchangeable focusing screens that, in some instances, can be swapped out for a matte screen designed for fine manual focus. Check your camera’s specs and manufacturer’s website to see if your camera qualifies. If your camera doesn’t have swappable screens, or you just can’t be bothered, note that the live-view function lets you magnify a portion of the LCD image for fine focusing. This hardly lends itself to speedy handheld focusing, though. In the end, the best alternative may be to use the focus-confirmation indicator in your camera’s existing viewfinder.{C}

_Something Fisheye is Going On

Clearly the funkiest (and most fun)optics found in any lens line, fisheyes throw distortion correction to the wind to produce the most emphatically wide-angle views possible. Almost every camera maker and independent now carries at least one type of fisheye—circular-image or full-coverage. Canon goes a step further with its 8–15mm f/4L EF Fisheye (shown), which, on a full-frame EOS body, can do both tricks.

The most useful type of fisheye by far is the full-coverage type, which provides a frame-filling, corner-to-corner image, albeit wildly barrel-distorted. These lenses are treasured for their ability to transform even fairly ordinary scenes into zany cycloramas. Make a video with one on a moving camera, and the effect is zanier still.

So it’s easy to forget that fisheyes have great practical utility. Because of their unrestricted distortion, they take in a much greater area of a scene than orthoscopic (i.e., straight lines stay straight) lenses of comparable focal length. Example: The orthoscopic 14mm f/2.8L II Canon EF takes in a diagonal angle of view of 114 degrees, which ranks as tunnel vision compared with the 180 degrees of the 15mm f/2.8 Canon EF Fisheye. Fisheyes thus enable you to shoot in tight spaces (aircraft cabin, tiny shop, kid’s playhouse) and take in a full hemispheric view.

Tech Talk: In landscape shots made with a fisheye lens, the barreling effect is almost unnoticeable if you keep the horizon centered, and thus uncurved. Placing foreground objects more to the center of the frame will reduce geometric distortion. Remember that the barrel distortion is greatest at the edges of the frame, so a judicious crop of the edges will also lessen the effect.{C}

We’ve seen a steady stream of impressive new macro introductions, from the economical ($275, street) 40mm f/2.8G AF-S DX Micro-Nikkor for Nikon APS-C bodies to the pricey ($1,100, street) tank-tough 150mm f/2.8 Sigma EX APO DG OS Macro for full-frame and smaller formats, pictured above. Most recent introductions in this category, like this Sigma, have featured image stabilization, a boon for handheld closeups as well as general shooting.

A great thing about today’s dedicated macro lenses is that you don’t have to be dedicated to macro. In former times, macro lenses were optimized for close-ups at the expense of optical performance at normal distances. Happily, those days are gone. Both aforementioned lenses—typical examples—displayed Excellent-range SQF scores in our tests at normal distances, as well as exceptional light falloff and distortion scores. The Micro-Nikkor, scaling up to a 60mm full-frame equivalent, could double as a long normal or half-height portrait lens. The Sigma would be a fine long portrait tele on full-frame bodies. On APS-C bodies, with the field of view of a 240mm lens (Canon) or 225mm (all others), it could serve for medium-distance sports or nature shooting.

Tech Talk: The closeup ability of macros is best measured by magnification, usually expressed as a fraction or ratio. Longer macro lenses can get to 1:1 (lifesize) at farther focusing distances than shorter lenses, a boon for shooting skittish subjects or with artificial light. Regardless of focal length, increased magnification can amplify the effects of hand shake. So with image-stabilized macro lenses, don’t expect the same leeway that you’d get at general distances. A macro that tests out with 3 extra stops of leeway in general shooting may give you only one stop at 1:1. Still gravy, just less of it.{C}

Workhorses for the Racetrack

Welcome to the Everything Old Is New Again Department. Heavy-duty, constant-aperture telezooms have been regular residents in the kits of pros and very serious amateurs for decades now, but we’ve seen a spate of updates in a field where lens designs can last longer than presidential administrations.

As we expected, the updates show improvements across the board. Standout performances include a steep bump up in optical quality in the 120–300mm Sigma, and image stabilization in the Canon lens that gave our testers up to 4.5 stops of extra handholdability—a tie for the record.

Tech Talk: When we say “serious” to describe potential users of these lenses, we’re serious. Big and heavy (the lightest weighs more than 3 pounds), lenses of this type are sometimes referred to (without affection) as grenade launchers. All but dedicated masochists will carry, at the very least, a monopod for support, and take advantage of the sturdy, rotating tripod collars they all come with. But the rewards are many: sharp shots, quiet and fast autofocus, bright, constant aperture, allowing for action-stopping shutter speeds. Not to mention, near-bulletproof construction with plenty of seals against moisture and dust.

This category, not so very long ago, could have been called The Impossible Dream: a single zoom lens spanning the range from true wide angle to long telephoto, with decent close focusing, as well. Optics such as the full-frame 28–300mm f/3.5–5.6G AF-S Nikkor ED VR and APS-C 18–135mm f/3.5–5.6 Pentax-DA WR are now commonplace, and manufacturers issue upgrade models with some frequency.

Tamron’s 18–270mm f/3.5–6.3 Di II VC is as good a showcase for the virtues (and shortcomings) of this lens type as any out there. An APS-C-only lens, it’s the equivalent of 27–405mm in full–frame terms, for an industry–leading zoom ratio of 15X. And we exaggerated only slightly in our lab report when we called it “miraculously compact.” Close-focusing magnification can go as high as 1:3.24, and its Vibration Control gave our testers up to 3.5 extra stops of hand-holding leeway, on average.

But like every lens in this class, the Tamron is optically challenged at its longest focal length (where it dropped three grades down in SQF from the Excellent rating of its shorter focal lengths). Maximum apertures start at a sluggish f/3.5 and go to an oh-so-dim f/6.3 at long tele. Clearly, all-in-ones are not for available-light shooters.

But for those who want to travel light, who want a lens suitable for almost every type of outdoor shooting, and don’t want to bother swapping lenses off and on for family photos, all-in-ones are an attractive alternative.

Tech Talk: Most all-in-ones now have desperately needed image stabilization. In our tests, we’ve found these systems quite effective for reducing blur due to hand shake, so we recommend that you leave stabilization on. While shooting, give the shutter release a half-press and pause a moment to let the IS get settled. Don’t try to counteract any slight drift you see in the finder; instead, concentrate on keeping your eye trained on the subject. Squeeze, don’t push, the shutter button, and keep you finger on the button as you follow through—lifting your finger off the button can make for more shake. Remember that IS won’t prevent a moving subject from blurring: For action shots, you’ll just have to crank up the ISO to allow for suitable shutter speeds.