What the lingo in our lens tests means 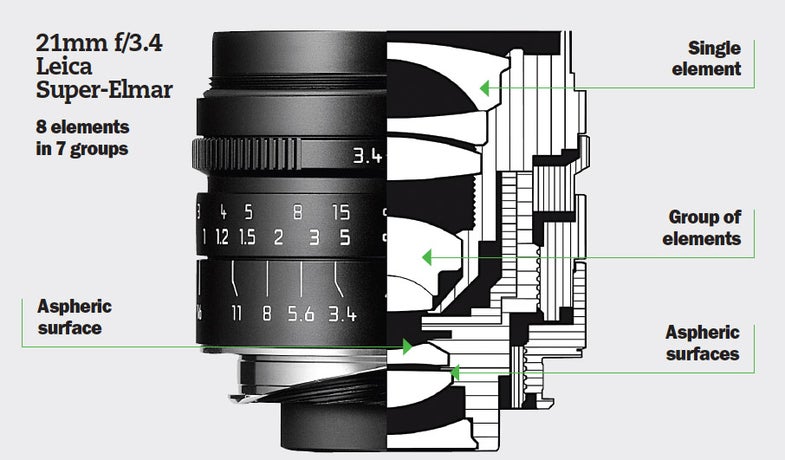 Apochromatic (APO): A lens group designed to correct chromatic aberrations for three wavelengths (usually red, green, and blue) rather than just one or two.

Aspheric: A lens element with a non-spherical curvature on one or both sides. Aspherics typically have less curvature at the edges than at the center. They can reduce optical aberrations and distortion. And because a single aspheric can replace several spherical lenses, it cuts down on internal reflections that can cause flare.

Barrel distortion: The bowing outward of straight lines in an image, usually most pronounced at the frame’s edges.

Coma: Comet-shaped blobs in the image caused when light rays fail to come to the same focus point. The term is also commonly used for flare spots.

Complex distortion: Barrel and pincushion distortion combined. In one form, moustache distortion, straight lines pincushion near the center of the frame edge, but barrel out toward the frame ends.

Diffraction: Divergence of light rays when passed through a small opening. Diffraction is a major cause of image degradation at very small apertures.

Flare: Loss of contrast, veiling fog, and bright spots caused when a bright light source shines directly into a lens.

Floating elements: An element or group of elements that moves independently of other groups and elements during focusing. Floating elements allow lens designs that minimize aberrations at the full range of focusing distances, near to far.

Geometric distortion: The characteristic stretching of the image seen at the ends of the frame in wide-angle shots. Not really a flaw, just the way light and lenses work. Can be minimized with Volume Ana-morphosis Correction in DxO Optics Pro.

Light falloff: Darkening of the image’s corners and edges due to a lens not projecting evenly across the image circle. Stopping down the aperture reduces and eventually eliminates falloff. Also called vignetting.

Pincushion distortion: The bending inward of straight lines in an image, usually most pronounced at the frame’s edges.