Report: Nikon to pull the plug on DSLRs

If the news is true—and it certainly makes sense—then this will shrink the remaining DSLR market to just Canon, Pentax and a single, solitary Leica body. 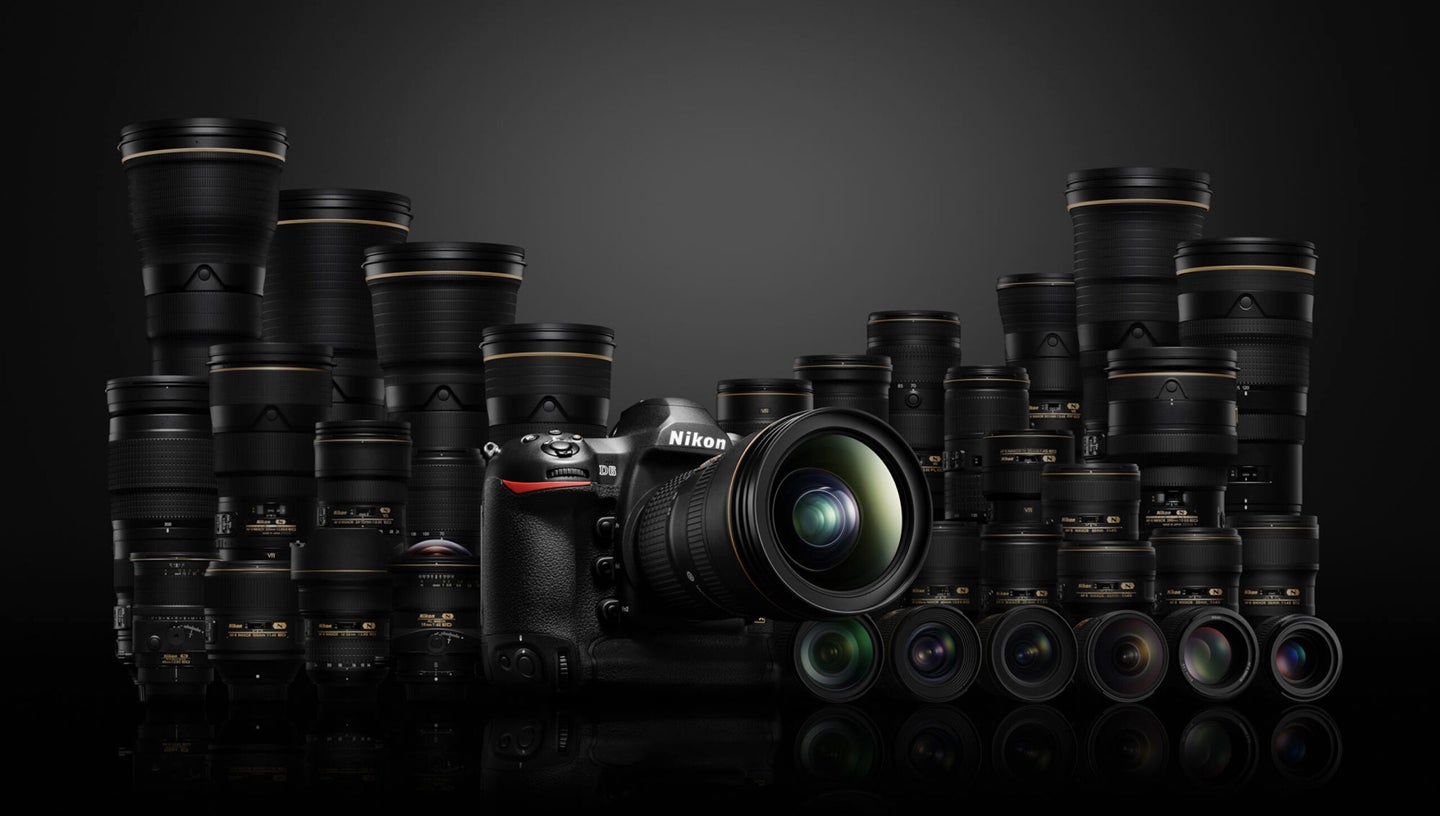 Sometimes when a company abandons a product line it’s a shock, like when Samsung unceremoniously pulled the plug on its entire camera business after months of protestations that it remained committed to the market. Other times, it’s almost a foregone conclusion. Sad as the news may be for DSLR fans, this story falls squarely in the second group, as Nikon is reportedly on the cusp of discontinuing its DSLR lineup according to Japan’s Nikkei, the world’s largest financial newspaper.

Retracing the transition to mirrorless

The seeds for this change were sown more than a decade ago with the arrival in late 2008 of the first mirrorless camera, the Panasonic G1, which along with the Olympus E-P1 a few months later, would go on to reinvent the entire market.

Nikon’s initial response to its new Micro Four Thirds rival was on the slow side, with the arrival of the Nikon J1 and V1 in November 2011, making it only the fifth mirrorless maker behind Panasonic, Olympus, Samsung, Sony, and even Pentax. Among the major brands, only Canon and Fujifilm were even more conservative in their reaction times.

Nikon’s initial mirrorless outing wasn’t well-received. A large part of the reason for this was that Nikon had opted for a smaller sensor size than all but one of its rivals. While this gave clear advantages in both size and performance, Nikonians simply weren’t ready to make that tradeoff against image quality. The 1-series was officially discontinued in mid-2018, having delivered only a single new product in the previous four years.

Related: The Nikon Z9 is the best-selling ‘pro flagship’ model of 2022, so far

It was clear Nikon would be back, though, as by then the mirrorless market was really picking up steam, particularly in Asian and European markets. The signs were already there that while the speed of the transition might vary from company to company, this was to be the way forwards for almost every brand.

Mirrorless just offered too many advantages for both manufacturers and consumers alike, thanks to its reduced mechanical complexity, improved portability, and greater suitability to video capture. While early models still had some clear shortcomings compared to DSLRs of the time—most notably in the areas of autofocusing performance and viewfinder quality—these quickly became non-issues as technology progressed.

The second time was the charm for Nikon mirrorless

And so reenter the market Nikon did, once again with a double-launch. When the full-frame Nikon Z6 and Z7 hit the scene in August 2018, the duo were much better received by the market than were their 1-series forebears. For one thing, there were no more concerns about sensor size and what that might mean for image quality versus rivals. For another, the Z6 and Z7 offered clear advantages over contemporary DSLRs.

The Z7 was priced nearly identically to the Nikon D850 DSLR, and it offered both similar build quality and resolution. Yet it was *far* more compact and offered faster burst shooting, much better autofocus point coverage, in-body image stabilization, and better video capture as well. Unlike the 1-mount before it, Nikonians took to the Z-mount in droves, confirming that Nikon was onto a winner and in the process, signing the death warrant for the company’s DSLRs.

Nikon won’t directly confirm this news any time soon, but it isn’t stridently denying it either

Clearly, Nikon exiting a market in which it has participated since the very late 1950s is going to be big news, even if the company would far rather downplay the transition and focus on what its mirrorless products have to offer. In part, that’s because it makes for a more positive, upbeat story than a discontinuation. Ultimately, “we’re not going to raise prices on DSLR lenses,” is a more attractive spin than “we’re not raising prices on DSLR lenses because we want to clear our inventory.”

The biggest reason that Nikon is unlikely to directly confirm the news in the near future, though, is simply that it has remaining DSLR-specific hardware in its inventory and sales channels that it needs to be able to sell. If Nikon is too blunt about the discontinuation, the brand may not be able to clear the shelves without taking a significant loss on that stock.

Nikon’s real statement can be found written between the lines

With the story now roaming wild, though, Nikon felt the need to take control of the situation somewhat, and so has released a statement as below:

There was a media article regarding Nikon’s withdrawal of SLR development. This media article is only speculation and Nikon has made no announcement in this regard. Nikon is continuing the production, sales and service of digital SLR. Nikon appreciates your continuous support.

Note, though, that there’s a very big difference between saying that a story is “speculative,” and stating that it is “inaccurate.” While Nikon could have done the latter, it has conspicuously chosen not to do so. That in itself is telling. And although Nikkei doesn’t identify from where this information was obtained, the outlet was clearly confident enough in its sources to run with the story in the first place.

So what does all of this mean for Nikonians?

So what does all of this mean for Nikonians, and for photographers in general? Honestly, not that much. We’ve all been aware that the end was coming for the company’s DSLRs sooner or later, and we said as much last month in our coverage of some recent Nikon DSLR discontinuations.

If you’re still attached to your DSLR, it will still be capable of just the same results as it always was. Sure, when it eventually fails, you may struggle to replace it, but that bad news is offset by the fact you’ll find it easier to get your hands on F-mount glass at lower prices.

And if you’re a Z-mount shooter, it means that all of Nikon’s resources are now fully committed to your chosen platform, with no more development money being put aside to shoehorn mirrorless imaging pipelines into DSLR bodies.

Your moves, Canon and Ricoh

As for Nikon’s rivals, the news puts Canon in the hot seat as the one remaining shoe to drop before Ricoh’s Pentax brand effectively has the DSLR market entirely to itself. And we wouldn’t be surprised to see reports suggesting just that sometime soon.