The company's sub-frame DSLR lineup has now been pared back to just a single camera, the Nikon D7500. Industry-wide, only 16 DSLR models have yet to be discontinued. 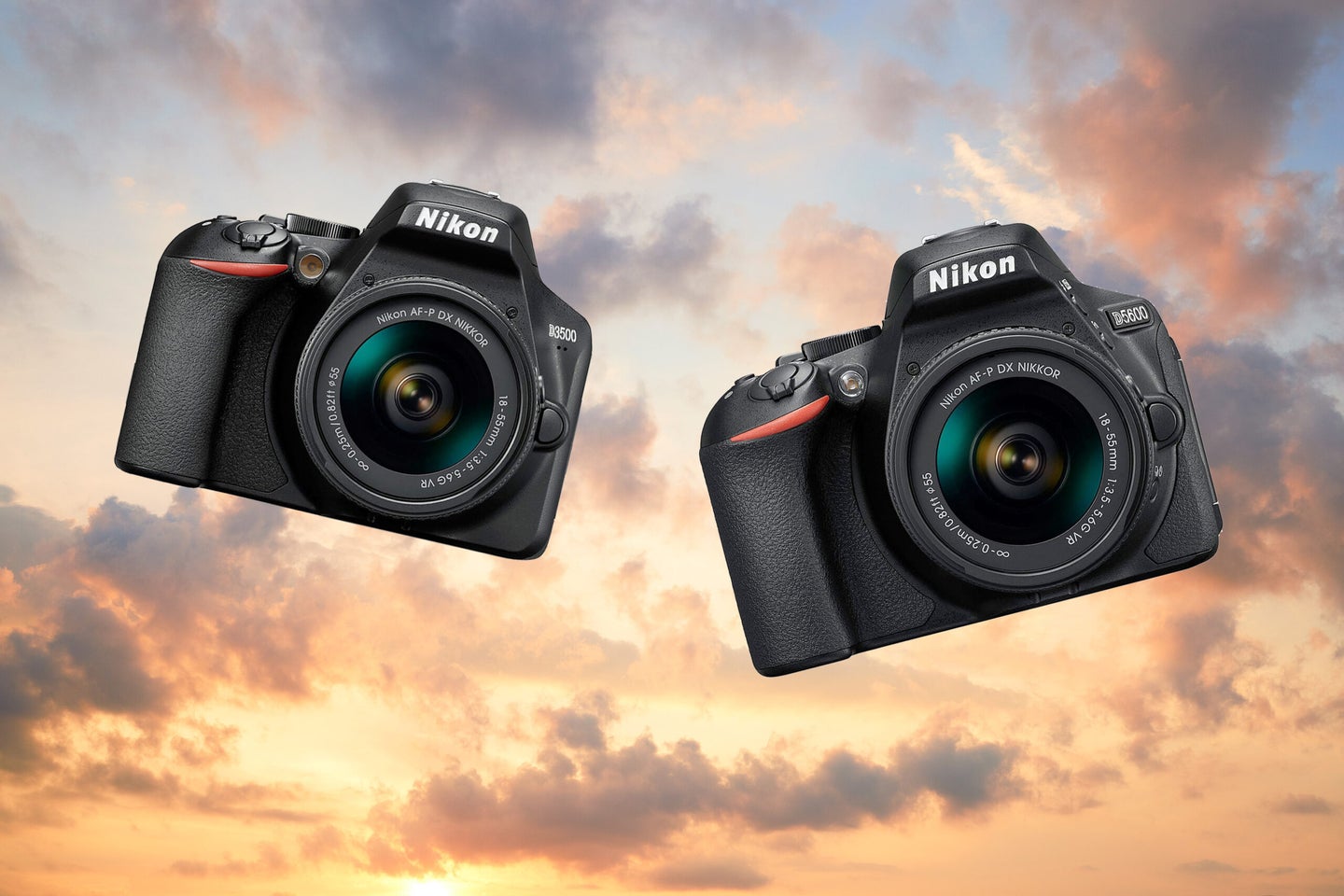 The death rattle of the DSLR just inched ever closer (Pentax shooters, cover your ears) with the news that Nikon has officially discontinued two more DSLR cameras, the D5600 and the D3500. That brings its current DSLR lineup down to just four cameras, only one of which has a sub-frame sensor.

This isn’t surprising, but still makes us a bit sad

Much like the recent wave of Nikon DSLR lens discontinuations, this isn’t exactly a revelation. Nikon Japan officially designated both cameras as being “old products” late last year, after all. And like all of its main rivals, Nikon’s commitment these days is clearly on the side of mirrorless cameras like its fast-selling Nikon Z9 flagship.

Predictable or not, though, we still find ourselves greeting this news with a touch of sadness. These were two very affordable cameras that were both a pleasure to shoot with and capable of great results. Heck, as of this writing the Nikon D5600 is still our recommendation as the best overall DSLR camera for beginners!

There isn’t that much call for beginner DSLRs anymore

It can’t be denied that both models were getting on in years, though. The D3500 launched back in August 2018 and was fast approaching its fourth birthday. And the D5600 is even older—it debuted in January 2017, so it’s had a five-plus year run.

But then again the D7500 and D850 have also been around since 2017, so why have the D3500 and D5600 gotten the chop? Likely because they’re also ones that are aimed nearer the entry-level of the market.

For a beginner in 2022, it just doesn’t make much sense to start off learning on a platform almost the entire industry has decided to abandon. Unless you’re planning on becoming a Pentaxian, you’ll be making the move to mirrorless eventually. If you do so from the get-go, you can save yourself the trouble of migrating between camera technologies (and lens mounts) later.

By way of comparison, Canon’s EOS DSLR lineup currently includes seven models. The EOS-1D X Mark III ($6,500) competes directly with the D6, while the 5D Mark IV ($2,700) and 6D Mark II ($1,400) fill out the full-frame lineup. All things considered, Canon is at least in the same ballpark as Nikon’s current full-frame DSLR offerings.

That, in a nutshell, is the entire DSLR market as it stands today: Just 16 cameras separating us from the end of an era, and of those, only six DSLRs sport an APS-C sensor size.

Of course, we’re not just relying on Nikon’s product listings as our sole source here. Nikon Japan and USA have yet to make any statement, but the company’s European division sent a letter to its dealers, and a portion of that document was shared by the folks at the UK’s Amateur Photographer magazine. In Nikon’s own words:

“You may have seen from recent Nikon Investor Relations releases that Nikon has focused its R&D efforts into mid- to high-end cameras and lenses, targeted at professional and hobbyist photographers. We are also focusing on strengthening products in response to younger hobbyists’ needs, for whom video is the primary focus. We can see the benefits of this focused R&D strategy, with launches such as the highly successful Z 9, and we are pleased to say that the product pipeline continues to look strong over the coming years. It is with this product strategy in mind that production has ceased on both the D3500 and D5600 cameras.”

The end of the end isn’t here yet, but it can’t be that far off

So how long do we have left until Canon, Nikon, and Leica pull the plug on DSLRs altogether, leaving Pentax entirely to itself? There’s no clear answer, but with Canon already telling us that the EOS 1D X III will be its final flagship DSLR and Nikon now having gutted the other end of its DSLR line, it seems the walls are fast closing in.

In the meantime, we’re not really expecting any more DSLR announcements from Canon, Nikon, or Leica in the future. With that said, we wouldn’t *absolutely* bet against a minor upgrade or two to existing models, though.

For the time being, it’s worth noting that both cameras (and many of Nikon’s other discontinued models) are still available, either from Nikon directly or from third parties. Once that existing stock is sold out, though, no more of these cameras will be made and no new stock sent out from distributors.

Longer-term, it’s inevitable that the off-switch will be flicked eventually by Canon and Nikon alike. Even once it does, though, many of these capable old cameras will still be out there shooting great photos for years to come. In fact, you can still pick up quite a few “slices of photographic history,” brand new, for the time being.

Discontinued cameras with new stock available from Nikon or affiliates include: