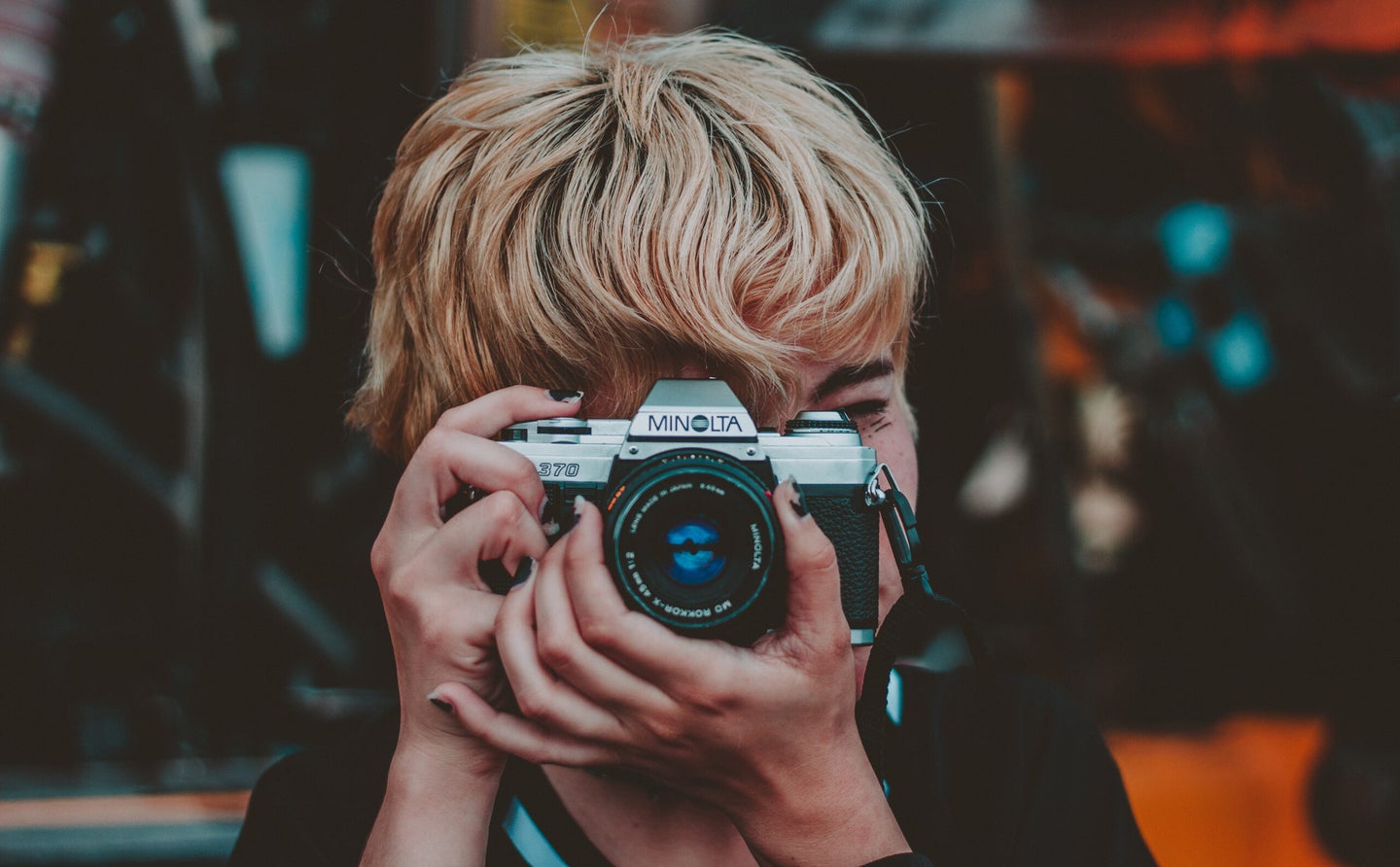 It's not about quantity. It's about quality. Alfonso Reyes via Unsplash
SHARE

This post on how to take better photos has been updated. It was originally published on April 14, 2021.

Film photographers were lucky: the cost and time it took to shoot film meant they had no choice but to get good. They only had 36 photos per ~$10 roll of film—which meant any photo they took was one less shot they’d get to take later—and to even see if they got what they wanted, they had to spend another $10 for prints. Every press of the shutter button cost them a little over 50 cents and having to wait until the roll was developed also meant there was no way of knowing, on the spot, if they had messed up. If they missed the shot, that was it.

Modern cameras and smartphones make it really easy to get technically good photos—almost everything you shoot will be sharp, in-focus, and well-exposed. You no longer have to worry as much that autofocus will mess up, that you dialed the ISO in wrong, or that the photo will be a blurry mess for any number of reasons. And each photo you take is essentially free. Plus, with super-fast burst speeds, users can simply mash down the shutter button until they get something that looks decent.

How to take better photos

Still, good photos aren’t great photos. Photography icons Ansel Adams and Elliot Erwitt didn’t strive for technically perfect pictures—they tried to make great, artistic shots. And the same happens with today’s great photographers. Annie Leibovitz doesn’t show up to a portrait shoot, whip out her smartphone, and call it done when she snaps a shot good enough for the ‘gram—she puts time and effort into her photos, even if she’s using a modern camera.

If you want to take great photos, the best thing you can do is go back to basics and learn to see the world as a film photographer. People are now shooting more photos than ever before (1.2 trillion in 2017 alone), but most give little to no thought to each shot. The key to great photos is shooting less and thinking more. Here’s how.

Getting into the film mindset

Related: 9 famous photography books everyone should own

When there’s a cost to every photo, they become much more important. You can’t just shoot thousands of them—you have to put time into each one. This is the mindset you want to develop, and you don’t need to actually shoot film to get it.

Don’t rush. Think through every shot and don’t just hit the shutter button as soon as you get the chance. Instead, take the time to think about what you’re trying to achieve. Why are you shooting a photo here and now? Do you want to capture a certain person, a special place, or even your vacation in a single image? What do you want people to feel when they see the photo?

Before even taking your camera (or smartphone) out of your pocket, imagine the photo you want to take in your head and focus on what it looks like. Get into the habit of “seeing” photos without looking through your viewfinder or smartphone screen, and work on it until it turns into an automatic skill. This is what lets great photographers pull out their camera anywhere and take a stellar shot in a seemingly effortless fashion. They already know what they’re going for even before their camera is in hand.

Look through the viewfinder & pause

Don’t just shoot as soon as you aim your camera. Pause and really look. Is this the best angle to take the photo from? Are there any ugly distractions? Are you cropping out anything you want to include? Just taking a few seconds to frame the shot is often enough to get it right the first time, rather than looking at the picture after you’ve taken it and realizing there’s a problem.

Take one photo at a time

Make it your goal to capture that image you want on the first attempt. Don’t let yourself treat photos as free. If you limit yourself to one shot per scene (and maybe one safety-backup) you’re instantly recreating a big part of shooting film.

Only take a few photos per session

It’s really hard to keep focused on making good photos for more than a few minutes at a time. When you go out, don’t try to shoot 50 photos. Instead, limit yourself to just a few per session. Five or 10 are great numbers, or you can go full-film and set a maximum of 36 photos per week.

The automatic modes on cameras are incredible for capturing technically perfect images, but they remove a lot of the artistic nuance. If you know how to control your camera, use manual mode and make yourself dial in all the settings by hand. Again, this recreates the film experience and forces you to really think about what you’re trying to achieve.

Turn off your camera’s LCD screen

Don’t look at photos as you take them. Instead, drill into the camera settings and turn off the LCD screen entirely. If you can’t look at the photos until you get home, there’s a penalty for rushing and messing up. The stakes will make it much easier to stay in the film mindset.

Do it for love

Great photographers love taking photographs—that’s why they got into it in the first place. Don’t let these artificial constraints be an annoyance, and instead use them to get deeper into the slow process of making great photographs. Get to that point where you enjoy taking your time.

Use the best of both worlds

Don’t get me wrong—I think the advances in modern digital cameras are great. They’re much better in almost every situation, but they can also hold your hand a bit too much. If you start just trusting the camera to take every photo, it becomes less about you and your vision, and more about what a manufacturer’s algorithms think a good photo should look like. That will get you a lot of technically good, but uninteresting, photos.

The best way to shoot is to use a modern camera, but approach every photo like you’re using film. Use burst mode and the LCD screen to make sure you get the shot you want on location, but don’t just blindly rely on them. Go slow, visualize what you want, and work for a great photo instead of just settling for a good one.