How to be a conscientious travel photographer: Creating thoughtful images with Susan Portnoy

The 'Insatiable Traveler' shares her advice on how to take meaningful shots that go beyond just a pretty picture. 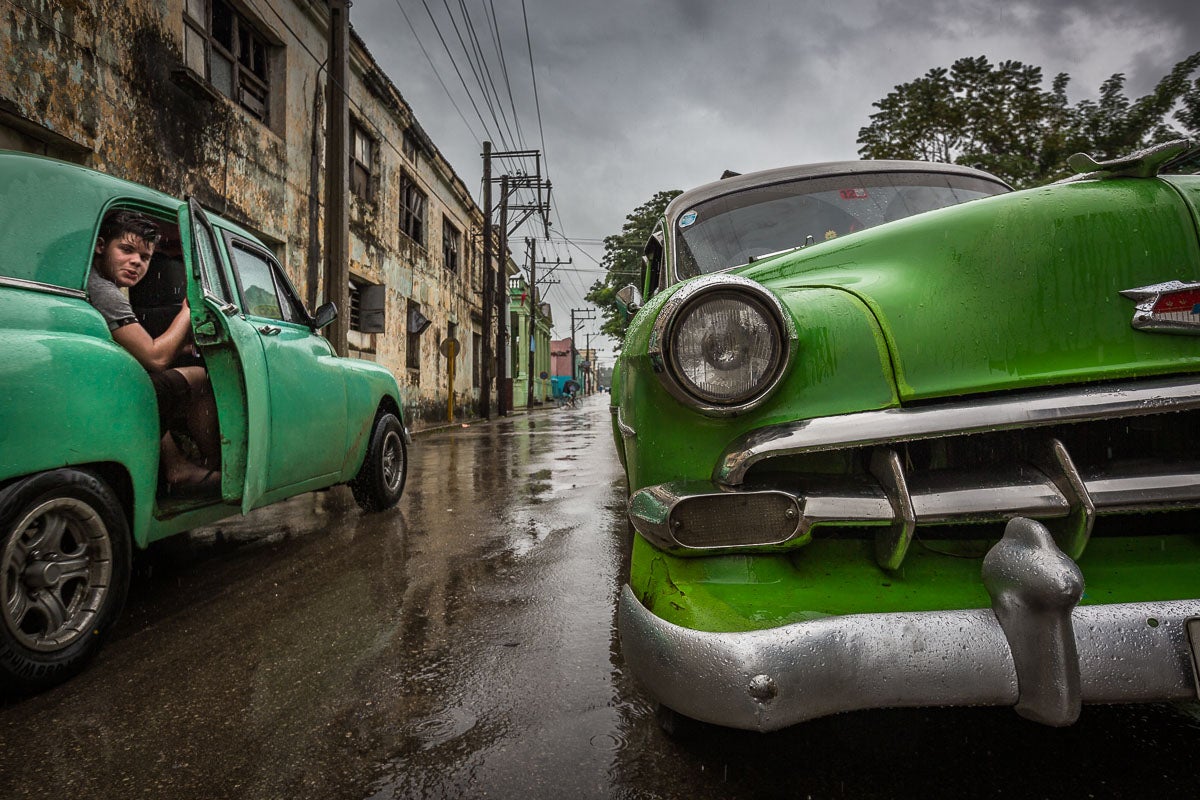 Portnoy will often eschew the typical, often over-used photos and angles of a destination in favor of something different that still gives a sense of place. Susan Portnoy
SHARE

So, you’re packing your bags—and your camera—for a little summer vacation. It’s only natural that you’ll want to document your trip, but, what’s the point of taking pictures at popular destinations when millions of others are, too?

PopPhoto chatted with award-winning travel photographer Susan Portnoy of The Insatiable Traveler, who has built her career on sharing thoughtful images that focus on the story of the places she visits. Portnoy’s work has taken her everywhere, from the Galapagos Islands to Peru. Here, she shares her advice for being a conscientious travel photographer and creating photographs that have depth beneath their beauty.

Related: How to travel with a film camera

You’ve built a reputation for taking travel photographs that share a story. Why is that important to you?

It’s important because I think that one, it’s interesting to people what the actual story is. That’s in addition to whatever emotional reaction they may have to that photo. It’s no different than when people watch those behind-the-scenes documentaries for a big film. You just like to know how it happened.

Portraits can feel intimidating for the photographer and the subject. How do you get people to warm up to you and create natural, authentic portraits?

It’s really important to smile. I used to [have a really] serious face, but to the person on the other side, they don’t know if that serious face is you thinking about what your settings are or that you’re not liking the way they look.

If you’re with a translator and you’re meeting somebody, when you ask the question, you ask it to the person you’re speaking to. Even though the translator is going to be the one who speaks to you, you don’t look at the translator and say, “Well, what is it that they do or what happens next?”

[I also think] knowing when to put the camera down [is important]. There was this wonderful Quechua community [on my recent trip to Peru] that allowed me to come by myself with a translator to see their Pachamama Festival for that community. It wasn’t some manufactured presentation. And at one point they wanted me to be involved. They were offering me Cocoa leaves and they wanted me to dance.

[So, what do you do?] You take the Cocoa leaf and you dance. I didn’t get any pictures of the dancing because I was dancing, but it’s important to recognize that it’s an honor and that they’re saying, “Okay, you want to come into our world? We want you to do that.” Sometimes you just need to put the camera down and respect the fact that they’re giving you their attention. Now, you need to give them 100 percent attention and not through the lens.

Trust me, when we were all dancing and they were spinning around, I was like, “I wish I was taking a photo.” [However], their obvious enjoyment, and the honor that they would [ask me to join] needs to take precedence.

What’s your advice for being a conscientious travel photographer and going beyond capturing just a pretty picture?

In your opinion, what makes for a compelling travel photograph?

From an editorial [standpoint] and from my heart, what I think makes a good photograph is if it captures your attention. It’s perhaps the use of color, perhaps the angle, who knows? It needs to have something that captures attention and, it’s cliche but it’s absolutely [important] to have a sense of place.

I think if it’s people, to me I want to feel like I’m a fly on the wall. Even if they’re looking at the camera, I want it to be, hopefully, where my presence isn’t changing how they would normally smile at a stranger or how they would behave. I want them to think of me as if I’m there without the camera, if they’re going to think of me at all. I don’t always have people looking at me for portraits and things like that. I think people can get stiff quickly, so when I just say “I’ll figure it out, you just do your thing,” that’s when I have the most success.

Do you have tips for photographing popular destinations?

Don’t go to those places. That’s me. From a professional point of view, no one needs to see my photo of Paris. There are a million photos of Paris. If I’m there, I’m not going to walk in front of the Eiffel Tower. But, it’s really [about] doing a little homework. If you’re going to be at the Eiffel Tower and you consciously want to try to get something new, Google has all the photos; see where people are usually doing it.

There are a lot of night photos with the lights sparkling. Can you get there at a different time of day? Can you get there during a special event that will give it a different character that only happens once a year? Can you play with the surroundings? Can you have other buildings or things that lead your eye to it, but it’s not just like, “Woo hoo, here’s the Eiffel Tower”? Truly, I try not to go to any of those places. I rarely go to the New Yorks or the LAs to photograph because there is going to be a point where everything has been done. It just has.

I think travel photography as a profession is really hard, and I’ve been fortunate that I had a very successful career [prior to jumping into travel photography] that has allowed me to handle months of not working because of COVID. It’s not right, but photography is constantly getting devalued and so it’s anxiety-producing and uncomfortable. You have to be comfortable with all of that to do it.

If not, run because it’s not going to work for you and you’re going to waste a lot of time. But that doesn’t mean you should stop photographing, because if you love it, keep doing it. It just means you don’t have to make a living off of it. But, if someone really wants to do that, it’s important to think of storytelling and give yourself an assignment. Think about how to do that storytelling. Do I have the closeups? Do I have the details? Do I have an establishing shot? Do I have a closing shot?

Conferences are a great place to network and it’s not just about the brands and the destinations and things like that, even though that’s super important [too]. It’s the other travel photographers. You’re going to learn a lot from them, they’re going to have had an experience that you haven’t had and someday you’ll be able to ask that person for some advice and you’ll get it.

I have a 5D Mark IV. I have a travel power strip that does both the plugs and USB, because I’m often in remote places [with just] one plug and I have multiple batteries and multiple things that I need to be charging. I never go anywhere without my travel power strip. I love my memory card holder. I never want to use a memory card twice on any one trip. It is one of my fail-safes, that and an external hard drive.

Nevada Wier, an amazing National Geographic photographer does incredible photos of people and I wanted to do a workshop with her. In the workshop she goes, “When you think you’re finished, just do one more.” That’s so true. There are plenty of times where you’re like, “It’s starting to rain. Eh, the festival’s over, whatever. I’m exhausted, I want to go home.” At that moment, go shoot one more. That one more always ends up being something and you don’t want to miss it.

What’s a photo you regret not shooting?

I don’t have any one photo. I’ve felt that thing where I’ve walked around and I’ve had the camera and I’ve seen some beautiful light or whatever it is and for whatever reason, I’m feeling insecure that day. I don’t want to stop the people. There are those moments. It’s that kind of thing where it is usually some candid out-of-the-blue moment where I see it and I know it would make a great photograph and I even have my camera, but for some reason, I don’t do it and then I’m always like, “Ugh, I should have done it.”

Thankfully, no major catastrophes in the field. That would suck. [A panic-inducing experience was] when my external drive malfunctioned. If I hadn’t had as many memory cards as I did to cover myself, I’d have been screwed.

What’s your biggest pet peeve as a photographer?

It makes me crazy when you are photographing something or someone and another photographer comes up behind you or to the side of you. Just that presence makes whoever it is that you’re having a connection with lose that connection or start looking at them. It’s rude. Wait till a photographer is done before you go run in.

I would say it’s a 5D Mark IV, other than the 1DX which I love, but it’s just a monster.