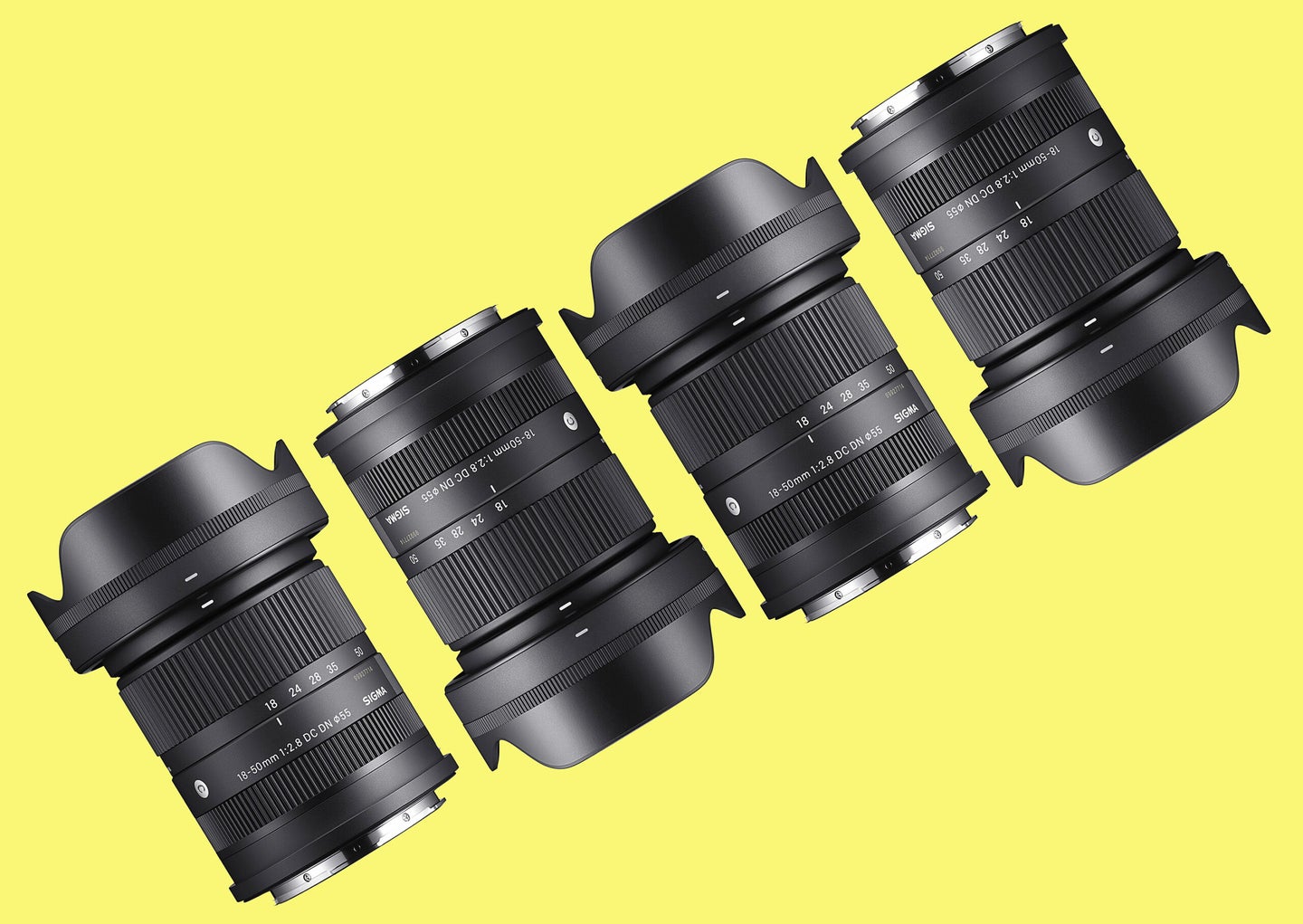 It’s also part of Sigma’s “Contemporary” line of glass. Lenses in this range tend to strike a nice balance between performance and compactness.

Priced at $549 and offering a super-versatile 27-75mm equivalent focal range with a constant f/2.8 aperture, there’s seemingly much to like about the Sigma 18-50mm f/2.8. Let’s have a closer look.

The new Sigma 18-50mm f/2.8 appears to be a good choice for a very wide range of photographic disciplines, including travel, street photography, landscapes, and portraits. Photographers should be able to get decent subject separation when shooting wide open at f/2.8. The lens should handle moderately low-light situations with ease.

The Sigma 18-50mm is also impressively compact and lightweight. This coupled with its flexible zoom range makes it a tempting option as an everyday walkaround lens.

The other option For Sony APS-C users is the Tamron 17-70 f/2.8 Di III-A VC RXD. Priced at $800, it’s considerably more affordable than the Sony and also offers image stabilization (the Sony and Sigma do not).

But the new Sigma 18-50mm f/2.8 is considerably smaller and lighter than both of the above. In fact, the Sigma is nearly half the weight of the Tamron: 10.2 ounces, compared to 18.5 ounces (the Sony weighs 17.4 ounces). The Sigma is also 3 inches in length, while the Tamron is 4.7 inches and the Sony is 4 inches.

There are currently far fewer APS-C L-mount bodies than E-mount. But if you are rocking a Leica T/TL2 and/or Leica CL, this is the only constant aperture standard zoom out there (made for APS-C).

Will it be available for other APS-C mounts?

In the past, Sigma has offered their other DC DN lenses for Canon EF-M and Micro Four Thirds cameras. No word yet on whether the Sigma 18-50mm f/2.8 will also be available in those mounts.

The Sigma 18-50mm f/2.8’s optical construction consists of 13 elements in 10 groups with three aspherical elements and one low dispersion element. To keep the size of the lens down, Sigma is relying on in-camera lens corrections to “further eliminates optical imperfections such as distortion and vignetting.”

It also makes use of Sigma’s Super Multi-layer coating, which will likely help keep instances of ghosting and lens flares to a minimum. And a 7-blade rounded diaphragm should produce bokeh that is “smooth and attractive,” says Sigma.

The housing of the lens is constructed using a mix of polycarbonate composite materials and metal, to keep the size, weight, and presumably the cost down. That said, the lens mount is brass.

Autofocus is driven by a stepping motor, which should result in silent and zippy AF acquisitions, whether capturing stills or video. And the Sigma 18-50mm f/2.8 offers an impressively close-focus distance of just under 5 inches.