It's the definition of a pocket camera, and I am here for it. 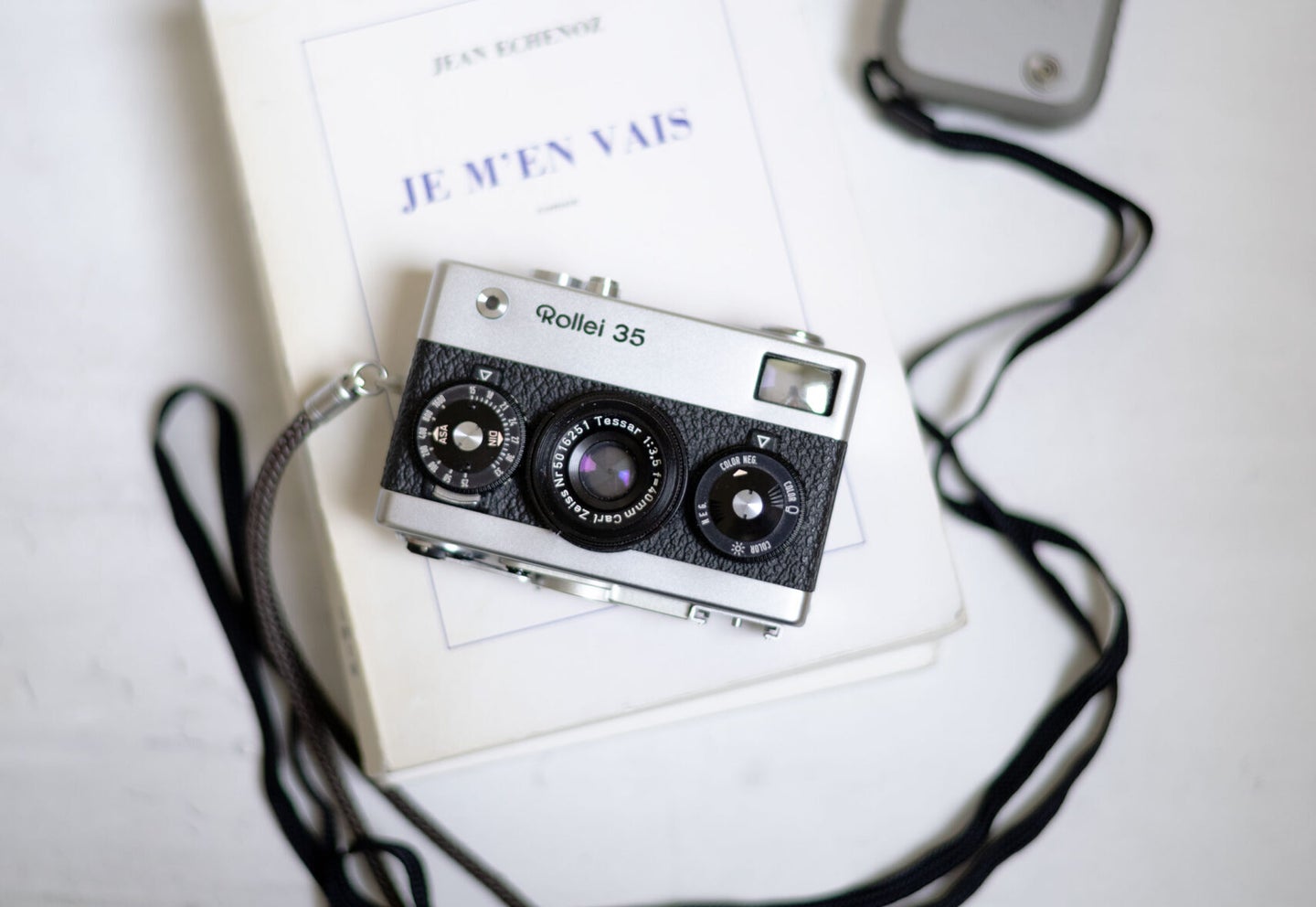 My Rollei 35, whom I have named Carl. Marissa Wu
SHARE

I’ve wanted a Rollei 35 ever since I caught wind of its existence. Delightfully compact, it’s one of the smallest film cameras on the market, alongside the Minox 35 EL and Olympus XA. I am a sucker for great design and aesthetic, which is why the Rollei 35 (and its little Zeiss lens) quickly won my heart. So, when I unexpectedly found a minty one on Facebook Marketplace, I knew I had to take the plunge. Any hesitation quickly faded with the lore that came with the camera: According to the seller, the previous owner (his wife’s father) was the president of RCA records. If true, can you imagine the photographs the camera must have made?

As a journalist, I can’t resist a good story, so soon enough, I found myself the owner of this lilliputian camera that is, frankly, smaller than most women’s pocketbooks. And the only thing that didn’t seem to work was the light meter.

At just 3.75 inches across and 2.5 inches tall, the Rollei 35—which debuted at Photokina in 1966—is pretty much the definition of a pocket camera. How can I say this with authority? Unlike many women, I forgo the handbag as often as I can, preferring only what I can shove into my (scarce) pockets. And I have, many times, placed my Rollei 35 into my coat or jacket pocket and been on my merry way.

Though a bit dense, it’s not heavy compared to all the gear you could lug around, and I love that the lens collapses into the camera for easy storage. Everything, from the aperture to the shutter speed and film advance, sits flat and compact, though always easily accessible. Front-facing dials control the aperture and shutter speed—nestled on those are smaller dials that set the ISO and denote the film type.

If you thought it couldn’t get any more efficient, think again. The Rollei 35 even manages to squeeze a hot shoe onto the camera body—albeit on the bottom instead of the top. You’ll need to play around with your flash a little bit to get it just right.

In some iterations, the camera comes with a Carl Zeiss 40mm f/3.5 Tessar lens, and in others, a Triotar (f/3.5) or Sonnar (f/2.8). Mine is the first, and I have no complaints. It performs beautifully, though by my hand, the results are occasionally blurry due to the zone focusing (more on that in a moment).

Who the Rollei 35 is for

Honestly, I say if you want an easily portable, non-assuming camera for any situation, that is also a handsome little thing, the Rollei 35 is for you. However, I can see how street photographers might especially benefit. The shutter is so quiet, that most would be hard-put to hear it fire.

The other thing is the zone focusing. Since street photography is all about freezing a moment, you don’t want to waste time noodling around with your focus. Zone focusing allows you to set your focus distance and shoot, knowing that everything that falls within a certain distance range will be sharp. You just need to be a good guesser—I am mediocre, and so I’ve had my fair share of blurry photos. But that’s just part of the fun! It personally challenges me to let go of the need to control every aspect of my photographs.

My one real complaint with this camera are the 40mm focal length and three-foot minimum focusing distance. I find 40mm to be a funky in-between—not quite wide enough like 35mm, but not tight enough like a 50mm. Using it is a compromise I happily make, though. I can’t shove any of my other cameras into my pocket, and when it comes to gear, I try to have the less-is-more approach.

Despite the quirks, this is the camera I’ve been reaching for more and more as my others (including a Rolleiflex) sit wallowing on the shelf. It really has helped me put the fun back in photography in the way it demands a carefree approach. That’s something I’ll take more of, thank you very much.