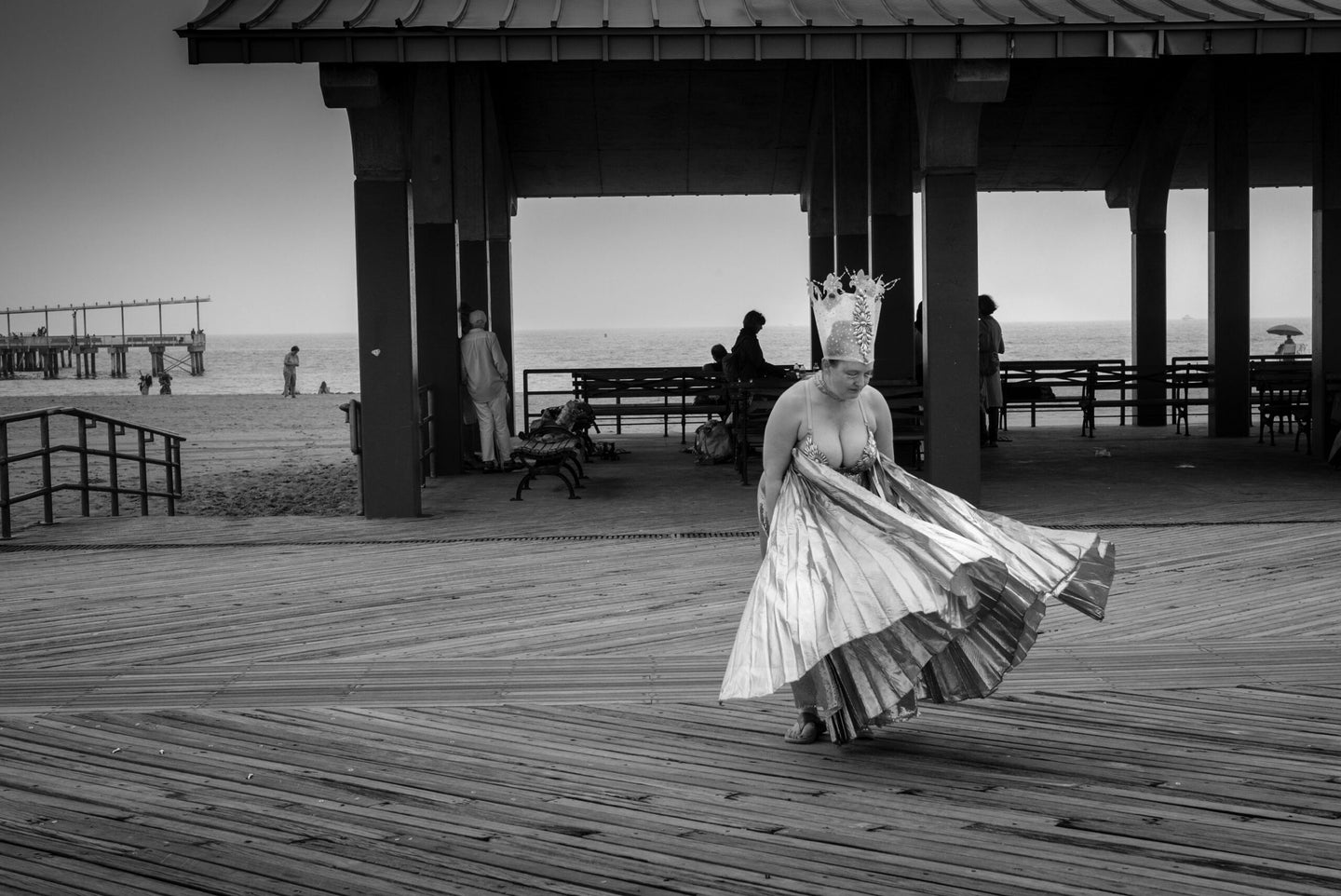 The Women Street Photographers exhibition, which runs from April 8-24, features the compelling work of 79 women representing 20 countries. Additionally, there will be a solo exhibition by Maude Bardet, a French street photographer based in Holland.

The venue is a former abandoned public school building with 89 units of affordable living/working space for artists and their families, along with 10,000 square feet of space at the disposal of arts organizations.

Be sure to check out these artists

With 79 artists featured, there’s no shortage of talent on display in this exhibition. Below are just a handful of the photographers worth checking out.

Deb Fong has been photographing for 21 years and is often drawn to color, geometric shapes, lines, faces, and motion. Her work has been featured in exhibits, competitions, and publications. And she’s presently a semi-Finalist in the Smithsonian National Portrait Gallery’s Outwin Boochever Portrait Competition 2022.

Jana Estocinova is a psychologist and neuroscientist based in Germany. Originally from Slovakia, she first began photographing in Italy while pursuing her Ph.D. Her work strives to capture both life’s poetry and irony.

Hailing from Mexico, Mónica Dessireé Martínez Lara received her first camera at age 13. Today, Lara is a professor at the Universidad Autónoma de Querétaro while also maintaining her studio, TIKA, which she uses to explore street photography, landscape, portraits, and design.

Zer Erdogan was born in Turkey and grew up in Germany. She works as a German teacher and began shooting street photography three years ago, with a focus on capturing human emotions.

Women Street Photographers began as an Instagram account in 2017. Samoilova, herself an award-winning documentary photographer, known for her haunting images from 9/11, felt a desire and need to empower female voices after the 2016 election, she told B&H.

“With that election, it [brings up] so many memories of sexism growing up and being the only female photographer in Bashkortostan, [my hometown],” she explained. “Living here in America, I enjoy the freedom. During the election, I just felt this urge. What do I do to give voice to more women and to empower them? That’s how I had an idea for putting together a first women street photographers group exhibition.”

While researching for that first show, she would save photos to an Instagram account aptly named @WomenStreetPhotographers. It wasn’t her intention for it to become a global community (she admitted, that social media wasn’t really her thing), but clearly, people were waiting for it.

“After a while, I just started posting all this work,” she remembered. “It seems like people…were ready for this account. It became quite popular so fast.”

Women of all backgrounds are welcome in the community, whether they are amateurs or professionals. Above all, it exists to empower photographers and give a voice to the female lens through exhibitions, a residency, and a film series.

“My goal is not just to show work by female photographers,” she continued. “I want to show good street photography. Good photography just happened to be done by women.”