Ricoh Japan plans to shift to a more niche sales/production approach for all camera models, including Pentax. Here's what that means for customers everywhere. 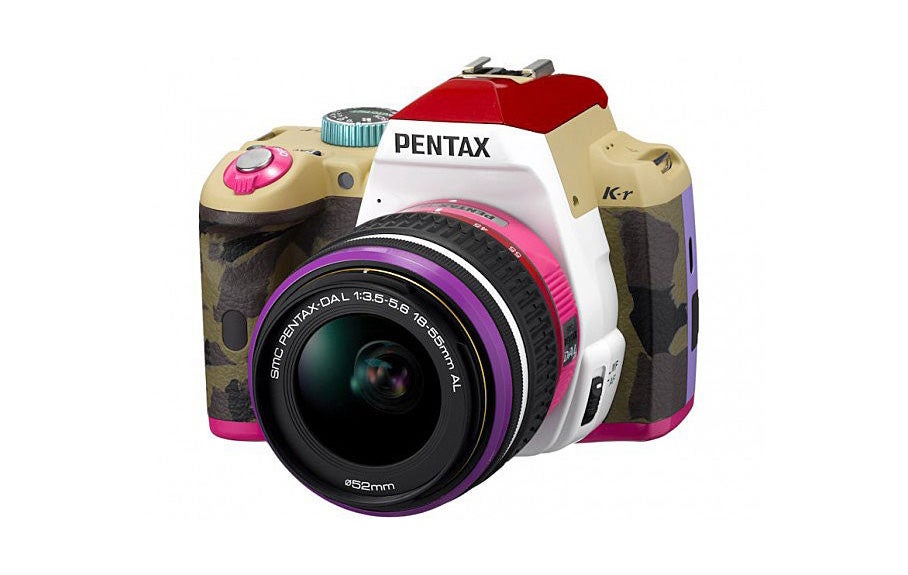 Big changes are coming for Ricoh Imaging in its Japanese home market as it continues to attempt a pivot from mainstream camera maker to a higher-end, niche brand more akin to Germany’s Leica. The company behind both Pentax and Ricoh-badged cameras has revealed a new strategy taking effect this April that will change how its products are made and sold to the Japanese public.

A switch to direct sales and more customer involvement

Going forwards, Ricoh feels that it can no longer rely on mass production and mass-market sales to survive in a contracting camera market, especially given the relative niche focus of its products. Instead, it’s going to transition away from selling through retail stores and rely entirely on direct sales to customers, both through the internet and through self-managed Ricoh Imaging stores.

As quoted in the company’s official announcement, Ricoh president and CEO Noboru Akahane commented (via machine-translation):

“Until now, we have been doing business while feeling the strong feelings of our customers for the PENTAX and GR brands. While I would like to respond to that desire as much as possible, I feel that the conventional method based on mass production and mass sales is becoming less accustomed to the recent changes in the market environment. But the activity of people taking pictures, sharing them, and having fun is rather endless. We will take on new paths together with our customers while politely responding to such diversified needs of our customers.”

It’s not entirely clear if the mention of Ricoh Imaging stores implies physical retail outlets in some larger Japanese cities, or refers to online outlets like crowdfunding and auction sites that help businesses to drop ship directly to their customers. Either way, though, it implies that Pentaxians and Ricoh shooters will be interacting much more closely with Ricoh itself, rather than via a third-party retailer.

Cameras that are better-honed to meet the needs of customers

That closer-forged relationship should not only help Ricoh to market its products better towards repeat customers but will also allow it to involve them more in its research and development processes. The goals here seem to be twofold. Firstly, Ricoh wants to better understand customers’ needs and create products that better meet them in the first place. Secondly, it seems to be actively seeking out further niches within niches where Pentax can differentiate itself from the competition.

An example of the latter came in the company’s recent Pentax Online Meeting 2021 for Japanese customers. Ricoh recently suggested that it is currently considering making monochrome and astrophotography-focused variants of the Pentax K-3 III, among others.

Is the company likely to sell either of these in better numbers than the standard versions, which themselves already sell in tiny volumes when compared to the likes of Canon or Sony gear? Of course not, but by finding these use cases which have gone unanswered and filling their needs, it offers further reasons for new customers to consider Ricoh products.

Ricoh’s statement also suggests that the company is switching to what Google translates as more “workshop-like” manufacturing. A better translation of this might perhaps be “artisanal”, though, as opposed to the more mass-produced products from bigger rivals. The implication is that Ricoh’s products will be made on a smaller scale and with more human involvement in the process, and perhaps even with the possibility of those products being customized to the buyer’s needs.

The company has already done something akin to this in the past. It was among the first to offer its cameras in a wide range of colors, and later even allowed customers the ability to customize their cameras’ color schemes from hundreds of combinations. It has also regularly offered limited-edition variants of its cameras over the years, some of which are quite unusual.

It has been widely reported elsewhere that Ricoh Japan’s statement means it will forgo mass-production entirely, but we’re not convinced that’s accurate. It’s important to note that everything discussed in this article is specific to the company’s plans in the Japanese market, for one thing. Ricoh Imaging America was quick to issue its own statement making this clear:

The announcement made by Ricoh Imaging Co., Ltd. on January 20, 2022 regarding a revamped approach to Ricoh’s digital camera manufacturing and distribution was specific to the local market in Japan only. “Ricoh/Pentax will not change its distribution structure in North America, and the company has significant plans and goals for the North America market this year that will utilize mass production of its products,” said Kazumichi Eguchi, President, Ricoh Imaging Americas Corporation. “Customers in North America can continue to purchase Ricoh and Pentax cameras through our authorized dealers and directly via our website.”

The fact that mass-production of products will continue for the US market simply doesn’t gel with the assertion by some outlets that there will no longer be mass-produced products sold in Ricoh’s home market. After all, its cameras are little changed worldwide beyond tweaks to the product bundle to account for regional variations. If a product is being mass-produced for some markets, it would make no sense to spend more money hand-making basically the same products for the Japanese market.

Our reading of this is that mass-production will continue, but that it will be *supplemented* by additional, more artisanal production of products for Japanese-market customers. In addition, the company might allow for some customization of otherwise-mass-produced products, much as it has done in the past with its unusual limited-edition models. But discontinuing mass-production altogether for the Japanese market? That just doesn’t make sense when considered in parallel with the statement from Ricoh Imaging Americas.

We think this is a smart strategy, even if it will need luck too

Some publications have also been quick to portray this as the death knell for Pentax, which is a drumbeat we’ve been hearing off and on for a couple of decades now. And we must admit when we first heard the news ourselves, our initial reaction was a mixture of surprise and concern until the necessary context was provided. But realistically, we think Ricoh is moving Pentax in the right direction here, even if its long-term success is far from guaranteed.

The brand’s fate is already sealed vis-a-vis the mirrorless vs. DSLR battle, after all. Its first mirrorless offerings were clearly misjudged, just as were those from several of its rivals. But where those companies followed their mirrorless misstarts with a second attempt, Ricoh instead doubled down on DSLRs. Were it to backpedal and go mirrorless now, it would merely find itself as the smallest, most easily-swallowed fish in an already well-stocked pond.

As the one brand that’s still putting money into developing newer and better DSLRs, though, it might be in a much smaller pond, but it effectively has the whole thing to itself. Its rivals have already either discontinued their DSLR offerings or made clear that their days are numbered, especially at the higher end.

Seem familiar? Leica’s been down a similar road before

It is, in effect, a variation on the Leica strategy. The German brand, once seen as on its last legs in the early days of the digital photography revolution, nevertheless managed to carve out a niche for itself at the high end of the market.

With that said, even when things seemed at their darkest, Leica’s brand was still treated with reverence by deep-pocketed photographers and collectors alike, who’ve long been willing to pay above the odds for that much-vaunted red dot. Pentax’s brand, at least right now, lacks that cachet even if the brand certainly has its ardent Pentaxian supporters. (Your humble author is counted among their number, incidentally, having been a K-mount shooter myself for the past decade-plus.)

But reputations can certainly be solidified with time. Strong offerings like the K-1 II and K-3 III are helping to cement its reputation among photographers who still favor DSLRs. And once Canon and Nikon finally move on from their current DSLR flagships, Pentax will likely be the only game in town if you want a new, high-end DSLR.

With laser-focused specialization on market niches and smaller production runs, though, costs tend to increase since you lack the economies of scale available to more broadly-distributed products. As Leica users have already found out, that tends to lead to much higher costs. As Pentax continues down the road that it’s on, it has to find ways both to keep the increases to a minimum and to justify them to its customers with ever-better products.

Cutting out the middlemen is a strategy that could certainly help in Ricoh’s stronger markets, with more of the sales price making its way back to its bottom line. And better tailoring its offerings to the needs of customers and perhaps even to your own specific, individual tastes could help too.

We can only hope it works, because as fans of a vibrant and competitive camera market—and of a wide choice of products that cover the needs of all—we want to see Ricoh and Pentax survive for decades to come.