Liquid lenses could be the ticket to more powerful space telescopes. Experimentation on using them has already begun. 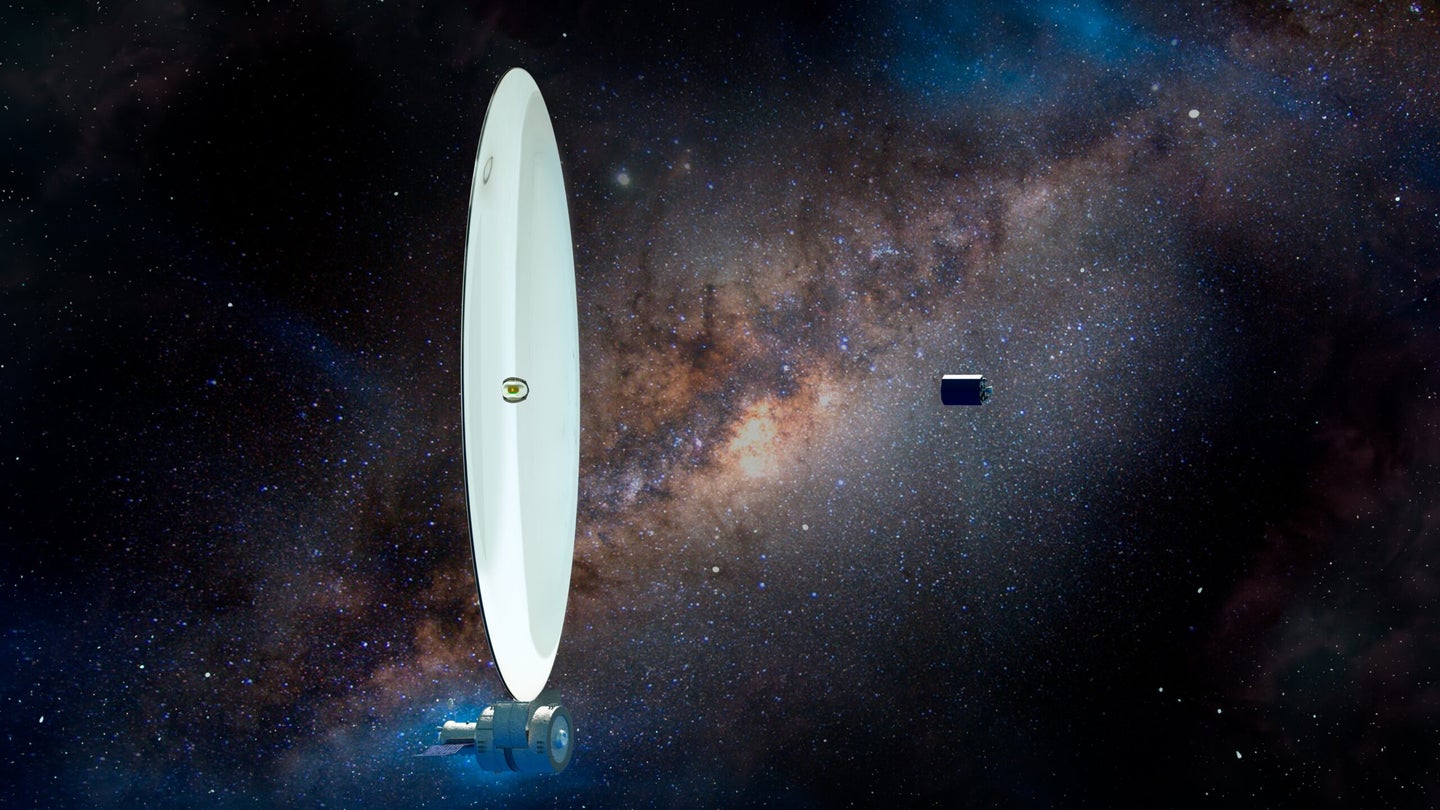 NASA is always searching for new ways to extend its ability to see into the outer reaches of the universe and, in its latest series of experiments, it’s exploring a method that could enable it to build telescopes ten—or even 100—times larger than the James Webb Space Telescope (JWST). Here are the exciting details.

The Laws of Physics are (annoyingly) physical in nature so, when it comes to optics, size is everything. For telescopes, this means bigger is always better.

Larger telescopes are able to gather more light, which allows astronomers to see smaller, darker, and more distant objects with greater clarity. Although the JWST is more technologically advanced than the Hubble Space Telescope, one of its biggest advantages is that its primary mirror is around 6.25-times bigger. It collects a lot more light so it can see further—and there is nothing Hubble can do to change that.

But size comes with a huge cost—both in dollars and convenience. The whole JWST project has cost $10 billion. Construction on the primary mirror started in 2004, and just aligning the mirror-segments in space takes three months. The reason the mirror-segments need to be aligned in the first place is because they were flat-packed for easy transportation. When the JWST is fully deployed, it’s about the size of a tennis court (69.5 by 46.5 feet), and no rocket on Earth is presently able to fly something that large into orbit.

Liquids do the work

For NASA, this means that any technology that allows them to create larger telescopes, without the hassle it currently takes to construct and assemble them, is pretty exciting. This is where liquid lenses come in.

As NASA explains in its blog post announcing the latest experiments, liquids have surface tension: “an elastic-like force that holds them together at their surface.” It’s this that keeps small droplets of water spherical here on Earth, at least until the force of gravity acting on them gets too much and they collapse under their own weight.

In space, though, gravity isn’t as much of a problem. There’s almost no limit on the size a spherical droplet can be. (This causes certain toilet problems.) That’s why NASA wants to explore if it’s possible to make high-precision optics using liquids.

As Edward Balaban, principal investigator of the Fluidic Telescope Experiment, or FLUTE, explains:

“In microgravity, liquids take on shapes that are useful for making lenses and mirrors, so if we make them in space, they could be used to build telescopes that are dramatically bigger than was previously thought possible.”

Related: Photographer captures a ‘once-in-a-lifetime image’ of astronauts spacewalking outside the ISS

So far, the FLUTE team has proved the concept in a series of experiments here on Earth.

Using a bucket filled with water, they were able to make lenses with “an outstanding surface quality comparable or even better than achievable with the best polishing methods”. Even better, “they took only a tiny fraction of the time to construct.”

With the proof of concept confirmed, they tested their ideas on two ZeroG parabolic flights, where they had a total of 50 periods of 15 to 20 seconds of weightlessness. Once again, they were able to successfully create liquid lenses—at least until the parabolic arc leveled out and gravity kicked back in.

The next step is to conduct these liquid experiments on the International Space Station. All the gear is currently up there awaiting the arrival of the Axiom-1 astronauts in the next few days. Mission Specialist Eytan Stibbe will be in charge of running the test, which will involve making lenses from liquid polymers in micro-gravity, then curing them—either with UV light or heat—so they can be returned to Earth for further study.

“We expect this approach will create perfectly shaped and smooth surfaces: the best surfaces to turn into mirrors,” says Vivek Dwivedi, a FLUTE scientist at Goddard. And that would get NASA one step closer to a giant space telescope.