The image, made using a consumer telescope, is so detailed you can clearly see two astronauts in it. 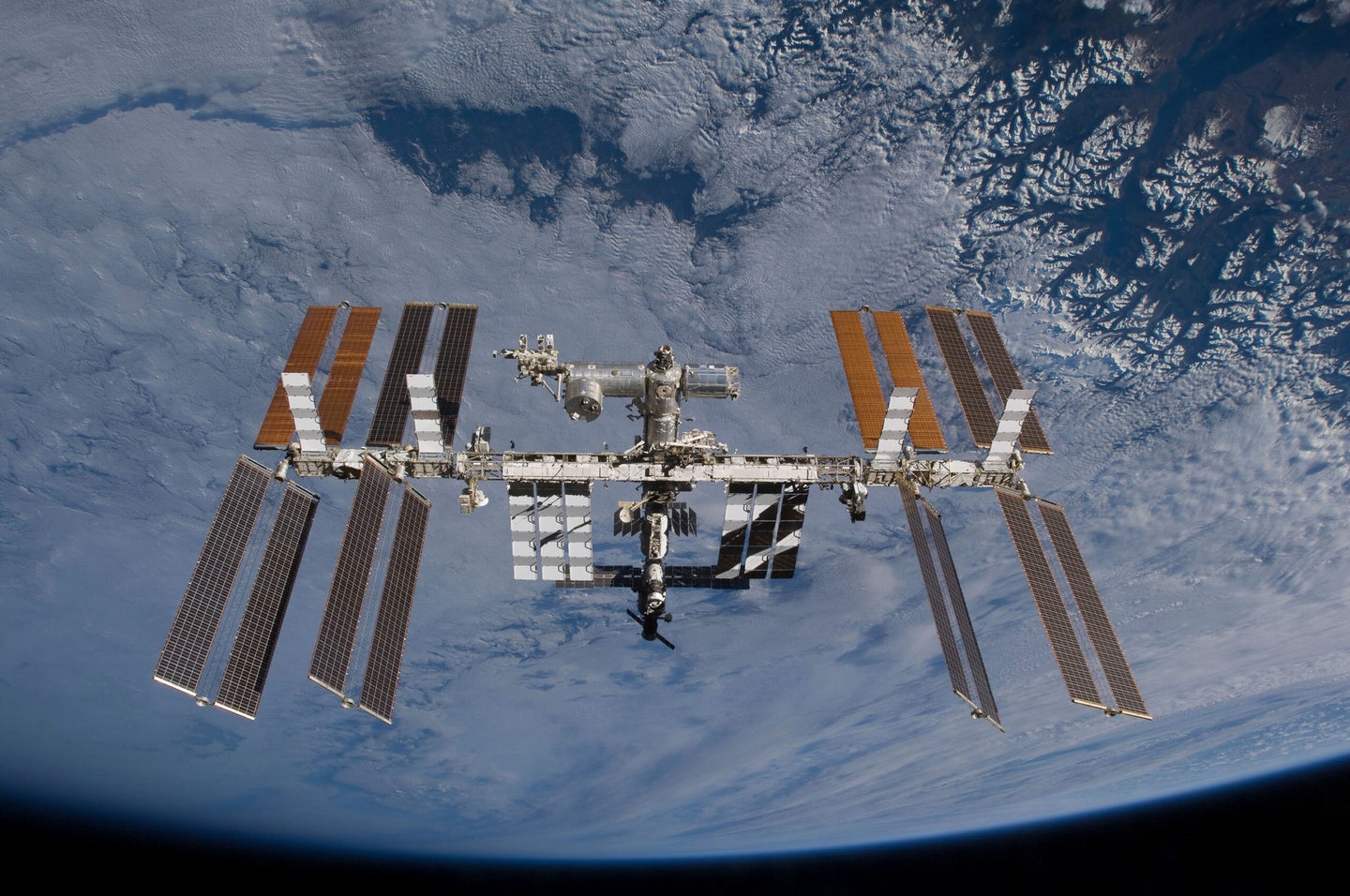 German astronomer and photographer, Sebastian Voltmer, recently accomplished a most impressive feat: capturing astronauts on a spacewalk outside the International Space Station, from the comfort of planet Earth, using nothing more than an off-the-shelf telescope.

Yesterday I witnessed the #spacewalk shortly after sunset. Here comes a first photo. #ESA #astronaut Matthias Maurer was just “climbing” at this moment.
The rod-shaped structure (Canadarm2) is the robot arm.
Greetings from Matthias Maurers hometown – it was very exciting. #iss pic.twitter.com/39Q7YlG64u

This amazing image was snapped on March 23rd, 2022 using a C11 EdgeHD telescope, “shortly after sunset in the bright evening sky over Germany,” says Voltmer. And it clearly shows astronauts Matthias Maurer and Raja Chari performing a routine spacewalk outside the station—Chari is the one seemingly dangling upside down (see Tweet below).

“I feel like I just made a once-in-a-lifetime image. It’s probably the first ground-based picture showing two spacewalkers on the ISS at the same time,” Voltmer says.

Update: 2 Spacewalkers Imaged From The Ground

During the #spacewalk of the two astronauts @Astro_Raja and @astro_matthias the International Space Station appeared shortly after sunset in the bright evening sky over Germany. This image of the #ISS was taken on March 23, 2022. pic.twitter.com/xkKJtSoZFc

About the telescope used

The C11 EdgeHD telescope, used by Voltmer, can be purchased new for around $4,500 on its own (or closer to $6,500 with mounting accessories). While that isn’t exactly cheap, it’s also not outside the realm of attainable for an avid astrophotographer—and hey, it’s still more affordable than the Dragonfly Telephoto Array, made from 168 Canon 400mm lenses.

The telescope has 2800mm of reach and a fixed f/10 aperture. Voltmer used it attached to a robotically-controlled mount, to help track the station’s movement. You can check out a video, with behind-the-scenes details about his setup, below.

This story once again proves that you don’t need to be a professional photographer to capture something amazing or unique. And even if you don’t have a pricy telescope (or camera), you should still get out there and explore! Who knows, maybe you’ll shoot a once-in-a-lifetime photo too.

You can see more of Sebastian Voltmer’s work here.