How to ‘focus’ a six-ton space telescope

The James Webb Space Telescope is nearly halfway through its alignment process and already the photos are looking really cool. 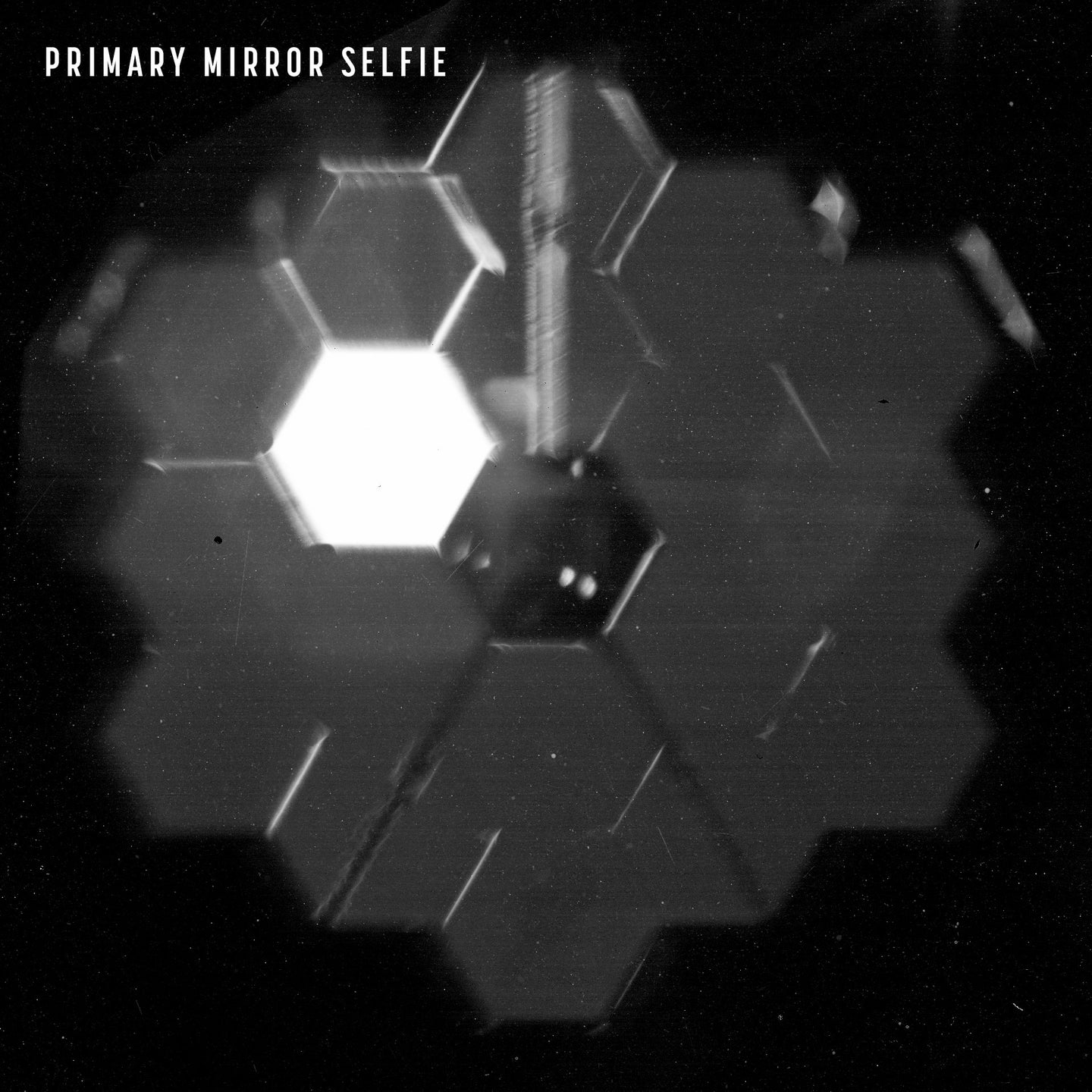 A "selfie" taken by the James Webb Space telescope during the early stages of calibration process. NASA
SHARE

Focusing a six-ton, $10 billion space telescope isn’t as simple as turning the focus ring or letting autofocus do its thing. It requires multiple steps of alignment and calibration. That process appears to be going smoothly, though, for the new James Webb Space Telescope (JWST), launched in late December 2021. NASA just completed phase 3 of the 7-phase alignment process, and the photos are already starting to look interesting!

What is the James Webb Space Telescope?

While not a replacement for the Hubble Space Telescope, the JWST is basically its successor. It is significantly larger and will focus on observing infrared light to look further into space, and further back in time.

Instead of orbiting Earth, it is 1.5 million kilometers away at the L2 “Lagrange Point” where the gravity of the Earth and the Sun combine to keep it locked in a similar orbit to ours, just farther out. This is all so it can stay cool and let its infrared instruments observe the deepest, oldest reaches of the universe.

The JWST launched on Christmas Day last year and, despite hundreds of potential ways it could all end in disaster, arrived at its final destination on January 24th, 2022.

Why does the JWST need to be aligned?

The JWST uses 18 primary mirror segments. They all have to be aligned perfectly to within a fraction of the wavelength of light (~50 nanometers) for them to work together as a single telescope, instead of as 18 separate telescopes. (The JWST uses mirror segments because a single combined mirror would have been too large for any rocket on Earth to launch.)

To put this in context, NASA says:

“If the Webb primary mirror were the size of the United States, each segment would be the size of Texas, and the team would need to line the height of those Texas-sized segments up with each other to an accuracy of about 1.5 inches.”

How do you focus a space telescope?

Aligning the JWST is a three-month-long, 7-phase process:

The team has, so far, completed phases 1, 2, and 3 using the Near Infrared Camera (NIRCam).

Prior to phase 1, the NIRCam saw 18 separate fuzzy dots when it was pointed at HD 84406, a bright, isolated star. The team at NASA didn’t even know which dot corresponded to which mirror segment, so their first job was to wiggle things around and find out. That was phase 1, Segment Image Identification.

Once they knew which fuzzy dot was which mirror, they started phase 2, Segment Alignment, and corrected the largest of the positioning errors. Although not fully in focus, the dots were then somewhat sharp.

Phase 3, Image Stacking, was completed last week. This is when the mirror segments are moved so that all 18 dots overlap. They’re all still slightly out of focus, but now the segments are starting to work as one unified telescope.

What’s next for the JWST?

Personally, I adore these weird, abstract, scientific shots, but there’s a lot more to come.

Over phases 4 and 5, NASA will align the mirrors up so they are “in phase” or all focused on the same thing.

In phase 6, the team will align all the other instruments up with the telescope (since they’re only using the NIRCam at the moment).

Finally, in phase 7, any small tweaks and adjustments left will be made.

At some point over these final four phases, the photos we get from the JWST will be less abstract art, and more revealing. And after that, the JWST’s mission will truly begin.