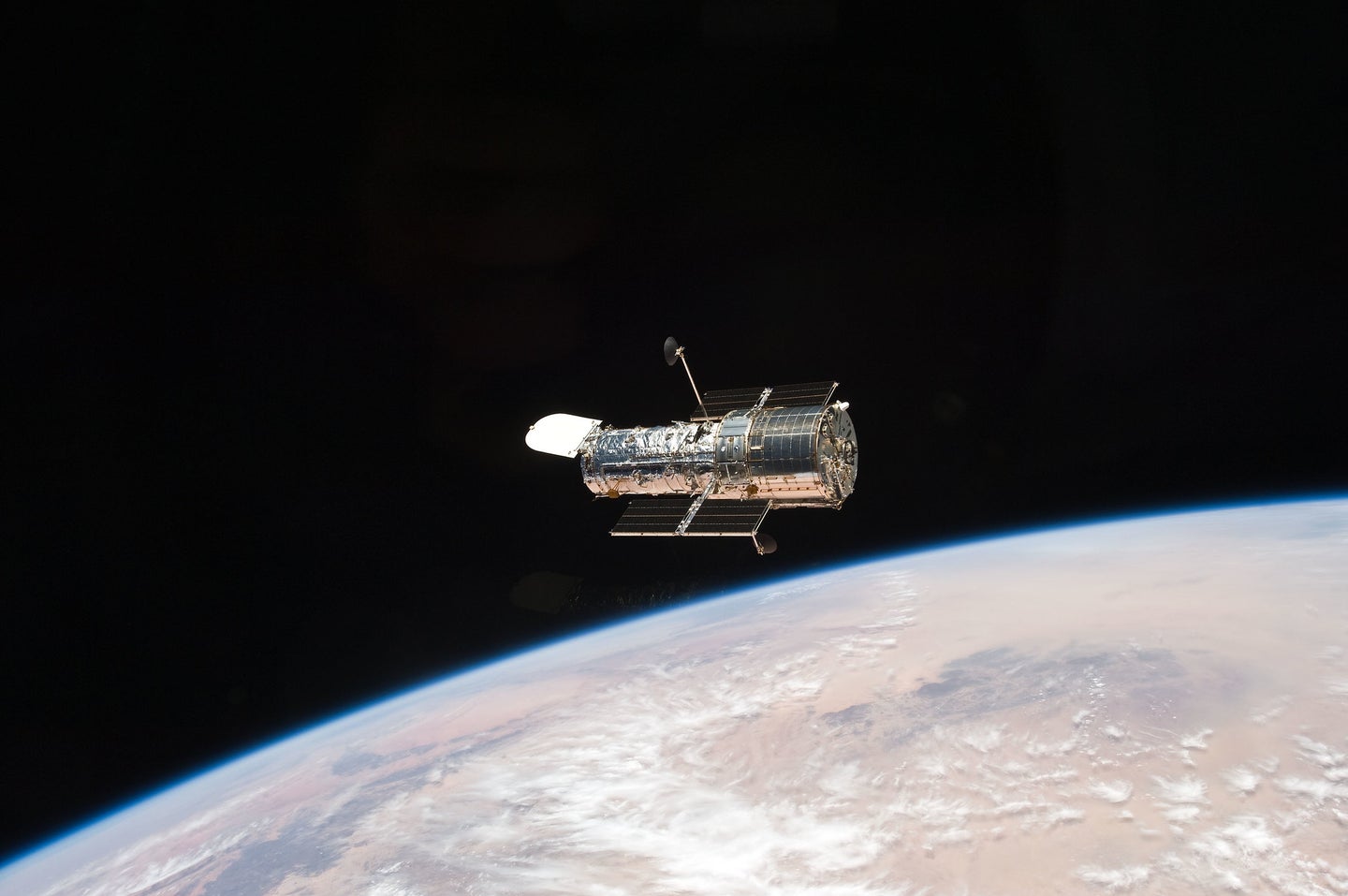 The Hubble space telescope launched back in 1990. NASA
SHARE

Camera troubles are the worst—just ask the engineers at NASA. They’re currently trying to fix the Hubble Space Telescope, which is in safe mode for the second time this year. And they have to do it remotely.

Hubble has been in orbit taking pictures of far away galaxies for more than 30 years. It was launched in April, 1990. And bar the occasional breakdown, bit of routine maintenance, and upgrades, Hubble has been snapping away ever since. It’s taken more than a million photos that have fuelled over 18,000 peer-reviewed scientific papers. Suffice it to say, it’s had a serious scientific impact.

But Hubble is getting old. It was last serviced in 2009, before the Space Shuttle Program was shut down, so it’s not surprising that the occasional hiccup is happening.

In June, Hubble was shut down for over a month because of a glitch with a payload computer from the 1980s. NASA was able to get things up and running again by switching to a backup.

Hubble’s current predicament is thought to be less serious. All the scientific instruments are healthy; instead, the problem is with “multiple losses of synchronization messages.”

Since Hubble entered safe mode late last month, the engineers have already got the Advanced Camera for Surveys instrument back online and making scientific observations. They’re continuing to work on fixes for the other instruments using ground based models. Whatever solutions they do find, however, will all be software-based—there are currently no plans for another service mission to Hubble.

What’s next for Hubble?

While Hubble might be on the way out, it’s far from gone. It’s hoped that it will keep working until at least 2026, if not 2030—though that obviously depends on the ability of the engineers to keep fixing things from the ground.

But the bigger news is that Hubble’s successor is on the way.

The James Webb Space Telescope is scheduled to launch from French Guiana on the December 18, this year. It is a significantly larger telescope than Hubble, and will focus on observing infrared light to explore the furthest reaches of our universe—and look back in time.

Unlike Hubble, the JWST won’t orbit the Earth. Instead, it will be placed at the L2 “Lagrange Point”, where the gravity of the sun and Earth combined will keep the satellite locked in a similar orbit to ours, just a bit further out. This will enable it to keep cool, so that its infrared instruments can do their thing. Of course, that’s assuming all goes well—NASA has a list of 344 ways the JWST could fail.