Is it officially time to say goodbye to the compact camera market?

Unlike its DSLR cousin, the point-and-shoot era is truly over. 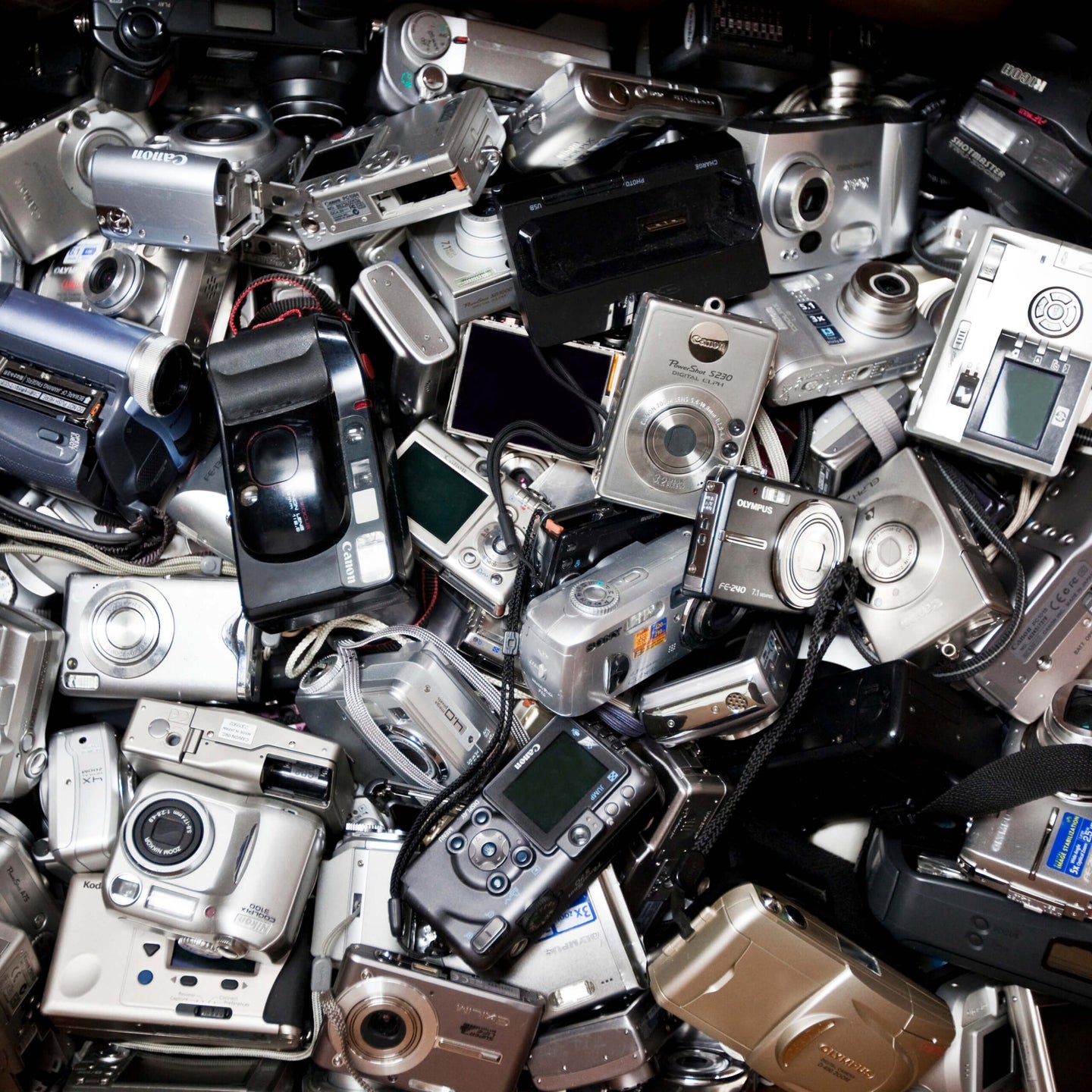 Point-and-shoot cameras are dead, according to Nikkei. Not only has the market collapsed to a fraction of its former size but nearly every major manufacturer has either discontinued its compact range or just not made a new model in years. While smartphones get blamed for a lot of unrelated things at the moment, it’s probably fair to say their rise is directly responsible for the compact camera decline.

Worldwide shipments of point-and-shoots peaked at 110.7 million cameras in 2008, a year after the iPhone (with its paltry two-megapixel rear-facing camera) was introduced. Since then, the market has plummeted—just 3.01 million compact cameras were sold around the world in all of 2021—as smartphone cameras have improved.

Personally, I’d say the five-megapixel camera in the iPhone 4S, released in 2011, was the turning point for many people. It was the first smartphone camera I ever used that felt like it could take great pictures.

While no major camera manufacturer has declared the compact market dead, they are all acting like it is. The proof of the compact camera decline is in the pudding: According to Nikkei, Canon, Nikon, Panasonic, Fujifilm, and Sony have all either drastically cut or discontinued production.

Canon hasn’t released a new compact camera since 2019, although it told Nikkei it was “shifting to higher-end models” while continuing to support lower-end models. At least, as long as there is still demand.

Nikon, according to Nikkei, has stopped developing its “Coolpix” line of compact cameras. Nikon said that it sells two “high-magnification models,” though their future would be at the mercy of the market.

Panasonic told Nikkei that it was planning to keep making compact cameras, however, it had scaled back production and was focusing its development efforts on high-end mirrorless cameras—including one it’s working on with Leica.

According to Nikkei, Fujifilm has stopped producing its “FinePix” line of compact cameras, though it’s still producing high-end models like the X100V.

Finally, Sony told Nikkei that it hadn’t stopped developing compact cameras—though it hasn’t released a new one since 2019. Presently, there are a handful of “current,” high-end Sony compacts on the market.

With Canon, Nikon, Panasonic, Fujifilm, and Sony all out, the only companies really left are Ricoh/Pentax and OM Digital (formerly Olympus)—neither of which is mentioned in the Nikkei article.

While OM Digital is still very much transitioning to its new ownership structure, Ricoh is just doing Ricoh things. It’s released two different point-and-shoots in the past year: the Rioch GR IIIx and the Rioch WG-80.

Granted, neither is a typical point-and-shoot. The GR IIIx has an APS-C sensor and an f/2.8 lens, while the WG-80 is ruggedized and waterproof, and both target different high-end segments.

It seems that after a turbulent decade, we might finally be seeing things settle down in the camera industry. Canon thinks the camera market has largely “bottomed out” so it makes sense that the major manufacturers would stop trying to push point-and-shoots onto a largely disinterested public. The good news is that they then have the resources to invest in the kinds of cameras that people still buy.

Though, if you still want a point-and-shoot, Ricoh is the obvious brand to look to.