Will Canon’s next camera be liquid-cooled?

Magnetic liquid cooling may be Canon’s answer to the issue of CPU heat. 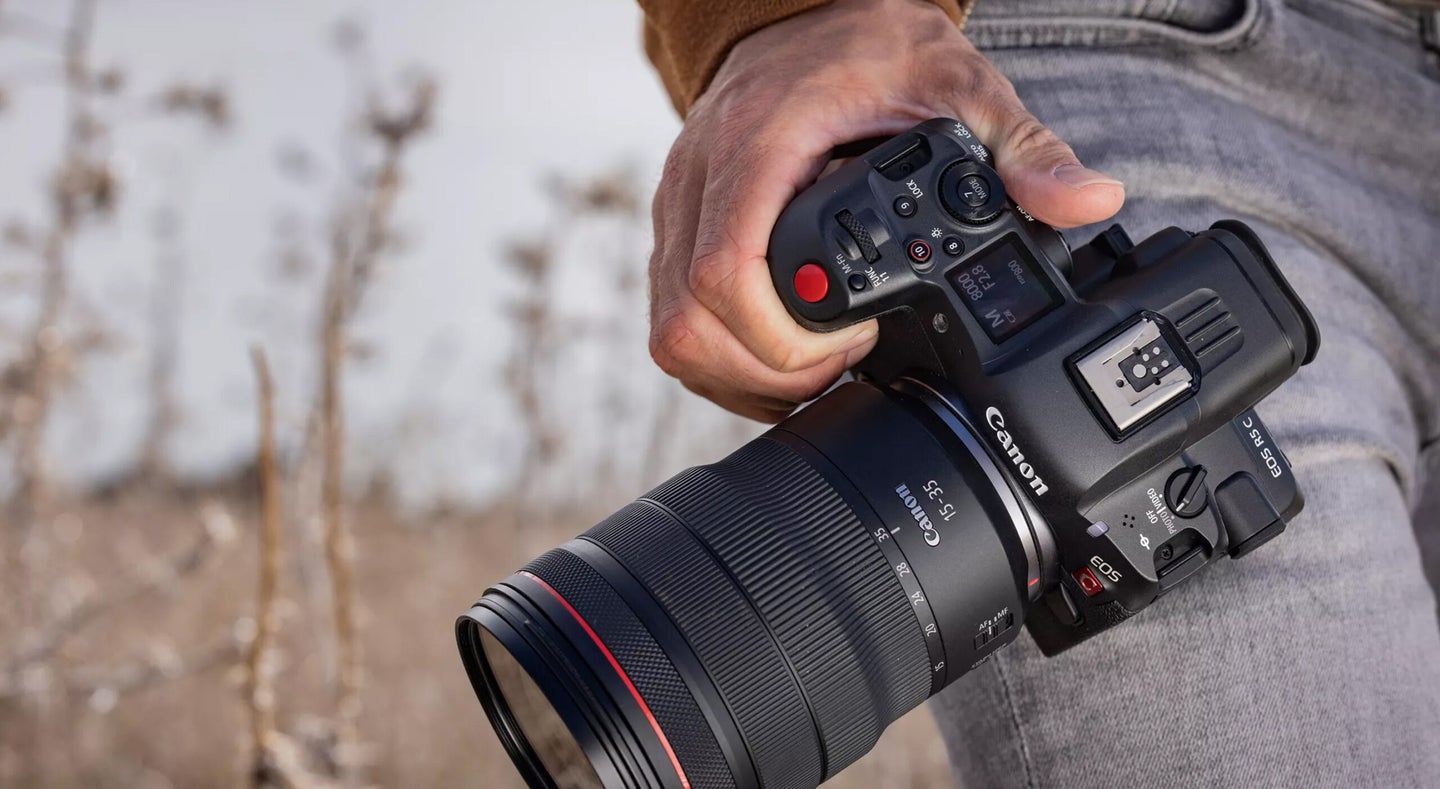 Modern cameras are amazing. Top-of-the-line models like the Canon EOS R3, Nikon Z9, and Sony A1 can detect subjects automatically and help us shoot tack-sharp photos at jaw-dropping frame rates, as well as video at resolutions of 6K and beyond.

Yet all that power comes at the expense of a lot of heat. At the same time, modern interchangeable-lens cameras tend to be fairly compact, leaving little space for much-needed cooling. And as manufacturers continue to pack in ever more processor power with each generation, the need for better thermal management grows—which is why Canon is exploring the possibility of a liquid-cooled camera.

The era of fan-cooled cameras has already arrived

Camera heat is enough of an issue that we’ve seen active cooling fans in video-oriented cameras from Canon and Panasonic, as well as in an external accessory for the Fujifilm X-H2S. And now a patent application from Canon points at an even more radical solution: Magnetic fluid-based cooling.

Canon’s system revolves around the use of ferrofluids, which are essentially liquids that react to the presence of a magnetic field. (You may have seen them used to great visual effect in YouTube videos like this one.) And while Canon is certainly not the first to experiment with the technique, the company is the first we’re aware of to propose its use in a digital camera.

In Canon’s just-published US patent application, the company describes several different potential designs for a ferrofluid cooling system in a camera, but they break down into two main subtypes, active and passive.

Both work in the same basic way, however, using the magnetic field from one or more magnets in concert with the force of gravity to cause ferrofluid to flow through their conduits. As they do so, they pick up heat from a chosen component(s) and then vent this on the cooling side of the loop as warm exhaust air.

It’s reminiscent of a liquid cooling system in a gaming computer, except with a more complex thermal carrier fluid—but also one which can be fully sealed within a closed conduit with no need for a physical pumping mechanism.

One of the systems proposed by Canon in its patent application has a more integrated design and is intended only to cool the image sensor alone. It appears to use a passive heat sink inside the handgrip to vent excess heat from the camera. This system requires just a single magnet, and for bonus points, it’s one that is already within the camera, located on the rear of the shutter mechanism.

The other system aims to cool the entire image sensor assembly complete with a sensor-shift mechanism as a single unit, with the two halves of its system connected only by thin conduits. This latter design is an active type, including a fan that would draw air in from an air intake inside the handgrip, and then vent the warmed exhaust from the base of the camera.

In this system, there are two magnets required. One is affixed to the sensor shift mechanism, while the second is located within the handgrip and rotates around its vertical axis. (Canon does note that these positions in the patent aren’t set in stone, however.)

Both of these designs are described in ways that suggest that Canon isn’t just going into this as a thought exercise and/or a way to bolster its patent arsenal, but is actually considering how to integrate this liquid-cooled tech into a real-world product.

For one thing, Canon engineers thought to use an existing component to provide the necessary electromagnetic field in its passive design. And it also notes that the fan in the active design could be powered using the Peltier effect. This would generate the requisite current from the temperature gradient in the cooling system itself, allowing the fan to continue running for as long as is needed after the camera is switched off. In the process, it would resolve concerns about temperature spiking when the battery runs out.

The tech is maturing, but it still has some way to go

Of course, even if Canon is considering real-world usage as noted previously, there’s still no guarantee that this will be commercialized any time soon.

The diagrams in Canon’s patent application suggest that the system would still take up a significant amount of space inside the camera body, especially if active cooling is required. So, there’s likely still much work to be done to miniaturize the technology, not to mention in designing and tooling up to manufacture actual cameras that incorporate it.

But if Canon is successful both in having its patent applications approved and in commercializing the tech, liquid-cooled cameras could be the way of the future. And for the video market, in particular, that could be a big deal!