New gear: The Canon EOS R5 C can shoot unlimited 8K video thanks to a giant fan on back

What do you get when you cross the Canon EOS R5 mirrorless camera with a Canon EOS Cinema camera? The EOS R5 C. 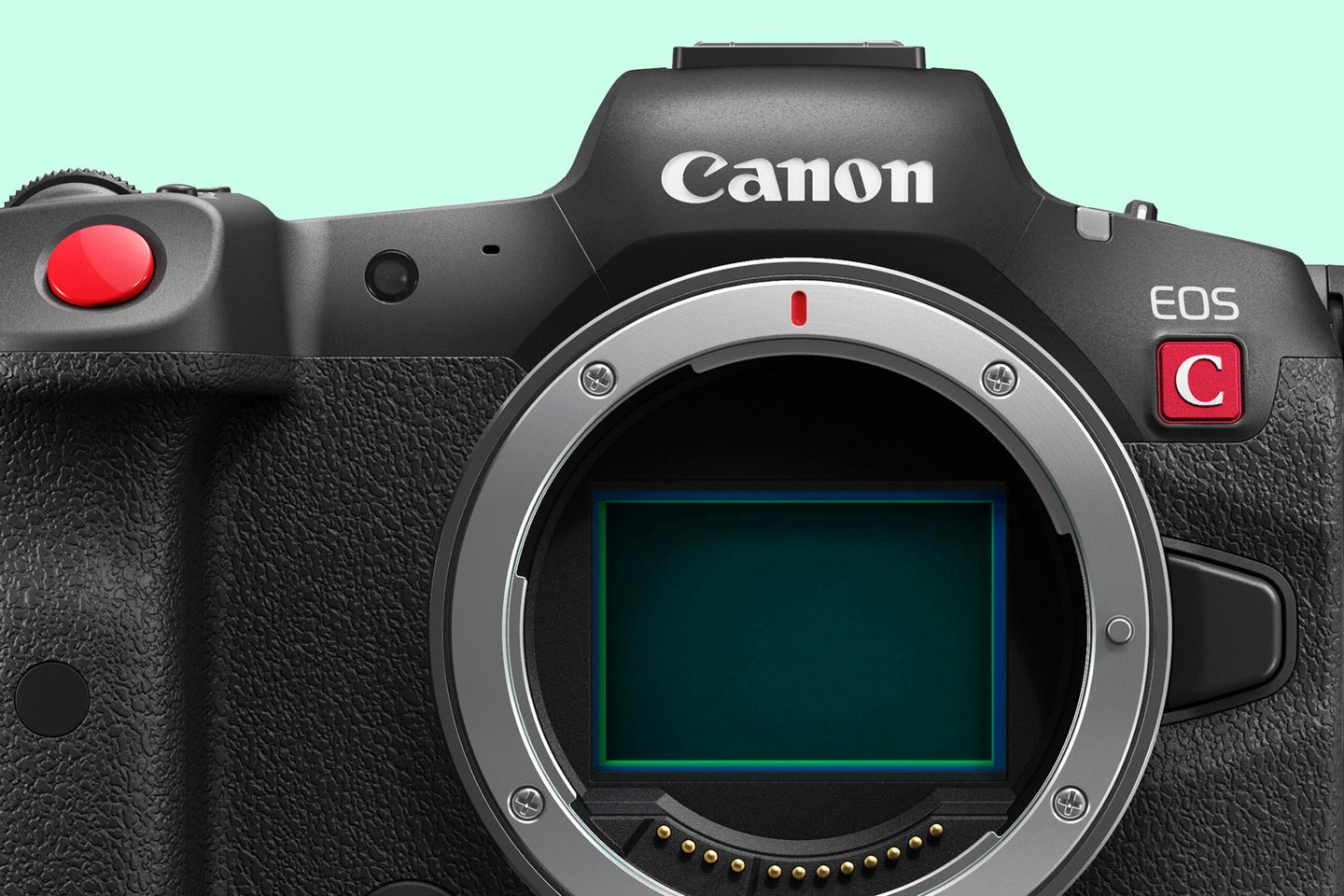 Canon has announced the new EOS R5 C, a full-frame camera that bridges the gap between the brand’s standard EOS line of mirrorless cameras, and the more filmmaking-focused EOS Cinema line.

From a still photography perspective, the Canon EOS R5 C and Canon EOS R5 are essentially identical in their abilities. But from a video standpoint, the EOS R5 C is far more capable thanks to a large cooling fan on the back, which helps unlock unlimited 8K capture. The EOS R5 C also inherits an interface from the EOS Cinema line (when in video mode), along with several other nifty cinema-centric features and shooting modes. Let’s take a closer look.

Unlimited 8K video is clearly the standout feature of this new camera. While the EOS R5 can technically shoot 8K, the camera has a tendency to overheat while doing so. This requires long periods of inactivity to cool down. Needless to say, the 8K mode on the EOS R5 is far from usable.

With the EOS R5 C, RAW 8K footage can be captured in 12-bit mode, at up to 60 fps, with no record limit (using Canon’s “Cinema RAW Light” format). The camera can also shoot unlimited 4K/120p video with no crop, in 10-bit mode, with full autofocus.

The new fan on the back—which helps make all of the above possible—adds about 1 inch of depth to the camera body and 1.1 ounces of additional weight, compared to the standard EOS R5. But aside from the large rear hump (and a big red shutter button), the two cameras look very similar. The grip is also unchanged, so they likely handle in a similar fashion too.

The EOS R5 C gains quite a few features from its EOS Cinema siblings. These includes 8K HDR capture in Hybrid Log-Gamma (HLG), the ability to shoot Canon Log 3 gamma, ProRes video output at up to 8K/30p, and the ability to record proxy files to an SD card when outputting video to a separate capture device.

It also gains Canon’s multi-function shoe, allowing the R5 C to play nice with various microphones and multi-channel audio solutions. In addition, it includes a timecode terminal, for syncing footage when you’re shooting with multiple cameras. And users now have the ability to assign button functions separately for stills and video capture.

Speaking of customization, another small design change on the EOS R5 C is the addition of a three-way mode selector (Photo/Off/Video). When using the camera in its photo mode, users will encounter the standard Canon EOS menus and interface. But in the video mode, the camera brings up the EOS Cinema interface.

While the EOS R5 C has a lot to offer, one thing it’s missing compared to its sibling is in-body image stabilization. Fortunately, this doesn’t mean you’re entirely out of luck if you want to shoot hand-held. An electronic image stabilization mode works with Canon’s stabilized lenses, to help keep things smooth. But using this feature comes with a 1.1x crop.

What’s the same as the EOS R5

The layout of buttons and the design of the grip is also nearly identical. And both cameras make use of the same LP-E6NH battery. You’ll also find matching SD/CFexpress card slots on each, as well as equal burst shooting capabilities—12 fps using the mechanical shutter and 20 fps using the electronic.

In a lot of ways, the EOS R5 C is the camera Canon promised when they launched the EOS R5. It’s truly an 8K-capable cinema camera, that’s equally well-suited for stills capture, whether that be fast-action, portraiture, or anything in-between.