A whole new meaning to the term "spray and pray" 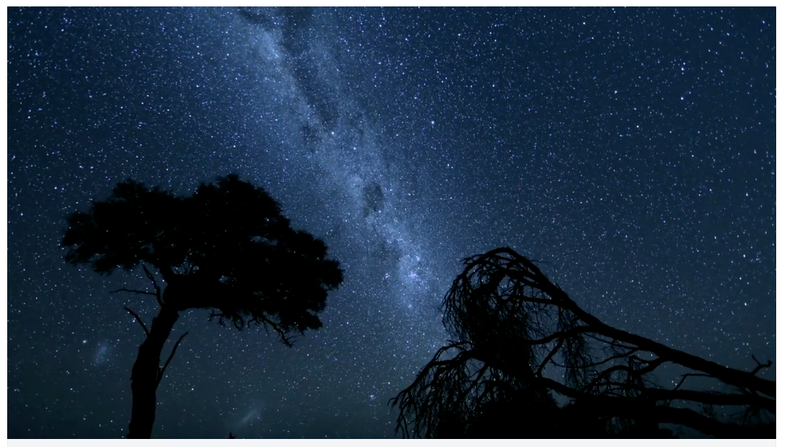 There’s a video going around the web today that’s basically a commercial for Canon’s new 1D C cinema camera. It makes the case that, with 4K capture in the camera, shooters can essentially roll video and just pull the moment they want from the footage rather than taking still photos. The video itself is staffed with some big name cinematographers like Philip Bloom, as well as some high end photographers and it’s causing a bit of an uproar.

It’s not a new debate. In fact, several years ago, GQ used a still frame pulled from video shot on a 4K RED camera for the cover of their magazine. Wire services have been selling stills pulled from video — sometimes awful-looking video — as images because they’re the best representation of an event. As the video implies, it’s a little bit troubling and actually a little bit exciting.

4K resolution is 4096 x 3072, which is roughly 12.6-megapixels. As we all learned back when it was in style to “debunk” the megapixel wars, that’s enough pixels for most applications, even printing. And because of that, it’s totally possible to get a great image by taking a single frame from a video. In fact, with 24 full-resolution frames per second, that’s a full 10 fps better than the Canon 1D X can manage in its fastest still mode.

It essentially takes image-ruining blinks out of the equation. It lets you nail the absolute best expression your subject offers up. It gives you the option of actually showing something in motion rather than always opting for a still. There are a lot of advantages for this to come to fruition.

Of course there are drawbacks. You don’t get the kind of RAW file that we’re used to, but that will likely change down the road. There RED cameras already offer some RAW-type support for stills.

Then there’s the matter of the aspect ratio. The relatively wide native video format is different than what many of us are used to seeing when we shoot stills with our DSLRs. And if you’re used to the less-wide 4×5 format, it’ll seem even more jarring. That effect is amplified when you turn the camera into portrait orientation. They show a photo of a bird and a few portraits in the video and the look a bit, well, silly. Still, shooting video in the vertical format just feels wrong. But, if your final goal is a still, you could probably get over it. You can also change the aspect ratio in video, but then you’re compromising your video for photos, which is a change.

Another big problem with multi-media shooting is trying to get footage that works both as motion and as stills. The 1D C captures 4K at 24 fps, which looks great when you’re playing it back. That framerate gives the signature jitter that we associate with watching movies instead of the soap opera-like smooth movements of 30 or 60 fps. Have you seen the reactions to Peter Jackson’s The Hobbit in 48 fps? Many were unhappy with how it looks.

At that frame rate, slight motion blur looks right in video. It helps the frames meld together and guides the eye through the footage. When pulling a still, though, it simply ruins it. Yes, you can shorten the shutter speed and still play it back at 24 fps, but do it too much and you get footage that looks odd. When you set up your lighting, you’ll need to use constant light sources, so you can’t rely on flashes to freeze the action either. That alone is a big shift for some.

As one reader pointed out, though, there are ways around this already. Software can pull stills with different settings while video recording is in action. It’s actually a feature found on many compact cameras with video capture.

And what are you going to do with video shot in vertical mode?

When you’re shooting high-end video, the camera is often moving on rails or a tripod head that rotates. It helps keep the viewer interested and there are some specific motions that convey different things. If you’re aiming for a still, you might be sliding yourself right out of the perfect shooting angle. Plus, you’ll almost always be shooting on a tripod, which may not be your style with a still camera. There are compromises everywhere that need to be reconciled stylistically.

Then there are the technical limitations. A 64 GB card will hold 4 minutes of 4K video. Storage is getting cheaper, but resolution will continue to grow. And those cards don’t just have to be big. They have to be fast as well. And if you’re trying to pull RAW files down the road, you’re going to need a fast computer. The good cameras also cost tens of thousands of dollars. But, the price is coming down. In fact, the latest GoPro camera will do 4K capture at 15 FPS for $300. That thing isn’t going to replace your pro DSLR, but if they can get 4K into a body that tiny, how long before it’s in a compact or an ILC or a consumer grade DSLR?

Focus is issue as well. Shooting sports with the 1D X is awesome in large part because of it’s AF system which is, technically speaking, pretty bananas. That’s not an option for motion, at least not yet. That will mean using smaller apertures in some cases to try and keep things in focus as they move. In no small way, that would actually change the look of the final product. Of course, cinematographers are more than used to manual focus, but many of us still photo types aren’t. Of course, that’s not to say that you can’t use AF, it’s just no where near what some DSLRs offer in terms of speed and tweakability.

Oh, and then there’s that whole thing about changing the way we look at photography entirely. This has always been about capturing the moment. Knowing when to pull the trigger is something that defines a photographer. Maybe the expression isn’t exactly perfect or a hand is out of place, but when you’re looking at a photograph, that moment has passed. The viewer often doesn’t know what they would’ve missed had they photo been taken just before or after. With video, you can go back and watch that moment and all the others surrounding it. The editing process would become an entirely different animal.

We talk about the decisive moment being the time when we press the shutter. Super-fast burst rates have changed that a little, but now a much larger part of that decisiveness can come later, sitting in front of a computer rather than out in the field. The jury is still out on whiter or not that’s a good thing and it will likely remain that way for some time.

But, if you look on the professional front, the two businesses are growing closer all the time. Wedding shooter especially are jumping on board, trying to make the most of stills and motion. In some ways, it’s actually opening up an industry that may otherwise be suffering in the wake of so many well-intentioned, DSLR-toting amateurs.

While many hard core still photographers have become immediately enraged by the idea that motion can even be considered in the same breath as pure photography, it’s something we should all be thinking about. At the end of the day, the processes are very similar. You’re capturing light. You’re picking your spots. Picking your angles. Picking your moments. Some people say this type of capture will “kill” still photography and that seems very short-sighted. Though, as burst rates creep up, the difference between a burst of photos and a short video blurs substantially. It will be very interesting to see just how far that convergence can go.