Three new action cameras are on their way 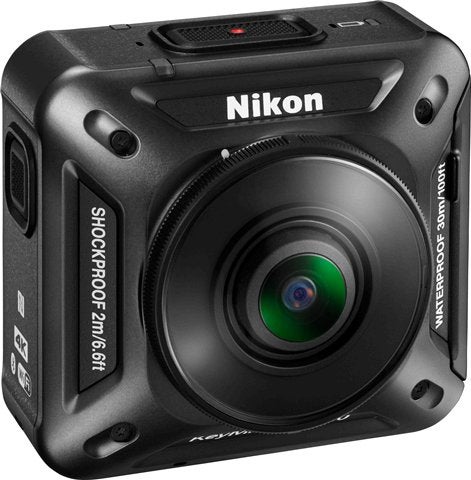 Yesterday at Photokina Nikon announced that it is diving full-force into world of action cameras with the KeyMission line.

The KeyMission 360 was actually revealed earlier this year at CES as Nikon’s first 4K UHD 360° video camera. The camera will be available starting in October for $499.95.

The KeyMission 170 features an ultra-wide f2.8 lens and an 8.3-megapixel CMOS sensor that can capture 4K UHD video. It’s waterproof up to 33 ft, shockproof to 6.6 ft and freeze proof to 14° F. The 170 will retail for $399.95. Its shape is similar to that of a GoPro, so it should feel familiar to experience action camera shooters.

The final camera of the action cam line is the KeyMission 80. This camera can capture stills and HD video at 1080p and has an f/2.0 lens. It is waterproof up to 3.2 ft, shockproof to 6 ft and freeze proof to 14° F. The KeyMission 80 will retail for $279.95. This is meant to fit into the life-logging category. It’s meant to be slipped into a pocket or even snapped onto a bag strap to capture images throughout the day.

With the announcement of the new GoPro and Garmin‘s recent strong resurgence in the action camera market, it will be interesting to see how Nikon fares at this point in the game.