Films worth shooting with before they’re gone

Give your digital camera a break and shoot these film rolls while you still have the opportunity. 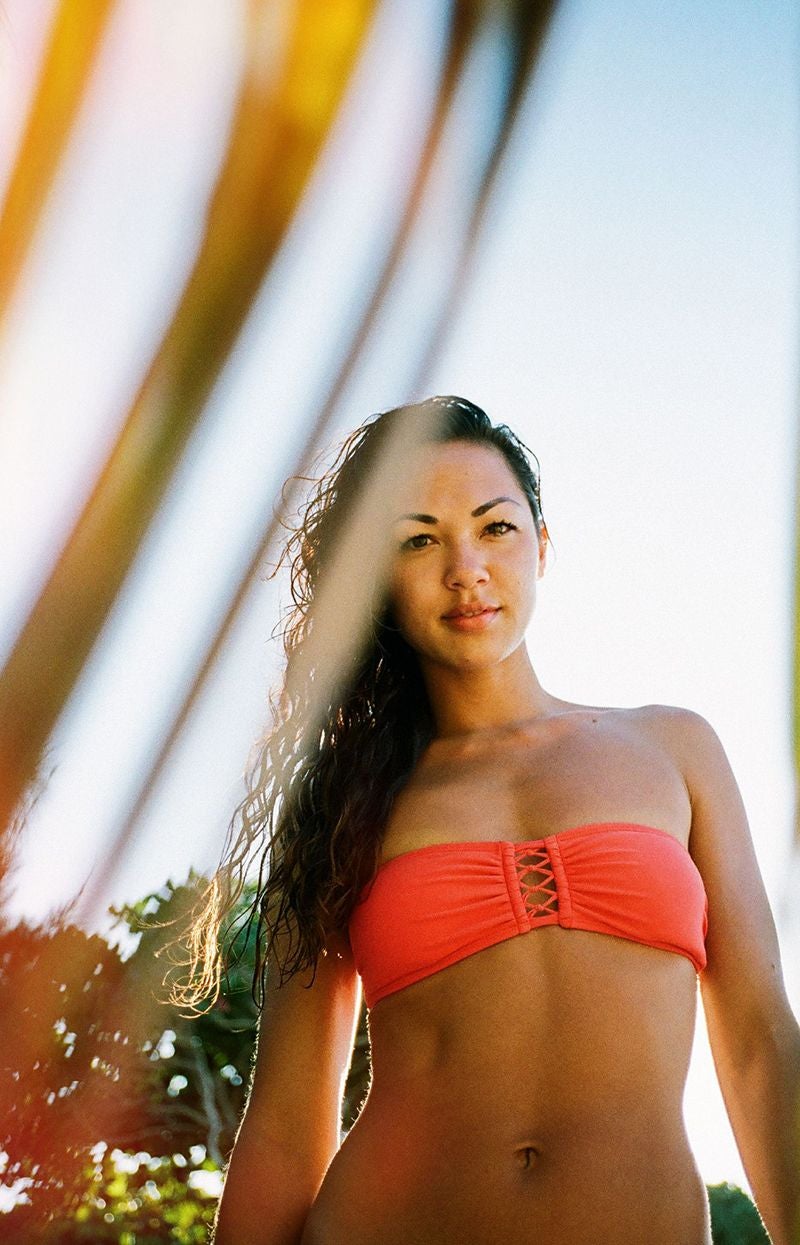 Film photography is not dead. Although a few years ago it was hurting, with old film stocks being lost every couple of months, but in the last few years, there has been a resurgence of new film stocks hitting the market and companies bringing back once discontinued films. Although the remaining selection is a small fraction of what we once had, there are still plenty of films out there worth loading into a camera. The second hand film camera market is also having a bit of a revival. But who knows what the future holds?

We’ve put together a collection of films you might want to try while you still can. Some of them are old favorites and others are a little more obscure. All of them, however, offer a unique and often extremely rewarding photographic experience.

This is by no means an exhaustive list, we’re sticking to the stocks that are easy to get, but there’s all kinds of interesting stuff out there. Let the film bug bite you.

At one time, there was a rift between Kodak Portra shooters. There were two kinds, VC and NC. VC stood for Vivid Color and was great for things like landscapes, while the NC (Natural Color) was preferable for skin tones. Then, Kodak merged the two lines together. Some shooters were sad, but the new Portra has won over a lot of fans, and for good reason. It’s great.

The color reproduction is excellent and the grain, even at 400, is very impressive. You can even push it a bit and still keep things looking nice, which isn’t always the strength of color negative film. It’s not as cheap as the stuff you can buy off the rack at the local drugstore, but in terms of quality, it really does look better.

When picking a black-and-white film, grain is going to be a big part of your decision. Kodak’s T-Max 400 is, as Kodak claims, “The world’s finest-grained 400-speed B&W Film.” While we haven’t scientifically confirmed that fact, we can say that it does have some very smooth tones.

So, if you aren’t looking for grain in your images, or you’re looking to push a 400-speed film as high as 1600 and still get acceptable results, this is a great choice.

Note: Because it’s a true B&W film, you can’t drop it off at the local drugstore and expect to get it developed.

On the other side of the grain issue is Tri-X. While T-Max strives to make things as smooth as possible, Tri-X gives you more contrast and a coarser grain that lends itself to disciplines like street or documentary photography.

It’s often even cheaper than T-Max is, and in my opinion, easier to develop. Plus, because you’re already expecting a bit of grain, you can push it a few stops and it will only amplify the effect.

Some people really love it, some hate it, and others have been using it for so long that they wouldn’t think of using anything else. Trying T-Max and Tri-X at least once is something every photographer with a curiosity about film should do, though.

A popular stock with students taking film photography classes, Ilford’s HP5 is one of the most versatile films you can buy. It’s rated at 400, but you can push it to 1600 without much of a fuss.

The grain isn’t quite as fine as the T-Max stuff in my opinion, but it does seem a little finer than Tri-X, making it a nice compromise if neither of the Kodak options are doing it for you. One of the reasons its so popular with students is because of the latitude it provides. If you miss an exposure, you can typically have an easier time trying to rescue it than with some other stocks.

It used to be cheaper than it is now (like everything else, I guess) but if you like it, buying a big brick isn’t a bad idea because it’s not likely to get any cheaper.

Provia discontinued its 400 speed film back in 2013, but it seems that the 100 speed stuff is still going strong.

Provia attracted some converts when Kodachrome went away for good. It gives you the bright colors and contrast you’d expect from a solid slide film, but it’s also a little easier to work with than the venerable Velvia line. It’s particularly well-regarded when it comes to greens and blues, but it’s more than capable of capturing a nice portrait.

With any slide film, though, be prepared to pay a little more for the processing, which may involve mailing it off.

If you’re planning on shooting landscapes or other nature scenes that require dramatic colors, Velvia is the call. It’s been used by pros for quite some time, but reports of it being discontinued have caused freak outs at various points on the web.

It’s not as easy to work with as the previously-mentioned Provia, but if you have a good lab and you’re careful with your exposures, it’s capable of some truly incredible things. Shooting it 35mm will still look good, but its strengths are really most evident when you’re shooting with medium, or even large format gear.

If you’re seeking extreme saturation and sharpness but prefer negatives to slides, then Ektar is a good choice. Its low speed gives it impressively fine grain, though it doesn’t stand up very well (in my opinion) to being pushed.

It’s cheaper than many slide films, and has a very distinct look about it. Again, you’ll probably either really like it or hate it. Judging by online reviews, though, most people really like it. While you can only get it in 100 speed, you can get it in every size from 35mm all the way up to 8×10.

If you shot Fujifilm in the past, you might recognize this as NPH 400. The name has changed but the film is basically the same. Fujifilm adds a “4th layer” to help out with color reproduction, even under mixed light conditions.

Overall, it’s a very balanced film, which was the strong suit of the NPH that came before it, making it a great choice for shooting portraits. It’s sadly no longer available in 160, which gives Kodak’s Portra a slight advantage in terms of flexibility, but the Fujifilm Pro 400H is something a little different.

One of the problems with film as compared to digital photography is that you have to keep forking out funds for film and processing. Lomography’s color negative film, however, is extremely cheap and surprisingly pretty good. It can’t compete with something like Portra in terms of consistency or color accuracy, but I have found it to be better than the drugstore stuff.

It becomes even more of a deal if you’re using a Lomo camera. For those who might be unfamiliar, Lomography involves shooting with eccentric or toy cameras, which often introduce elements of unpredictability into the shooting process. Things like light leaks and plastic lenses that love to flare often don’t look much better on expensive film than they do on the cheap stuff.

Plus, Lomography is a cool company, so supporting them is a good thing.

There’s nothing quite like developing your own black-and-white film in a tank at your house, but we realize that’s not a project everyone wants to undertake. Ilford’s XP2 is a full-on black-and-white film, but it’s processed using C-41, which means you can drop it off at any old processing place and they should be able to take care of it for you with no problem.

As a B&W film, it’s not exactly spectacular. It lacks a bit of contrast and can feel a bit muted, but if you just want to give B&W a shot, it’s a cheap and easy way to do so. It’s like a gateway film that may eventually end up with you carefully measuring the temperature of chemicals in your bathroom at home.

Ilford Delta 3200 film is actually an ISO 1250 film, but it has so much latitude that it can be processed at 3200 without a flinch. In fact, photographers have reported success pushing the film all the way to ISO 12,500 and pulling to ISO 400. It is truly one of the most versatile, forgiving black-and-white film stocks out there.

If you’re a night owl, concert goer, or just like low-light shooting and want some really pleasant grain Delta 3200 is definitely worth a try.

Infrared photography is tricky when it comes to digital photography. You can fake it or have one of your old digital cameras converted to the IR spectrum, but it can be a lot easier to just shoot IR film. We should note, Ilford’s SFX is not a true infrared film; it’s a conventional B&W film with extended visible red sensitivity that can mimic the effects of infrared with filters. Think of it as infrared, without the fuss.

It’s relatively cheap, so you might want to buy a few rolls at first because getting the hang of infrared exposure can be a bit tricky. But, get it right and you’ll have some awesome-looking IR images to which you can proudly affix the #nofilter tag when you post them online.