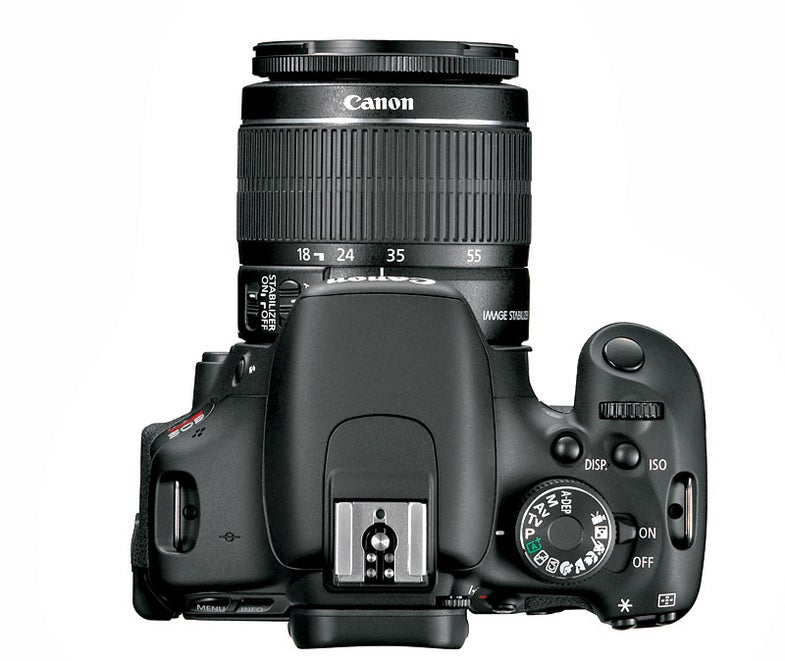 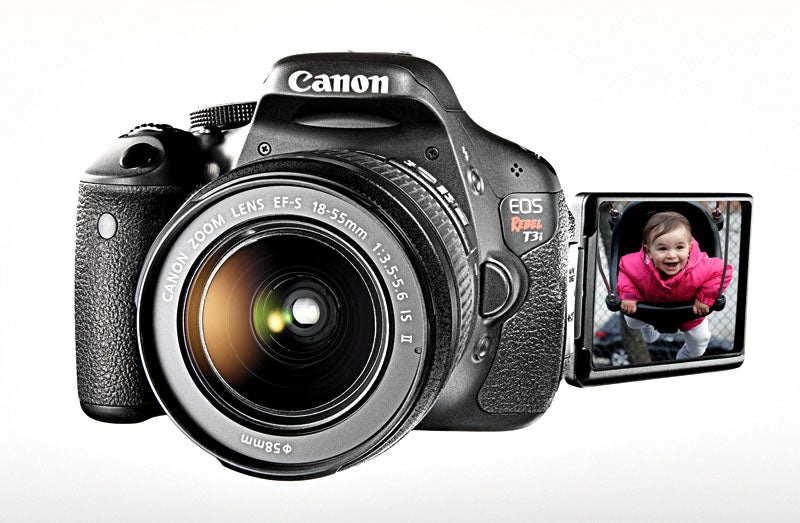 It wouldn’t be spring without our heralding the arrival of a breakthrough Canon Rebel. This year, though, we have a slightly different message. Because, even though we do think the new T3i is the best Rebel ever, we know that what rings our chimes doesn’t necessarily ring everybody’s.

Don’t get us wrong. When it comes to image quality, the Canon T3i basically matches the T2i, already the best in the entry-level segment, and its performance in other areas is also just as good—again, at or near the top of the category. So if you want great pictures from a DSLR, at a reasonably low cost, then the Canon T3i delivers. Plus you get wireless TTL control of off-camera flash—a first for the Rebel line. And its 3-inch, 1.04-million-dot, articulated LCD monitor makes getting those images, and shooting HD video footage, easier. If you don’t care about these innovations, though, you’ll get a better deal with the T2i.

In the Lab
With the same 18MP sensor Canon uses in its T2i, 60D, and 7D, the Canon T3i had no trouble earning an Excellent rating for overall image quality. In our resolution test, it turned in 2550 lines per picture height for an Excellent rating; color accuracy, with an average Delta E of 6.7, also rated Excellent.

In our noise test, the Canon T3i showed modest improvements over the T2i at ISO 1600 and above. Below ISO 1600 it basically matched the T2i, except at ISO 800 where the Canon T3i showed more noise—just barely enough to push it to a Moderately Low rating on our scale. Ironically, this means that the range for which the Canon T3i gets an Excellent overall image quality score is ISO 100 through ISO 400, while the T2i goes up to ISO 800. Ultimately though, we’d put the Canon T3i’s image quality slightly ahead of the T2i, since it maintained acceptable noise ratings 1 stop higher—through ISO 3200.

Given that the Canon T3i and T2i share the same core AF system, it’s no surprise that they had comparable results in our AF speed test. Impressively for an entry-level camera, the Canon T3i was able to focus in less than a second even in the moonlit-level darkness of EV –1. Interestingly, Canon rates the AF system to work only down to EV –0.5. In our test, the focusing became less consistent at EV –2, but it did manage to lock focus in an average of 1.2 seconds. That’s good for a system that isn’t even rated to work in light that dim.
In the Field
The most noticeable difference between the Canon T3i and T2i are the cameras’ bodies. The majority of buttons remain in the same places. We again applaud the location of the exposure compensation button next to your thumb’s resting place on the back of the camera. The Q button accesses the quick menu to change most any major setting. And the well-designed menus are intuitive enough to let you find any setting you’ll want to change. If we have one gripe, it’s that you could breeze by the Custom Functions option in the Set Up portion of the menu if you didn’t know to look for it. If so, you’d have a hard time figuring out how to expand the ISO range to reach an equivalent of ISO 12,800. The articulation of the high-resolution 3-inch screen is the most tangible difference between the cameras, and one we love. It’s easy to dismiss, but once you’ve gotten used to shooting with a fold-out, fully swiveling screen, you’ll miss it when it’s not there.

Shooting in Grand Central Terminal, we appreciated being able to frame an overhead shot of the clock atop the info booth. Similarly, while using a monopod with a 24mm f/3.5L II Canon TS-E tilt/shift lens, one shot demanded a camera height of about 4 feet—awkward to frame through the optical finder or with live view on a fixed LCD. With the Canon T3i’s screen tilted upward, framing was precise and quick. The one downside to the articulated screen is that it doesn’t leave space for the sensors that automatically turn off the LCD screen on the T2i. So, you’ll have to turn the display off with the display button if it annoys you while using the optical finder.

As you might expect, the tilting LCD also comes in handy when shooting video. While video largely remains the same as in the T2i, with up to 1920x1080p recording at up to 30 frames per second, Canon did add one nice feature: Video Snapshot mode. It lets you record clips of 2, 4, or 8 seconds and will add subsequent clips to the end of the preceding ones so you can string together multiple clips into one longer video file. There are no transitions, but it’s a quick way to make a highlight reel of a vacation or outing without having to do any editing afterwards.

Fans of off-camera flash will like that the Canon T3i is the first Rebel to include wireless control through the built-in flash. You can select from four channels and set output manually for up to two groups in addition to the body’s pop-up. Like most recent Canon DSLRs, the Canon T3i’s 63-zone metering system assists the AF system with color and luminance information when tracking subjects. The Canon T3i did a good job of continuous focus, though occasional frames were a bit soft when tracking faster-moving subjects, especially if the subject changed speed—for example, New York taxis accelerating erratically. Still, we found the Canon T3i’s tracking impressive for its class of camera.

Bottom Line
While the Canon T3i doesn’t come across as a major upgrade to the T2i, it’s a thoughtful addition to the line and keeps Canon competitive with the likes of the long-in-the-tooth Nikon D5000. Though due for an upgrade, that Nikon now has no major advantage over Canon at this level of camera body. The Canon T3i beats it on resolving power, high-ISO noise performance, and AF speed. The D5000’s main edge? Its price has dropped enough to make it more comparable to the T2i.

If you own a Rebel and are looking to upgrade, the Canon T3i probably doesn’t make sense unless you envy an articulating LCD and wireless flash control, or if you own a T1i and want full HD video recording and increased resolution—though the T1i’s lower-res 15.1MP sensor had better noise control than either the T2i or Canon T3i.

The Canon T3i makes the most sense for a newcomer who wants all the whiz-bang features Canon has to offer in an entry-level DSLR.