The art of casual picture making. 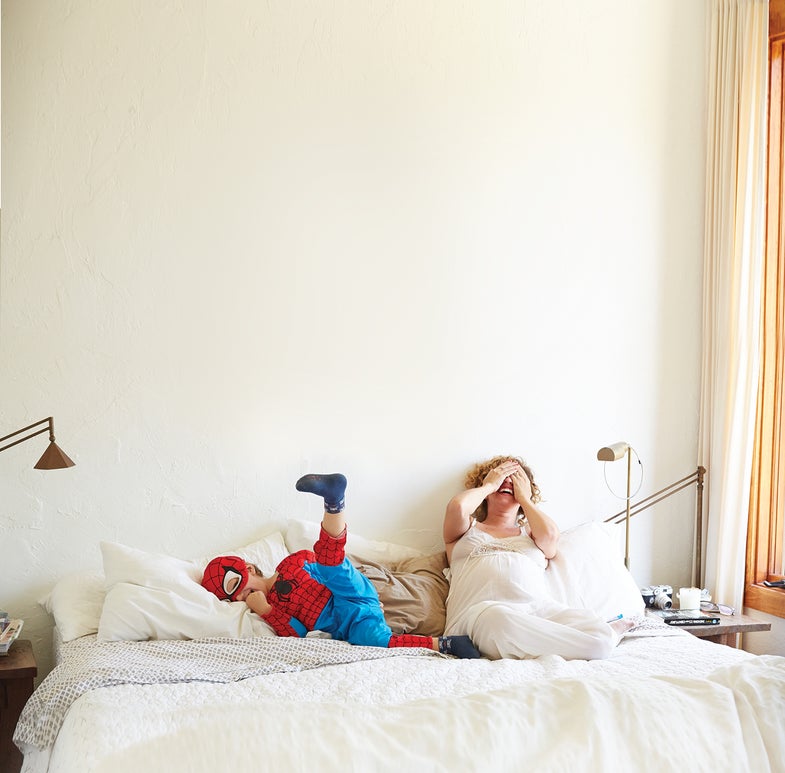 “More snapshots are being made every day than ever before,” says Preston Utley, a Denver-based wedding photographer who also produces The Snapshot Diaries, a website dedicated to his everyday pics. “Photography has become the universal language, and photo sharing sites like Snapchat, Instagram, and Facebook have made snapshots the most popular way to share experiences.”

The better these everyday photos, the better we can share the passions, emotions, and simple details of our lives. And the pros we interviewed all agree that taking more engaging day-to-day snapshots improves their professional images, too.

For many of us, our best snapshots can feel like photographic gifts of fate. But not for these pros. More often than not, they bring the same focus and planning to snapshooting that they bring to their day jobs.

“Snapshots aren’t necessarily reality,” says Lucy Schaeffer, a food and lifestyle specialist based in Brooklyn, “but instead they are what a photographer chooses to present as reality.” Her best are often constructed but appear “spontaneous, real, untidy, emotional, surprising, and compelling,” she says.

“I will often ask my kids to do something again if I missed it the first time, or ask them to do something again, ‘but bigger,’” says Schaeffer. Often, in the middle of a family activity, if she thinks the scene is too somber, she will let loose with a joke. “That way I get the action I want, but with real smiles. I don’t hesitate to move people closer to a better background or to the other side of the room for better light or camera angle.”

Based in Venice Beach, California, lifestyle pro Pascal Shirley does the same. “Most of my pictures are orchestrated snapshots,” he says. “First I decide on the location and the lighting. Then I might move some things around or take away elements that I don’t like. I don’t get caught up shooting in one location; I keep moving around for different backgrounds.”

Direct your subjects, but don’t force anything, advises Shirley. You have to pick up on emotions as they happen, but if your subjects start to zone out, it’s time to move on. “Over-directing is a classic mistake. Having a tolerance for uncertainty will lead to better snapshots. These moments are sometimes not staged but are what I call ‘in between’ moments. Stay fluid, listen to your subjects, and look for these moments.”

Utley agrees that consistently good snapshots don’t come about by luck. “Road trips, family gatherings, walking the dog, or moments around the house when the lighting is nice” are times when great snapshots happen, he says. Plan such moments in advance and have plenty of memory cards and charged batteries on hand.

For Schaeffer, great snapshots often come as the result of creative camera angles. “I rarely shoot snapshots of kids from [my] eye-level. Getting [the camera] really low adds drama and brings you into the kids’ world. Standing above and shooting straight down is also fun and graphic,” she says.

Capturing kids and adults while they are interacting with the people they love is almost always rewarding, says Schaeffer. “Sometimes I just stand back and let it happen, while other times I’ll nudge the moment along.”

Her main goal? To tell a story. “I shoot pulled back, then zoom in to middle distances, and finally zoom in even closer for more detail. Together, the whole package should have a nice flow,” she says.

Whatever you do, keep firing. “If you shoot for a while, your subjects forget that you’re there and they forget to be self-conscious,” says Schaeffer. Another reason? Shoot a lot and you will have far more pictures to work with later. And editing, she says, is the secret; “Half of great photography is great editing.” Utley recommends that if you’re working with a phone or camera with a slow lens you probably won’t be able to isolate a subject by defocusing the background. If everything will be sharp, work with that. “Create layers within your compositions, where near-, middle-distance, and background subjects form some kind of relationship, interest, design, or balance.”

And watch out for group shots with everyone looking at you. For Shirley, a good posing technique is waiting for your subjects to look in different directions. “If you find people all staring at your camera or at one particular object in a scene, it can look fake. Humans are not statues, so get them to move and look around. Movement adds energy and makes for stronger images. Going for walks always leads to great snapshots,” he says.

With kids, get ridiculous, adds Schaeffer. If you want little kids looking at you and laughing, she says, “tell them things that are just plain wrong, preferably disgusting. ‘I heard your favorite food is smelly socks’ usually gets a smile or laugh,” she says. “And then take it to the next level: ‘What do you like to drink with your socks? Coffee?’”

Watch your framing and be familiar with your camera controls. “When snapshots fail, it’s most often due to composition and lighting errors,” says Shirley. “Cluttered backgrounds, camera shake, and exposure errors—either too dark or too light—are the most common problems,” he says. Master those camera controls.

How should you set exposures? For spontaneous kid shots Schaeffer almost always shoots in aperture-priority mode. “That way I can control depth of field, which is the thing I care most about. I keep an eye on shutter speed, trying to keep it to at least 1/60 sec or, ideally, 1/125 sec. If it drops below that, I bump up the ISO. I shoot wide open in low light and constantly adjust the autofocus points as I shoot, because I don’t always trust my eyes to confirm focus as quickly and accurately as my camera’s AF system can.”

But you don’t need a fancy camera. “Almost any that you actually take with you will have the potential of capturing great snapshots,” says Schaeffer. But a camera that’s too cumbersome or unresponsive is not the right tool for snapshots. “My iPhone is always in my pocket, and I shoot snapshots with it daily,” she says. Shirley thinks that zoom lenses are crucial for taking better snapshots, because you can compose more quickly and by zooming out for the bigger picture, you create more options for editing and cropping later. “I would stay away from slow cameras with frame rates lower than, say, 5 frames per second and/or quickly filled burst buffers,” he says.

Larger cameras, lenses, and lighting setups don’t work for snapshooting for the obvious reasons. Besides, says Shirley, smaller cameras are less threatening. “I like the Fujifilm X 100-series cameras, the Ricoh GR, and the Sony point-and-shoots.”

Keep to natural, ambient light, he adds. “You really don’t need artificial lighting these days; digital sensors are so good in low light now. Don’t be afraid to push the ISO. I’ve printed great snapshots with ISOs as high as 3200.”

Schaeffer likes available light in all its forms. “Windows, iPad screens, the end of tunnels, anything, really. I often turn off artificial lights in order to use nice window light,” she says. “Food looks best in daylight, and kids do too. I bump up the ISO and/or shoot wide open to milk any available light that I can find.” Utley agrees. “Natural window light and whenever the sun is low in the sky make for better snapshots. If you’re forced to shoot during harsh midday light, try to move your subjects to wherever there’s shade,” he recommends.

As for backgrounds, simple is better than cluttered. “If something in the scene isn’t contributing to your picture, remove it,” says Shirley. “Remember, everything in a picture can be considered a prop and, as the photographer, you decide what stays and what goes. Usually, you can’t go wrong with natural backgrounds.” Bring your snapshot sessions outdoors whenever possible.

All three of our photographers agreed that great snapshots come their way because they always have a camera on hand. “The more often you carry your camera and use it, the more pictures you will take, and the better photographer you will become,” says Pascal Shirley. And not just when you’re taking snapshots.