The lens took over five years to build. 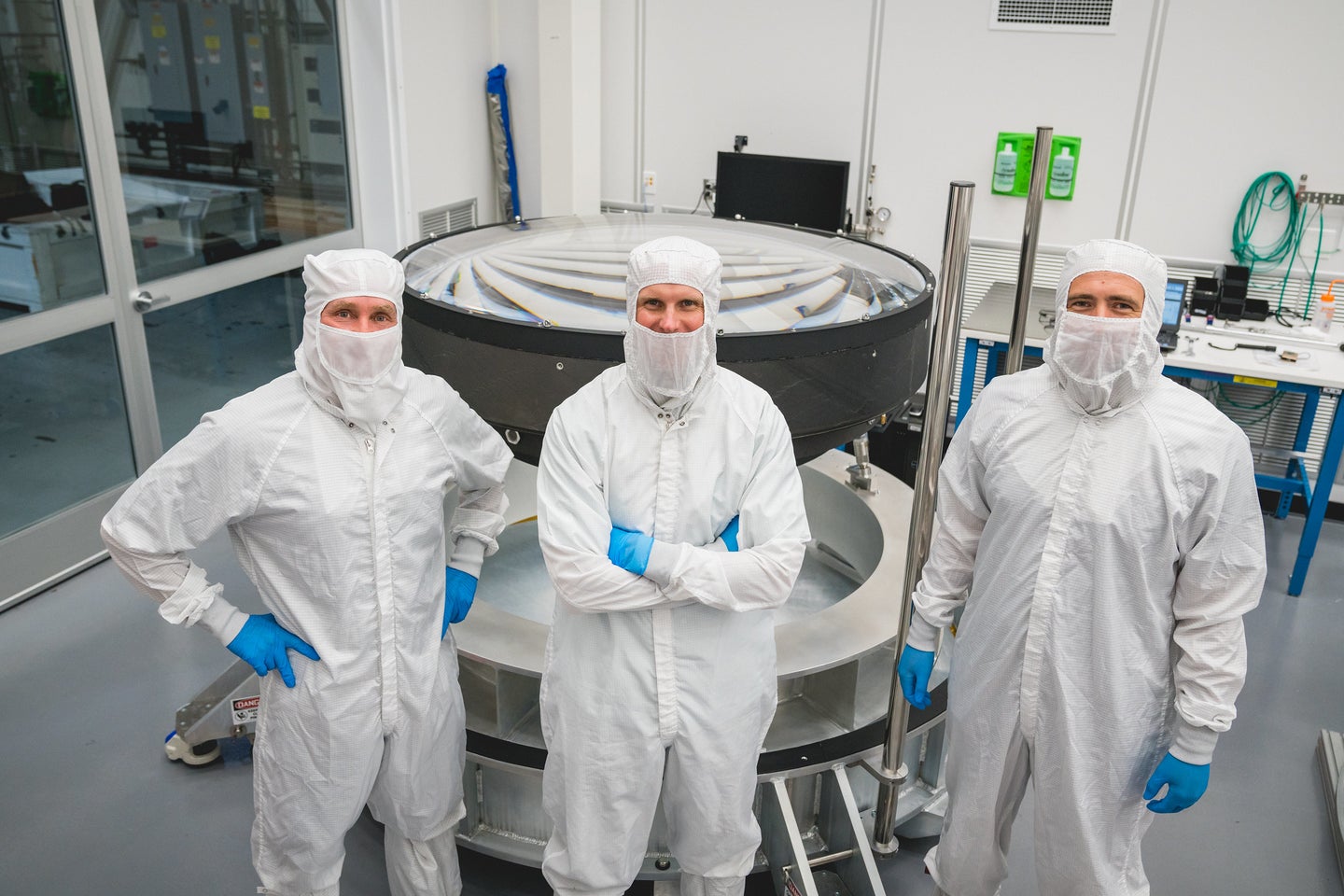 Camera lenses aren’t always complicated, you can make one by simply punching a tiny pinhole in an old cardboard box. But, have to admit that we love a massive lens filled with glass components. The enormous chunk of glass pictured above is the largest optical lens in the world. It measures 5.1 feet across and will eventually reside on a $168 million dollar, 3,200-megapixel digital telescope camera created for the LSST to photograph the southern sky.

The biggest lens will actually be mounted alongside two other smaller lenses on the telescope—a lens with a diameter of 3.9 feet and one with a diameter of 2.36 feet. Last month two of the three lenses arrived at a laboratory in Menlo Park that is overseeing the fabrication of the massive telescope.

When the project is done the 27.5 foot telescope will be taking digital images of the entire visible southern sky for the next 10 years. It’s estimated that the telescope will be able to detect approximately 20 billion galaxies and give scientists a better understanding of the dark matter that makes up the majority of the universe. The images produced by the telescope will be so high resolution that it would take 1500 high-def screens to show a single picture.