These pinhole cameras are capturing 1000 year exposures of Lake Tahoe 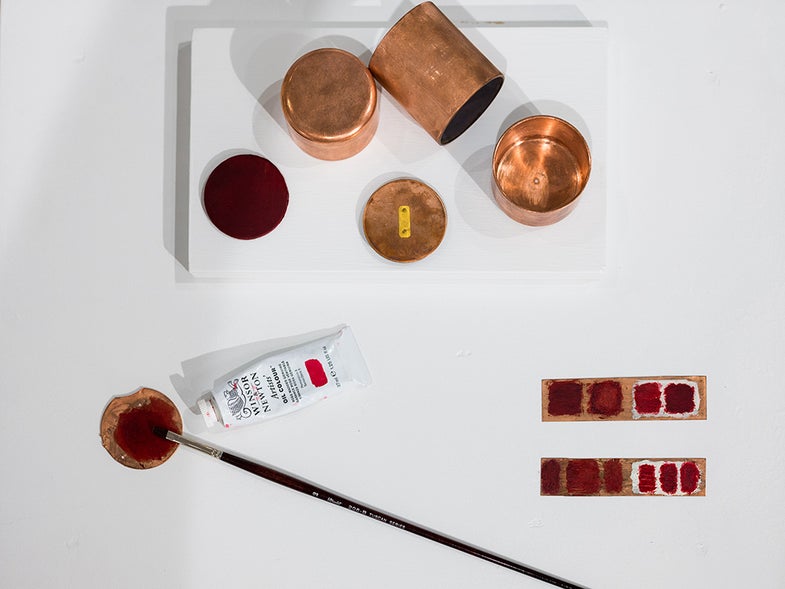 It was important to make the camera durable, with minimal moving parts. Ryland West, courtesy of Tahoe Public Art
SHARE

Conceptual artist Jonathon Keats has a new large-scale millennium camera project that aims to capture the long-term effects of climate change at Lake Tahoe—that is of course if his cameras can survive one thousand years.

“There are so many ways in which this will not work,” he says. “I am absolutely doing everything that I can to not be hubristic.”

Lake Tahoe is the third location where Keats has installed a millennium camera—the first was placed in Tempe, Arizona in collaboration with Arizona State University, and the second overlooks the Holyoke Mountain Range near Amherst College. While his earlier projects have involved a single camera, this time around he has installed four cameras each with a unique perspective of the lake.

“This one is the most ambitious in terms of scale, time and putting more cameras in to observe a larger space from more perspectives,” he says. “It’s also [more ambitious] in terms of the level of engagement by the community.”

This time around Keats has collaborated with both Tahoe Public Art and Sierra Nevada College—without their support Keats says that his ambitious project just wouldn’t be possible.

The series intends to document the long-term effects of climate change on the planet and encourage people to examine how they can alter their current behaviors to change the appearance of the final images. Keats believes that when people engage with the project, they are forced to also confront the way that humans and industry interact with the natural world.

Keats says the project falls somewhere between documentary photography and surveillance photography—noting that when someone sees a camera it often has an effect on their behavior.

“In this case, it isn’t the Walmart, or the US Government, or your neighbors spying on you,” he says. “It’s the far future generations, not yet born, who will be deeply affected by the decisions that we make collectively today.”

Designing a camera to last a millennium

Creating a camera that has the potential to last 1000 years took some ingenuity. According to Keats it was important to make the camera durable, with minimal moving parts. This will also help the individuals who will be on the far end of the project.

“I wanted to have images that would essentially be like Polaroids—that would make themselves—but of course you can’t use Polaroid chemistry, or any other normal chemistry,” he says.

The millennium cameras are circular and made entirely of copper, except for the pinhole aperture which has been pierced through a piece of 24 carat gold. Keats looked to the artists of the Renaissance to create the surface inside the cameras that will capture eventual images. Keats prepared the inside of each of the cameras by rubbing them with a pumice to make the surface gritty and then coating it with garlic. Once the garlic dried he painted on layers of a red pigment called rose madder—which was also used by artists of the Renaissance. During the 1000 year exposure the areas inside the camera exposed to the most light will fade to a lighter color.

If the cameras survive, the images that they create will be displayed by Sierra Nevada College in 3018.

Keats notes that there are obviously a number of things that can go wrong between then and now though. His exposure time may be off, someone might steal the cameras, or natural disasters could all derail the millennium camera experiment. “Plate tectonics could ultimately overcome using the earth as a tripod,” he says.

But it seems that all of the ways in which it might not work, are part of the project’s appeal for Keats.

“We are in such a pivotal time, and we can still act in ways that can profoundly influence the future, and turn around what is already underway,” he explains. “I don’t have any good evidence that we will endure, or that the planet will be recognizable in 1000 years. But all of this is caused by us, so any mechanism I can create that will facilitate a sense of responsibility, I’m willing to do it.”

If Pop Photo is still publishing come 3018 we will definitely let you know how the 1000 year exposures turned out.