Hands on with the Polaroid OneStep+

An analog camera with built-in Bluetooth and a dedicated app. 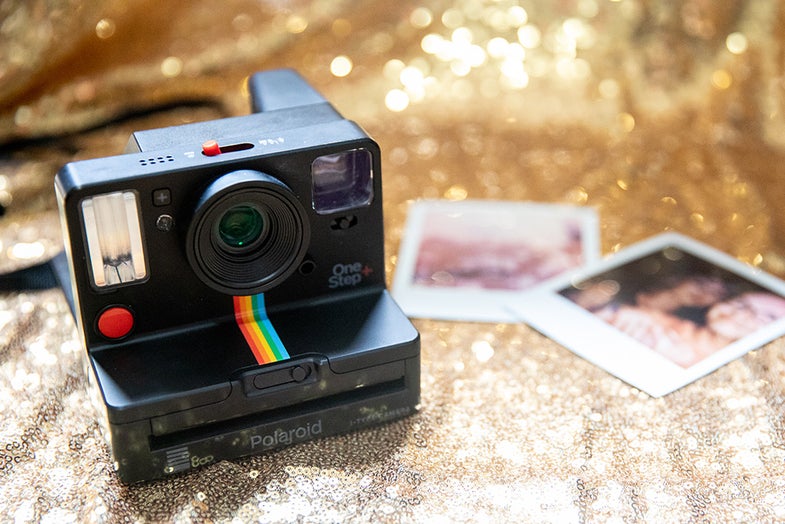 In August Polaroid Originals announced the arrival of the Polaroid OneStep+, an instant camera with built-in Bluetooth and a dedicated app to enable light painting and creating double exposures on the instant film. It’s the follow up camera to Polaroid’s OneStep2, debuted in 2017 when Polaroid celebrated its 80th anniversary and the company’s second new analog camera since 2003. We’ve spent the last few weeks shooting with the OneStep+ and have found the camera to be fun and functional, read on for our full thoughts and sample images.

The design of the OneStep+ is very similar to the Polaroid OneStep2 that came before it, with a few small differences. On the back of the camera you will find a large viewfinder, a USB charging port, and a large on and off switch. If you haven’t used a new-style Polaroid camera, the rechargeable battery is a departure from vintage models, which housed a new battery in every pack of film.

Film packs load into the bottom of the camera. On the top you will find eight LED dots indicating the number of shots left in a pack. The lens on the camera has been redesigned to focus in portrait mode (indicated by a single person, and can be focused from only a foot away) or a group (indicated by a tree and two people).

On the front of the camera you will find the button to activate the camera’s Bluetooth—which allows it to communicate with the app, controls to override the flash and a large red shutter button.

Its body is made of plastic and the front features a large rainbow stripe—a throwback to the original OneStep camera.

Inside the OneStep+ app you will find a variety of different shooting modes, a square camera so it’s easy to capture and share your analog creations, a catalogue of the Polaroids you’ve scanned and an entire Inspiration section where you can read interviews with photographers using the Polaroid OneStep+ and get quick tips on making the most of the camera.

Once the camera’s Bluetooth is active, you can control the shutter through the app. The app will also keep track of how many frames you have left, the battery life of your camera and what focus mode you are in.

The app features a variety of shooting modes:

Instant cameras will always have some quirks, and this one isn’t immune. We had some issues with two of the five film packs we shot automatically ejecting from the camera, which led to the film count being off.

In one instance the darkslide wouldn’t eject—a known issue sometimes caused by old film packs. And in another the dark slide ejected, but the first shot in the pack wouldn’t eject. In both cases the app showed that the camera’s battery was charged (another known issue for film not ejecting from the Polaroid OneStep cameras). It was disappointing to lose a few of those frames—an eight pack of the iType film starts at $15.99—so a camera malfunction that causes you to lose a frame hurts. But when the camera worked as it should, we loved the results that it could produce.

We liked shooting with the built-in creative modes the best. Double Exposure mode was easily our favorite shooting mode. The layered instant prints looked unusual, and although the pairings weren’t always perfect, when they worked, they worked really well. Light Painting mode was another favorite, although getting a well executed final image took some additional patience and planning.

The picture quality on the prints is solid too. The pictures look really good exposure wise, which isn’t always the case with instant prints.

We loved our time with the Polaroid OneStep+ and think it would be a solid addition to the collection of pros and hobbyists alike. It’s fun to shoot with and the app gives you a bit more control over the final result. In all honesty though, even the imperfect prints have a charm to them. And a big stack of instant prints is a lot more interesting than the photos sitting on your phone’s camera roll.