That’s 32-megapixels in every single frame 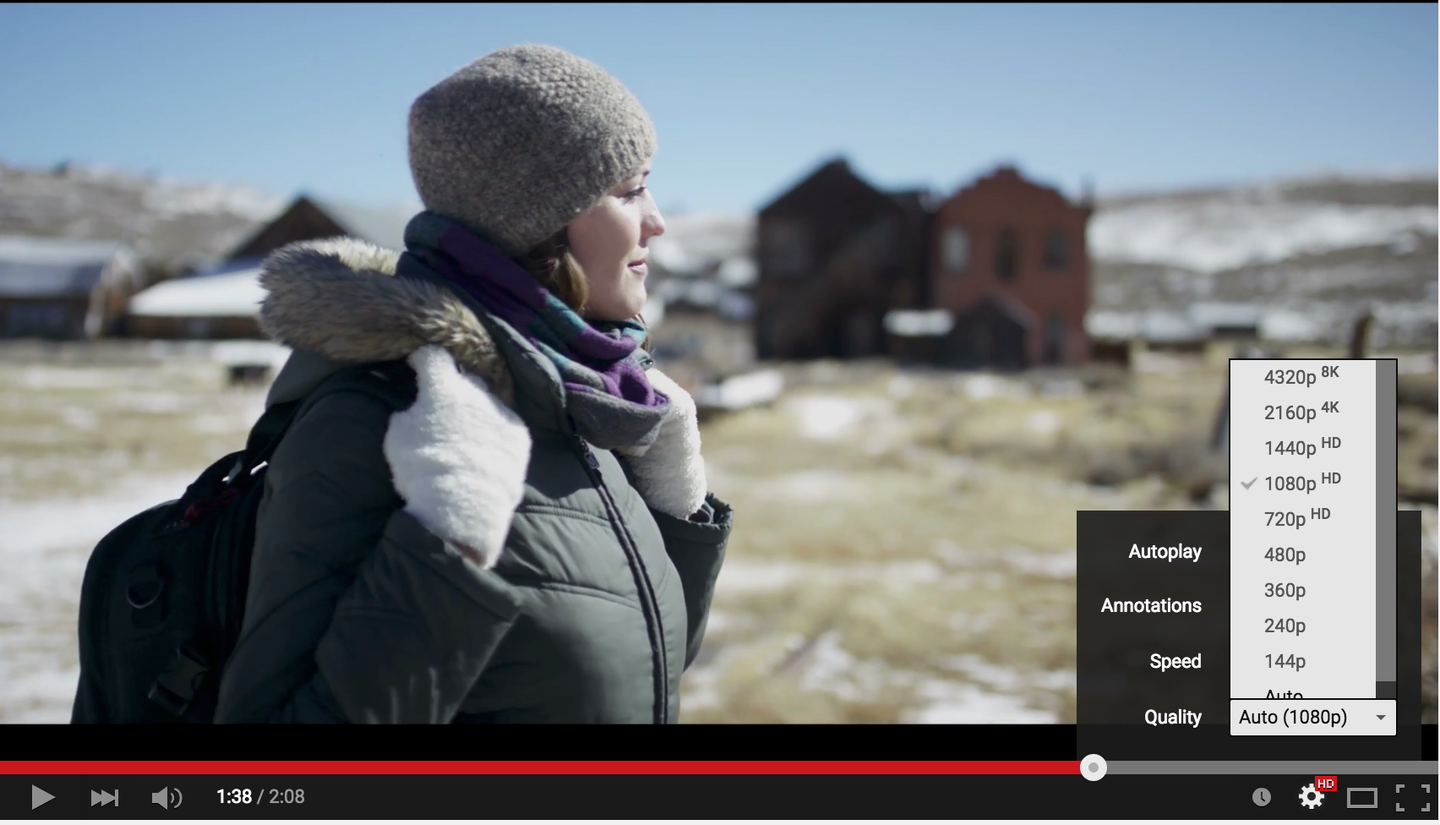 4K video is going to be the big thing for a while in the camera world. So, naturally, some folks are already looking well beyond it to 8K. Now, there’s an 8K resolution video on Youtube giving a small glance into the future of super-high-res streaming.

The video is a collection of cohesive scenic B-roll shots entitled Ghost Towns in 8K. When you click the resolution options, you’ll notice that it goes beyond the 4K max into 8K territory. True 8K video is roughly 32-megapixels in every single frame. That’s a lot of image data.

The film was created with Neumannfilms using some clever techniques, but it wasn’t captured in a true 8K format and needed some scaling, but it still plays back as an 8K file.

I watched it using my maxed-out MacBook Pro and a 5K monitor and it sure is a lot of pixels.

It may seem kind of silly to be looking ahead to 8K when the average person can barely watch 4K content, let alone record it, but a lot of industry experts seem to believe that 4K will be a smaller stepping stone on the way to 8K, which might stick around for a while. Technology moves so fast at this point, that future-proofing technology of any kind seems impossible. 1080p recording in DSLRs was a big deal for a while and now you can record it with a toy camera. The $500 GoPro records super clean 4K and now Panasonic has brought 4K to their mid-level ILC cameras. Who’s going to make 8K first?

One thing is for sure, though: The world is going to need a whole lot of solid state hard drives in the future.