3D printing a quirky camera at home has never been easier. 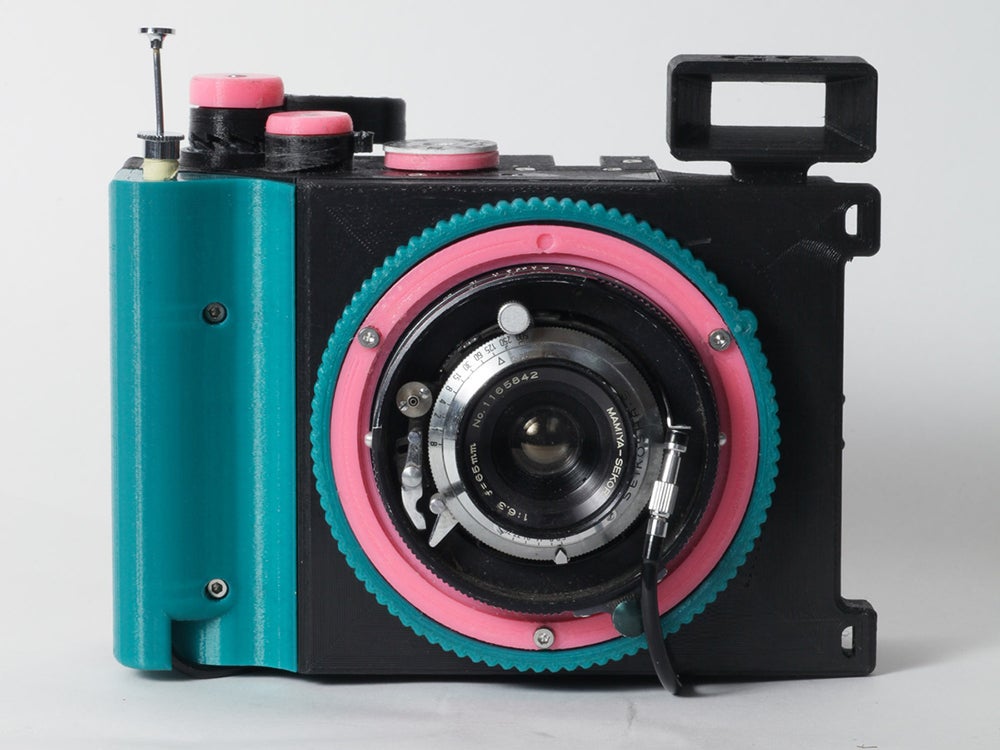 The Brancopan is a 3D printed 35mm panoramic camera with two cold shoes, a ratchet film advance, and a frame counter with a lockout mechanism to give each frame even spacing. Ethan Moses
SHARE

Ethan Moses of Cameradactyl loves a wacky camera—he has been building his own for years now. Thanks to the accessibility of 3D printing, his creations include foldable 4×5 field cameras, a 4×5 hand camera, a medium format shooter, and a number of plastic 3D printed photographic accessories like grips and film holders. His most recent creation is a 35mm panoramic camera that he is calling the Brancopan. The project is currently raising funds on Kickstarter. Panoramic cameras, like the Hasselblad XPan or the Widelux are rare and typically prohibitively pricy on the second hand market, they are also really expensive to fix. Creating a 3D printed plastic camera solves both of these problems.

Although Moses has successfully raised funds on Kickstarter for his brightly colored cameras in the past, for the Brancopan he wanted to do things a bit differently. Instead of giving his Kickstarter backers a physical product at the end of the campaign he plans to release the STL files that he uses to 3D print the cameras. Campaign backers who donate any amount of money to his campaign will receive these files. Anyone who has access to a 3D printer, approximately $40 worth of printing supplies, and some free time will have the tools to create their very own panoramic film camera that will work with a Mamiya Press lens

A single Brancopan takes between 60-70 hours to print and 6 to 8 hours to assemble, if Moses were to recoup the time he needs to put in to create a single camera at a minimum of $650—way too much for something that is built from plastic. For Moses, rewarding his Kickstarter backers with the files to print the camera and teaching them how to assemble and use it, just made a whole lot more sense.

If he meets his goal, he plans to create a series of videos instructing backers how to print the files, how to assemble the camera, and how to use it out in the world. Moses is raising funds for the camera through January 10th.

“I think that my skills and talents are probably best used developing new products, and teaching people how to build them on simple machinery, rather than spending 5 hours out of every day printing, assembling and shipping already tested and proven designs,” he explains.

The camera has two cold shoes, a ratchet film advance, and a frame counter with a lockout mechanism to give each frame even spacing. Other features include a spring loaded film door, a tripod mount, and strap lugs. Moses says he has shot over 100 rolls of film through his plastic Brancopan camera and has been very happy with the results.

“It’s plastic, but it’s oversized and super tough,” he says.