The photographer says he took about two million photos during his eight years covering Obama. 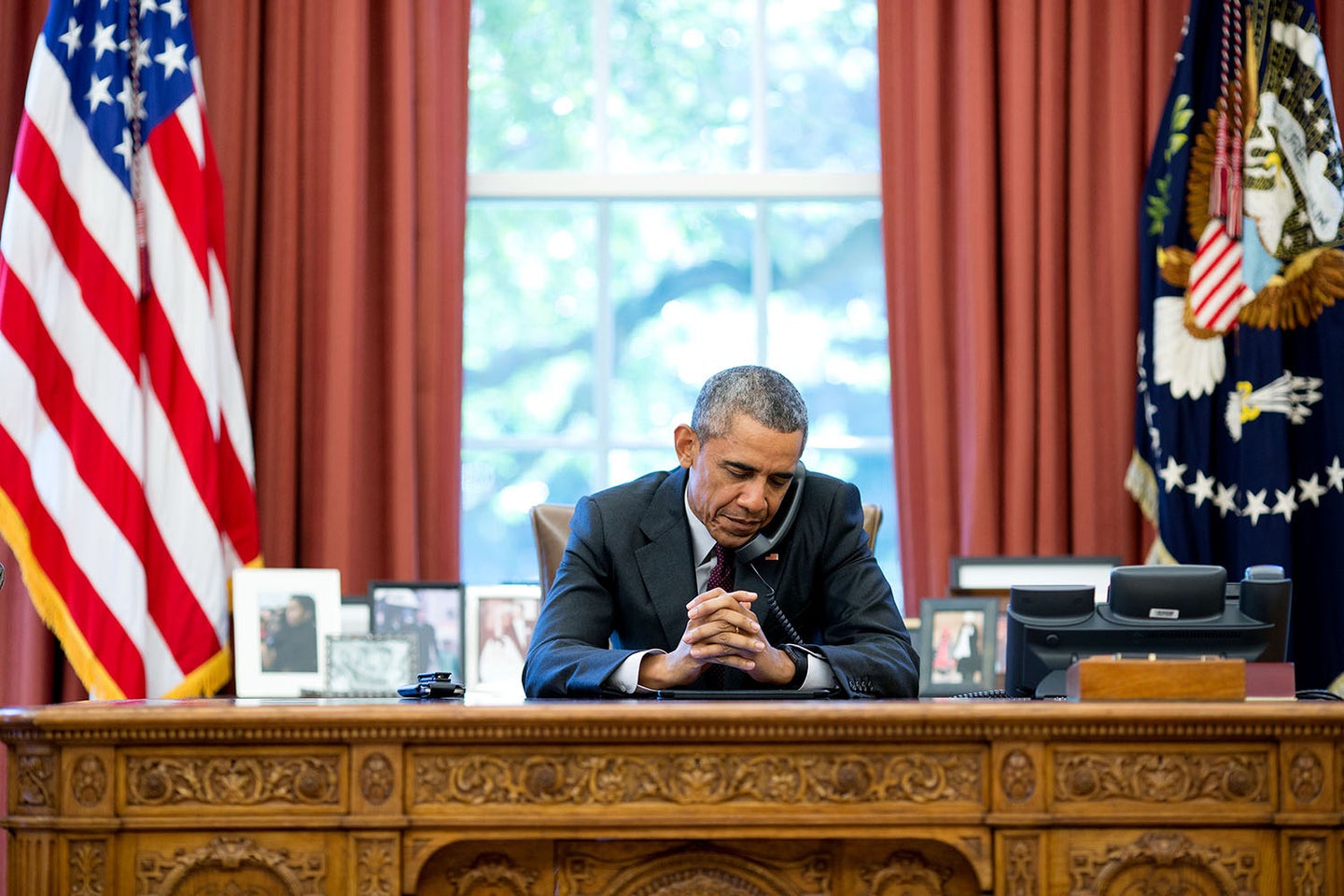 "On his birthday, the President listens to a prayer during a phone call with pastors.". Pete Souza
SHARE

The official White House press photographer has always been crucial in keeping a record of the behind the scenes work of an administration. During Pete Souza‘s time documenting Obama’s eight years in office the work of photographing POTUS had to keep pace with the the rise of social media apps like Instagram. 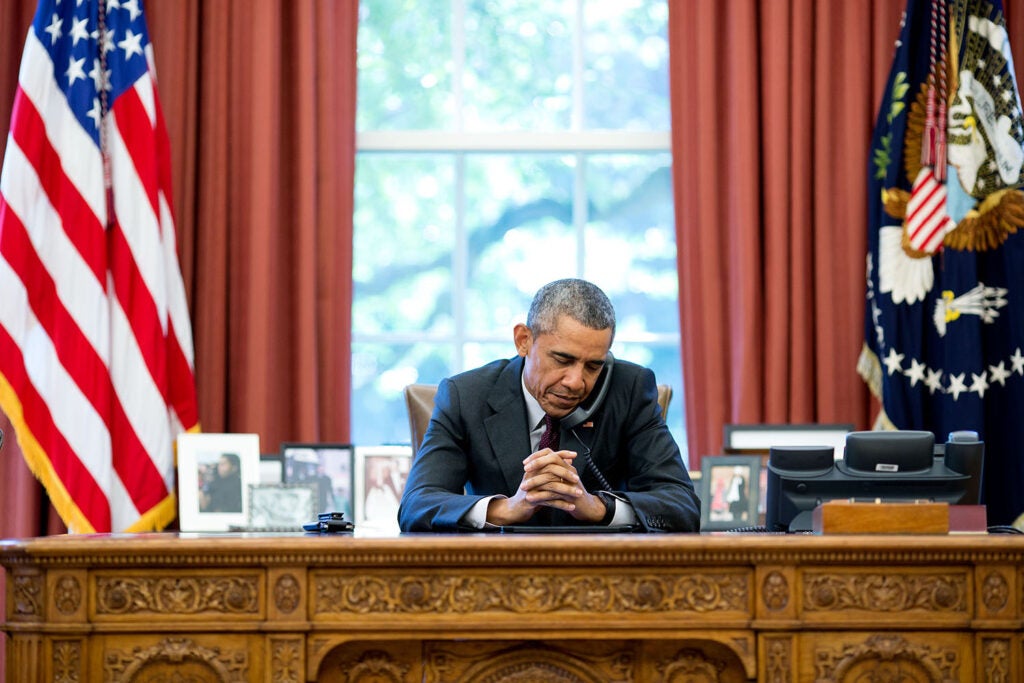 “On his birthday, the President listens to a prayer during a phone call with pastors.”

In a new video from Adorama, Souza looks back on his time documenting the Obama administration and working with the digital team. He digs into fascinating topics like the thought process behind his editing, and even the types of gear that he used on the job. 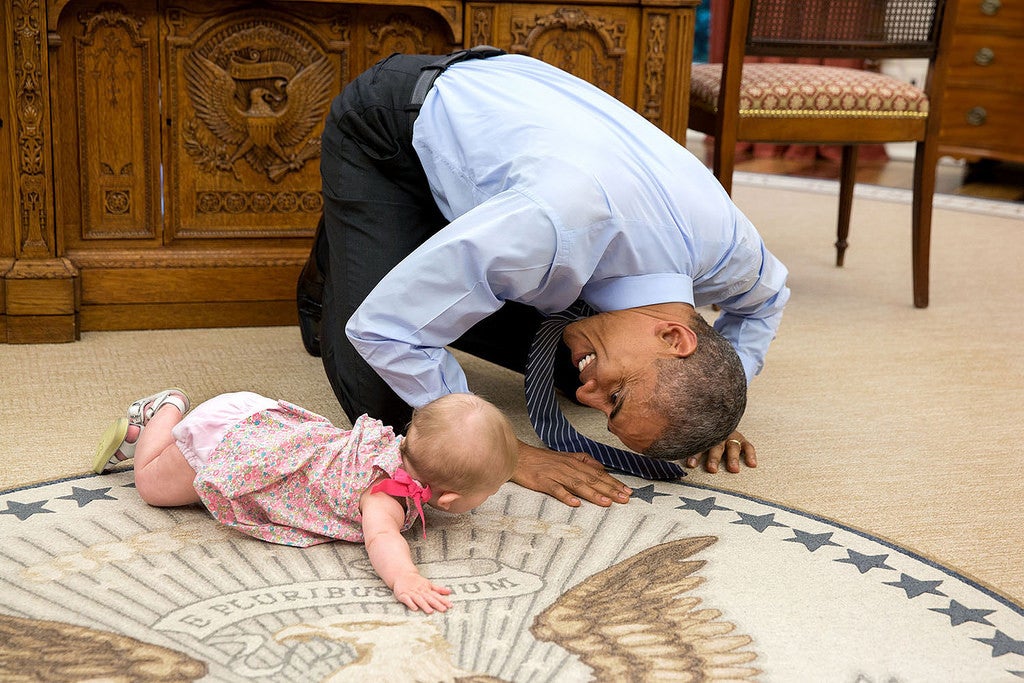 “At the President’s insistence, Deputy National Security Advisor Ben Rhodes brought his daughter Ella by for a visit. As she was crawling around the Oval Office, the President got down on his hands and knees to look her in the eye.”

“One of the main criteria for choosing which cameras to use is that I wanted quiet cameras,” he says in the video. “You are in a lot of sensitive meetings and I didn’t want to disturb what was going on.” 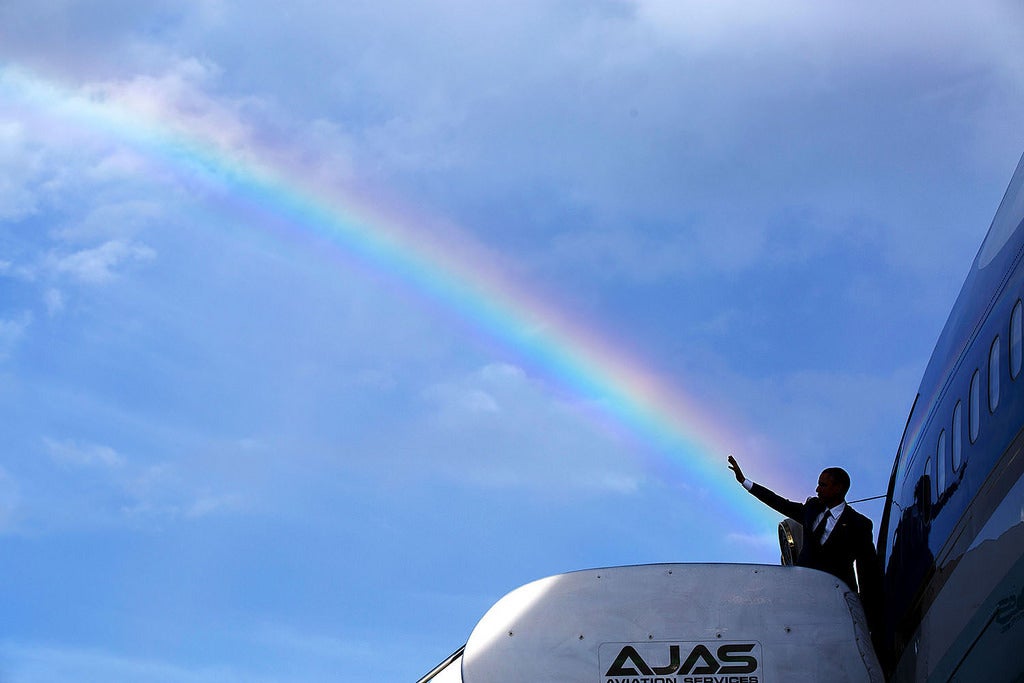 “The President’s wave aligns with a rainbow as he boards Air Force One at Norman Manley International Airport prior to departure from Kingston, Jamaica. Read my Behind The Lens account of this photograph.”

It’s pretty amazing to think just how much digital camera technology has improved since Souza took the job in 2009. Initially he selected a Canon 5D Mark II for the job—it seemed to have a quieter shutter than the Nikon options, and Sony’s line of mirrorless cameras didn’t even exist yet. Eventually he upgraded to the Canon 5D Mark III.

RELATED: Books that photographers will love 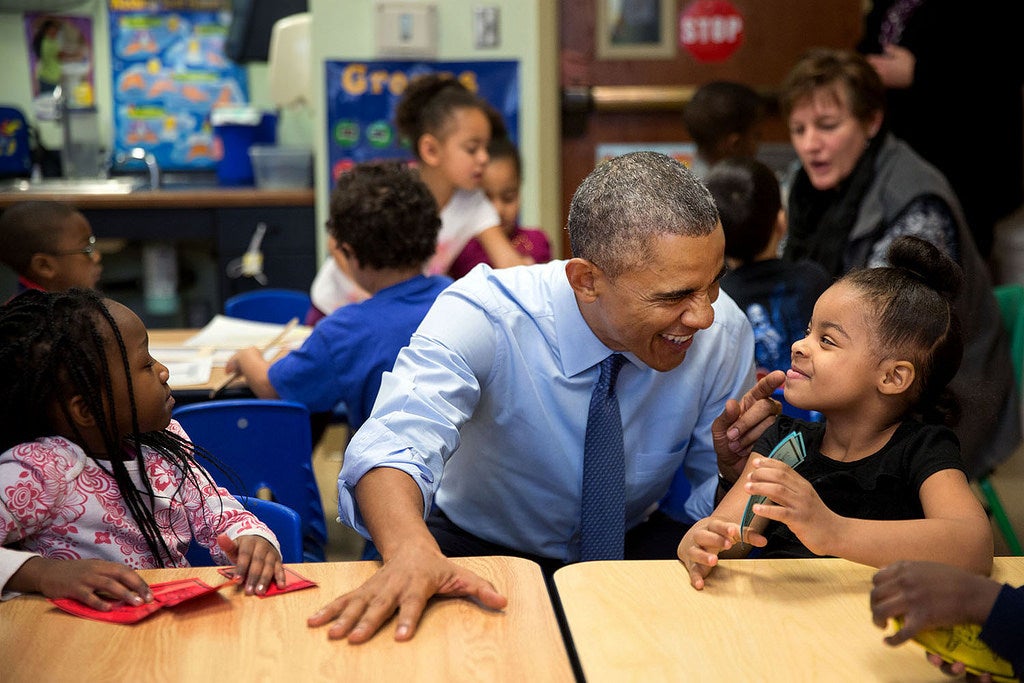 “While we were in Lawrence, Kan., we stopped at the Community Children’s Center–one of the nation’s oldest Head Start providers. The President sat next to Akira Cooper, right, and reacted to something she said to him.”

“If the administration was starting today, I may have made a different choice in which camera to use,” he says. “It’s just a tool, it’s not the camera that makes the picture, it’s the photographer. At the time I used what I thought as the best tool for the circumstance.”