The winning photographs highlight the US's withdrawal from Afghanistan, the Capitol insurrection, and COVID-19's toll on India. 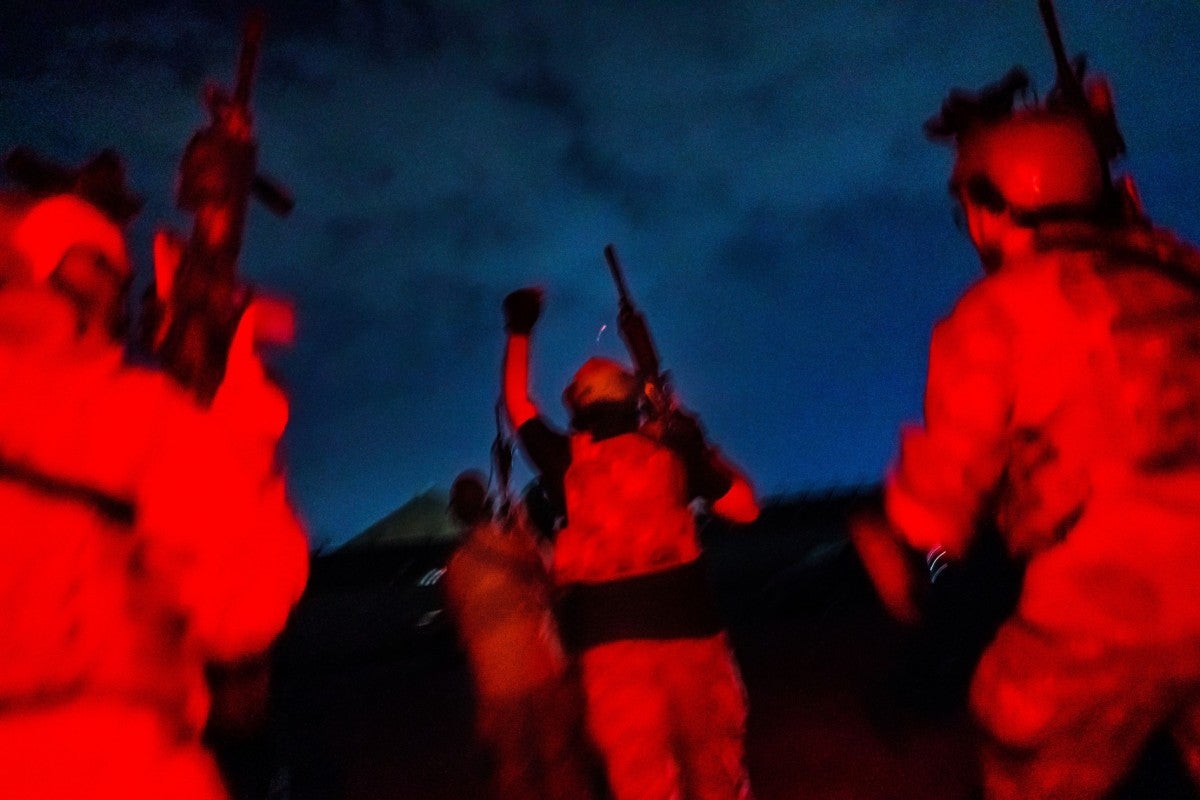 After the stroke of midnight, Taliban fighters from the Fateh Zwak unit storm into Hamid Karzai International Airport, while wearing American-made uniforms and brandishing American M4 and M16 rifles and riding U.S. pickup trucks on Aug. 31, 2021. For two weeks, Kabul’s airport was the last tether to America’s control in Afghanistan, its runways the site of a frantic airlift that spirited more than 120,000 people out of the country. But there was no more of that frenzied activity on the deadline of the U.S. withdrawal, hours after the last U.S. military transport plane rumbled into the night sky, closing the chapter on a 20-year U.S. intervention that ended the way it began: with the Taliban in control of Afghanistan. Marcus Yam/The Los Angeles Times
SHARE

Each winner gets $15,000 in cash—though we suspect that being able to call yourself a Pulitzer Prize winner is probably the real award. You can check out the full awards over on the Pulitzer Prize website.

Related: 10 photojournalists to follow to stay informed on Ukraine

Yam’s award was for his “raw and urgent images of the U.S. departure from Afghanistan that capture the human cost of the historic change in the country.” His work was originally entered in the Feature category, but it was moved to Breaking News by the jury.

The team from Getty’s award was for “comprehensive and consistently riveting photos of the attack on the U.S. Capitol.” The Pulitzer Prize jury is obviously pulling no punches with how they view the events of January 6th, 2021.

With two winners, there was only one Finalist: an Anonymous, freelance contributor to The New York Times for “striking images, conducted at great personal risk, of the military coup in Myanmar.” If this sounds familiar, we also featured this photographer when we covered the regional winners of the World Press Photo Contest.

The Pulitzer Prize for Feature Photography

The Pulitzer Prize for Feature Photography was won by Adnan Abidi, Sanna Irshad Mattoo, Amit Dave, and the Danish Siddiqui (who was killed on assignment in Afghanistan last year) of Reuters for “images of COVID’s toll in India that balanced intimacy and devastation while offering viewers a heightened sense of place.” Although originally entered in the Breaking News category, it was moved to the Feature category by the jury.

The two Finalists were Gabrielle Lurie of the San Francisco Chronicle and the Photography Staff of Reuters.

Lurie’s nomination was for “intimate and harrowing images of a mother’s attempts to care for her homeless, drug-addicted daughter.” The series featured on the Pulitzer’s website tells an all too common American tale.

The Reuters staff were nominated for “images of climate change collected around the globe, effectively portraying extreme and dangerous natural events as common and widespread threats to human life.”

How to enter the Pulitzer Prize

Believe it or not, anyone can nominate themselves (or anyone else) for a Pulitzer Prize provided the submitted photos were featured on “U.S. newspapers, magazines, wire services, and online news sites that publish regularly.” Be prepared to pay a $75 non-refundable fee if you do choose to submit. Of course, given the standard of the winners, it’s highly unlikely you’ll win unless you’re covering important or newsworthy events, but you can still throw your name in the hat if you’d like.