Stay informed, fight misinformation, and lend a hand where you can. 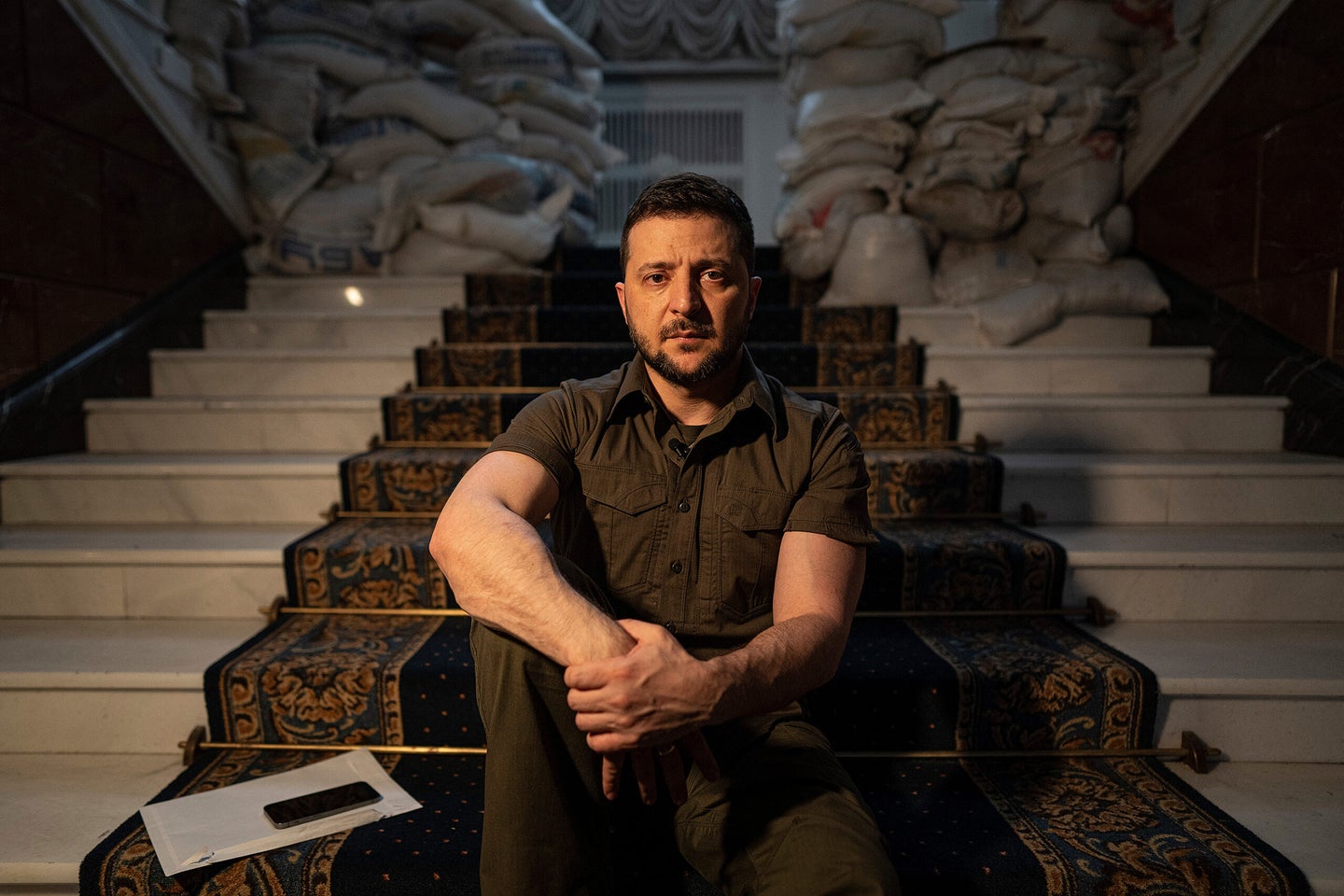 "We have to fight, but fight for life. You can’t fight for dust when there is nothing and no people. That’s why it is important to stop this war,” Ukraine President Volodymyr Zelenskyy told the Associated Press. Evgeniy Maloletka
SHARE

As the war continues in Ukraine, an influx of information swarms social media. Amid the feeds, it can be difficult, at times, to decipher what is happening and what might be fake—even posters with the best of intentions can spread incorrect or misleading images.

To stay informed, we’ve curated a list of 10 trustworthy Instagram accounts to follow that are actively reporting on the war. Many of them are fed by photojournalists from credible organizations like the Associated Press and Reuters, while others give a window onto the lives of natives of Ukraine, who are covering the invasion as both journalists and citizens.

What follows is a brief introduction to each photographer, listing the credentials and experience that cement their bona fides. Other than that, we’re letting their work speak for itself.

How we selected these accounts

To be considered for this article, we chose accounts with recent content in their feed and ones that have either a profile with identifiable information indicating the owner’s affiliations with media organizations or a portfolio showing that they are a practicing photojournalist. Additionally, each of these accounts were shared by renowned photojournalist, Marcus Yam, who’s presently reporting from Ukraine for the Los Angeles Times.

Please note that the images that follow may be graphic, so readers should view them at their discretion. We realize that these photographs may, at times, be difficult to look at—but we also believe that their impact cannot (and should not) be overlooked.

Anastasia Taylor-Lind is a contributor to TIME, National Geographic, and The New York Times, among others. She is documenting the stories of surrogate mothers and soldiers on the front lines, and the arrival of refugees to neighboring countries.

Vadim Ghirda is an Associated Press photographer with extensive experience covering war and unrest in Europe. He began his career in 1990 when he joined the AP at age 18 and recorded the political turmoil that resulted from the fall of communism.

Philippe de Poulpiquet is a French photojournalist who works with media outlets such as Libération, M Le Monde, and Le Parisien Magazine. He is currently on the ground in Ukraine on behalf of Le Parisien.

Julia Kochetova is a Ukrainian documentary photographer and filmmaker. She is in Ukraine sharing her own experiences and the stories of others. Her work reporting on the annexation of Crimea and the Donbass war has previously been featured in BBC Online, The Guardian, National Geographic, and more. Her award-winning, autobiographical documentary, “See You Later,” was shown at film festivals across the world.

Evgeniy Maloletka is an award-winning Ukrainian freelance photographer and filmmaker whose work has been featured in The Telegraph, UNICEF, BuzzFeed News, Bloomberg, and more. He is actively working for the Associated Press covering the war.

Mstyslav Chernov is a Ukrainian multimedia journalist whose stories have taken him everywhere from Iraq to Libya on behalf of the Associated Press. His work has appeared in The New York Times, The Washington Post, the Wall Street Journal, and more. He’s actively participated in projects led by the United Nations, International Red Cross, and Amnesty International, among others. Chernov is currently on the ground in Ukraine on behalf of the Associated Press.

Mikhail Palinchak is a Ukrainian street and documentary photographer working in Kyiv. His work has appeared in a panoply of publications internationally and he has published numerous books. Palinchak’s photographs have also been widely exhibited in gallery shows around the world.

Yuki Iwamura is a Tokyo-based freelance photographer working in Kyiv. He works with Reuters and has had work published in Agence France-Presse, Bloomberg News, and more.

Hailey Sadler is a documentary photographer who’s worked for National Geographic, the Associated Press, PBS, and The Washington Post, to name a few. Much of her coverage of the war is based out of Lviv, Ukraine.

Some ways to help those in Ukraine

If you are moved to help the people of Ukraine during this crisis, here is a (non-exhaustive) list of organizations providing aid.

According to the UN, women and children now account for 90 percent of the war’s refugees. UNICEF is working with partners to provide health, sanitation, and water services among other essentials. Their Twitter feed details the efforts on the ground.

The UNHCR is working to coordinate assistance with inter-agency convoys delivering aid. In a press briefing on April 6, UNHCR spokesperson Matthew Saltmarsh reports that 3,000 people received supplies in Sievierodonetsk and Luhansk, two cities that have been under constant shelling and suffering from a shortage of gas, water, and electricity. See this page for more updates.

If you know of other organizations working to help Ukraine or other Instagram accounts that are actively and accurately reporting the conflict, please share in the comments below.