This photo could define the war in Ukraine for generations

The image depicts the aftermath of a Russian bombing campaign that struck a Ukrainian maternity ward. The mother and child in the photo have since died. 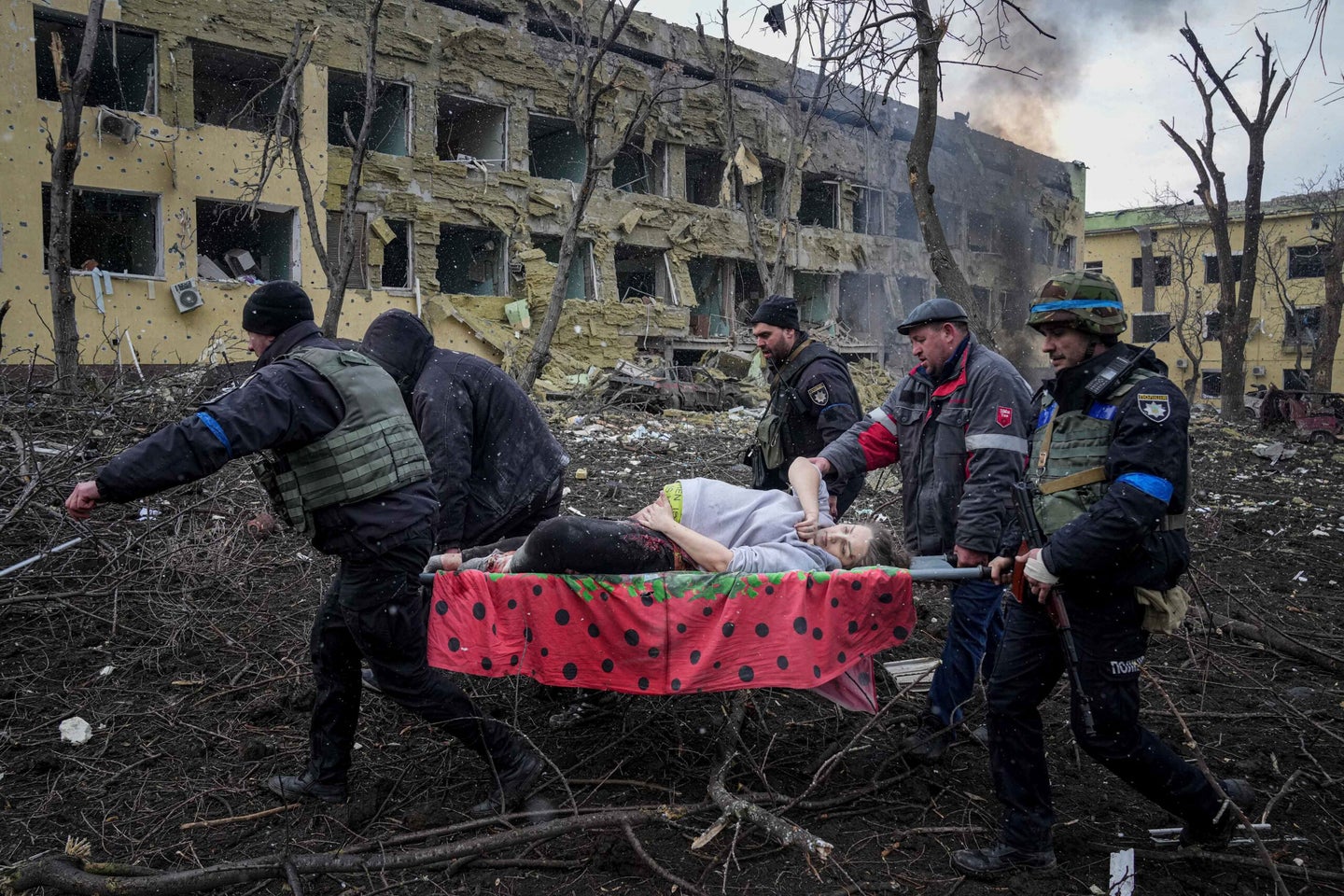 The photo shows several rescue workers dressed in dark colors evacuating a pregnant woman on a stretcher draped in what appears to be a red and green beach towel. Behind the subjects is a destroyed building, still smoldering. It’s a horrific image that was widely shared after Russian forces shelled a Ukrainian maternity ward last week in Mariupol—and one that shocked and resonated with the public.

The women and child have since died, according to the Associated Press.

Attempts to save them

After the attack, Ukrainian rescue workers transferred the mother to another hospital, where surgeons attempted to deliver her baby via cesarean section. Unfortunately, according to medics on the scene, the baby showed “no signs of life.” The mother died shortly thereafter when 30 minutes of resuscitation efforts failed. The attack killed three and injured at least 17 others, according to Ukrainian officials.

Why the photo resonates

The image was captured by AP photographer, Evgeniy Maloletka, who has been providing coverage of the invasion since it began on February 24, 2022.

Of the many heartbreaking photographs we’ve seen come out of this conflict, Maloletka’s, in particular, captures the cruelty and tragedy of Russian aggression. So much so, it’s already one of the war’s most recognizable, not to mention, vial images.

The subject matter and location certainly contribute to the image’s impact. Maternity wards, after all, are symbols of new life. This, coupled with the juxtaposition of that red-and-green beach towel—something so ordinary, so carefree and colorful—against such a horrific scene of tragedy, truly drive the photo home.

War photography plays an important role not only in how we process what’s going on in the present but also in how we look back and remember things. Images like “The Dead of Antietam,” “D-Day landing,” “Raising the Flag on Iwo Jima,” “Saigon Execution,” and “Napalm Girl,” all have impacted the way generations of Americans visualize and perceive past wars.

So while Maloletka’s photograph is one of the first iconic shots to come out of this conflict, we hope it’s also one of the last.