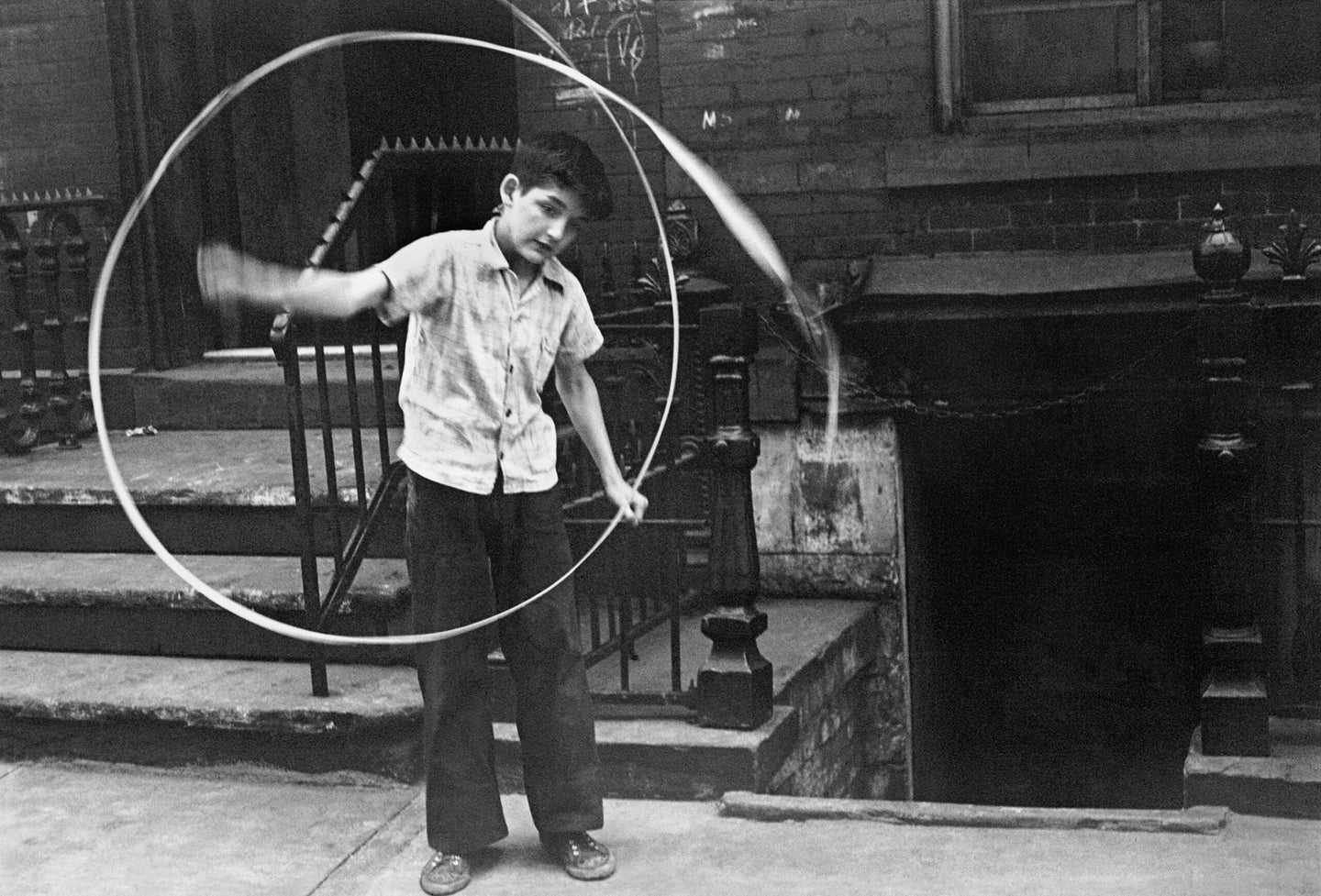 The phrase documentary photography was coined by one of its chief proponents: Walker Evans. “The term should be documentary style,” the master photographer reflected in 1971. “An example of a literal document would be a police photograph of a murder scene. You see, a document has use, whereas art is really useless. Therefore art is never a document, though it can certainly adopt that style.”

This interplay between documentary photography and art lies at the crux of PHotoEspaña 2022—as the photo festival celebrates its post-pandemic return and 25th anniversary, running through early September in more than 100 art venues throughout Madrid.

Whatever his rhetoric, Evans elevated the depiction of vernacular subjects to an aesthetic level that placed him in the photography pantheon among artful-minded peers like Alfred Steiglitz and Edward Weston. Evans inspired legions of documentary disciples—many of which appear in the PHE22 survey. While they reflect the unplanned, film vérité earmarks of documentary photography, these images now feature on museum and gallery walls.

The festival’s centerpiece is a vast survey, in two venues, called Sculpting Reality—a concept that sounds more manipulative than it is. “A photographer who adopts the documentary style aspires to reflect reality just as a sculptor does: by eliminating all superfluous pieces from the final work,” note guest curators Sandra Guimarães and Vicente Tolodi. “The show reviews the history of this genre through different times, circumstances, and geographic locations.”

The PHE22 offerings also cover lots of tangential ground—with a surprisingly strong tilt toward American photographers. Below are a few festival highlights.

Related: Photojournalist Susan Meiselas: How to be in the right place at the right time

Part two, at Circulo de Bellas Artes, surveys a wider range of contemporary projects expanding the genre, from Joel Meyerowitz’s early color work to Susan Meiselas’s forthright series on Carnival Strippers to the architectural studies of Bernd & Hilla Becher. Some of the lesser-known contemporary works, of prosaic scenes shot in a straight-on style, beg the question of whether they do belong on museum walls—but that’s all part of the debate. “Together they form a collection of images,” argue the curators, “that reflect on the narrative capacity of the documentary and its relationship with truth.”

A massive show depicting a tumultuous and colorful decade, The Sixties is comprised of printed photography, scanned and reprinted on wallpaper-style sheets covering the walls of CentroCentro (which also hosts a grand tribute to pop art stars including Andy Warhol and Roy Lichtenstein on a separate floor). The photographs are drawn from the dominant media of the era—books, posters, album covers, and most notably print magazines—at a time when television was just creeping in.

A large segment depicts the era’s most divisive conflict: “Vietnam, where photos make the citizenry witness atrocities happening thousands of miles from their newsstands,” note the curators. “In a way, the United States lost that war in the illustrated pages of magazines.” As an ode to printed photography, the survey salutes a stunning era as well as a vanishing art form.

Sebastião Salgado and the Royal Collections

One contemporary photographer who continues to thrive in the realm of print journalism as well as the art world is Sebastião Salgado, whose large-scale naturescapes anchor this survey. In Sebastião Salgado and the Royal Collections, they’re woven into a “dialog” with the works of some 20 landscape photographers from the 19th century—commissioned to document the world’s beauty spots by Queen Isabella II of Spain—including Charles Clifford, William Atkinson, and Jean Laurent. Together the image makers depict scenes from a world still unspoiled by humankind, ancient yet vulnerable, living reminders of creations in the balance.

PHotoEspaña 2022 runs through September 4 in more than 100 venues throughout Madrid.