The Brazilian street photographer will showcase work from her two books during the Venice Biennale. 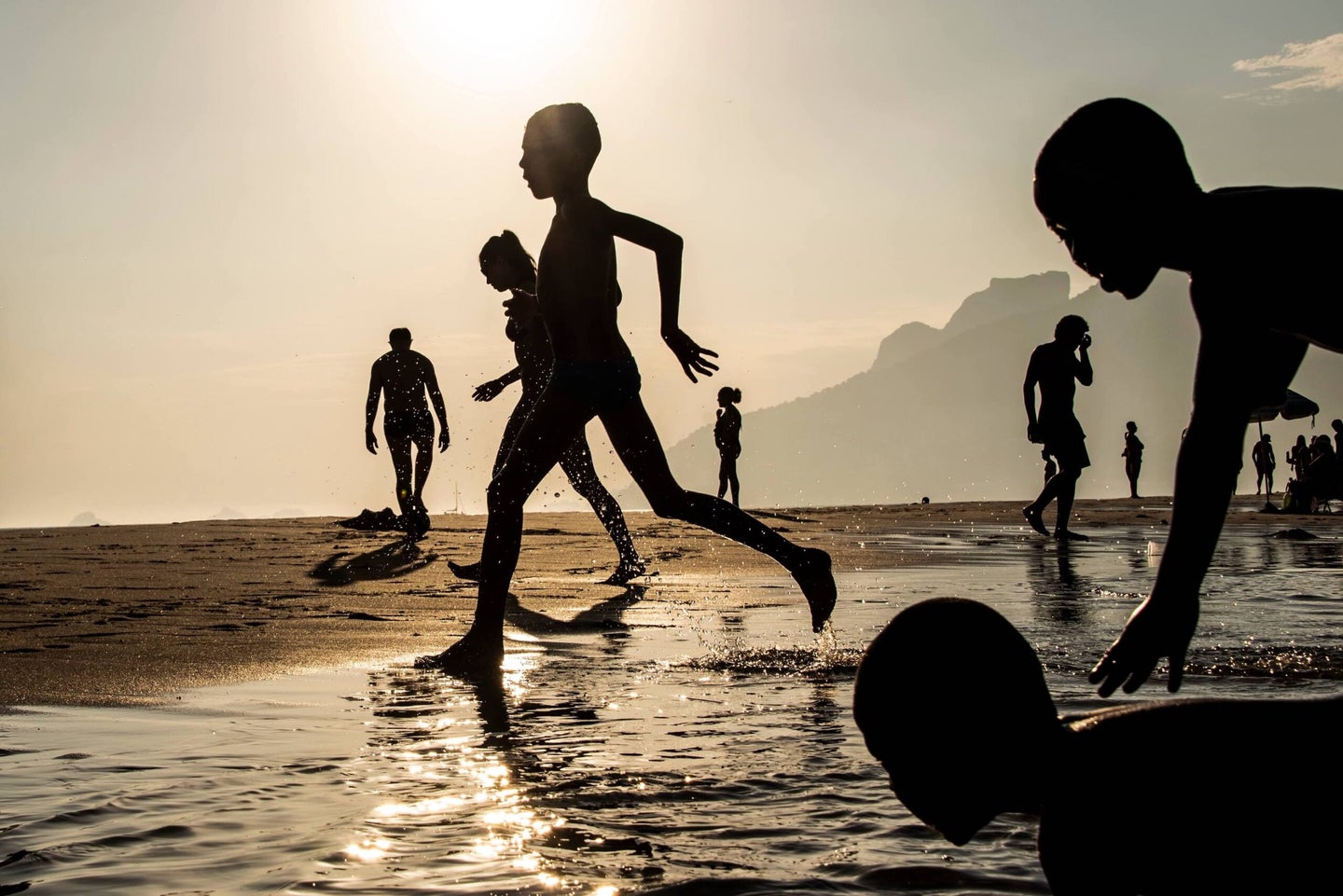 Before the age of 60, Sandra Cattaneo Adorno had never been a photographer. But when her daughter gifted her a photography course to mark her birthday, Cattaneo Adorno found herself fascinated with the medium. And now, this Saturday a collection of her photographs will go on display at Personal Structures – Reflections, a contemporary art exhibition that runs parallel to the Venice Biennale.

“Sandra’s photographs are a dreamy, poetic reverie,” says Gulnara Samoilova, founder of the Women Street Photographers community and gallery show. “Her work is calming and restorative, the perfect balm for life in today’s chaotic world.”

Cattaneo Adorno will display selected works from her two books, Águas de Ouro (waters of gold) and Scarti di Tempo (scraps of time), a pair of compendiums of her best street photography.

“I think street photography appealed to me because I am mostly drawn to people,” she says. “Having a camera is for me a great justification to approach people from different walks of life and take part in their experiences. I feel that with street photography, I am always learning; it always surprises me and, most of all, it is a lot of fun.”

Attendees of Personal Structures will have the opportunity to view the photograph on the cover of Águas de Ouro, which is the only image in the exhibition printed larger than the original. It holds a special place in Cattaneo Adorno’s personal photographic history. When she took the shot in 2016, she was just beginning to familiarize herself with her camera, a Nikon D750, and hadn’t shot much in Rio. However, the image ended up taking off, and titles such as National Geographic, The New York Times, and the Washington Post all published it.

“The success…gave me confidence about my work and made me realize that my photography had value,” she says. “That day the weather was very misty and the sea had a very strong undertow, so the bathers were hesitating to get in the water. Having photographed at sunset, the scene is bathed in a warm light that accentuates the haze. The people are small silhouettes on the beachfront looking at the sea and only occasionally venturing on the surf.”

Growing up in Rio de Janeiro when bossa nova was capturing the world’s imagination and painting pictures of the Brazilian idyll, Cattaneo Adorno reached for that feeling in Águas de Ouro.

“Saudade is a deep feeling of nostalgia that is very present in Brazilian culture,” she explains of her mid-century inspiration. “I felt that it was fitting for that project, which relied on my childhood memories of Rio de Janeiro and Ipanema Beach.”

A focus on the silhouette

Looking through her work, one easily comes to appreciate Cattaneo Adorno’s focus on the silhouette. The lack of faces lends a mysterious quality to her photographs, and, she hopes, depth.

“I am fascinated by silhouettes because of the sense of mystery they evoke in the photographs,” she explains. “Not being able to see somebody’s features, I believe, allows the person looking at the photos to participate more in the scene, as their imagination is called upon to try and make their own personal sense of the image.”

She prefers images that leave the viewer guessing. Straightforward is not in the parlance of her portfolio, which can be, at times, ethereal—inviting the viewer to actively participate in the creation of the world.

“I prefer to create images that don’t reveal themselves easily at first sight,” she says. “I believe that representing a scene in this way allows the viewers to give their own meaning to the images, based on their own personal experiences and on other images they might have stored in their memory.”

Though she picked up photography later in life, Cattaneo Adorno proves that it’s never too late to try something new. She enjoys the challenge of putting some order to the chaos of the street, and sharing the beauty she finds along the way.

“I get a real buzz from the moment when everything comes together in a photo and I feel that I could frame some of the beauty and poetry of the scene and share it with other people.”

Art lovers are invited to convene at Personal Structures to view striking bodies of work, of which Cattaneo Adorno’s is among them. The show runs from April 23 through November 27, 2022. An exhibition preview is available here.