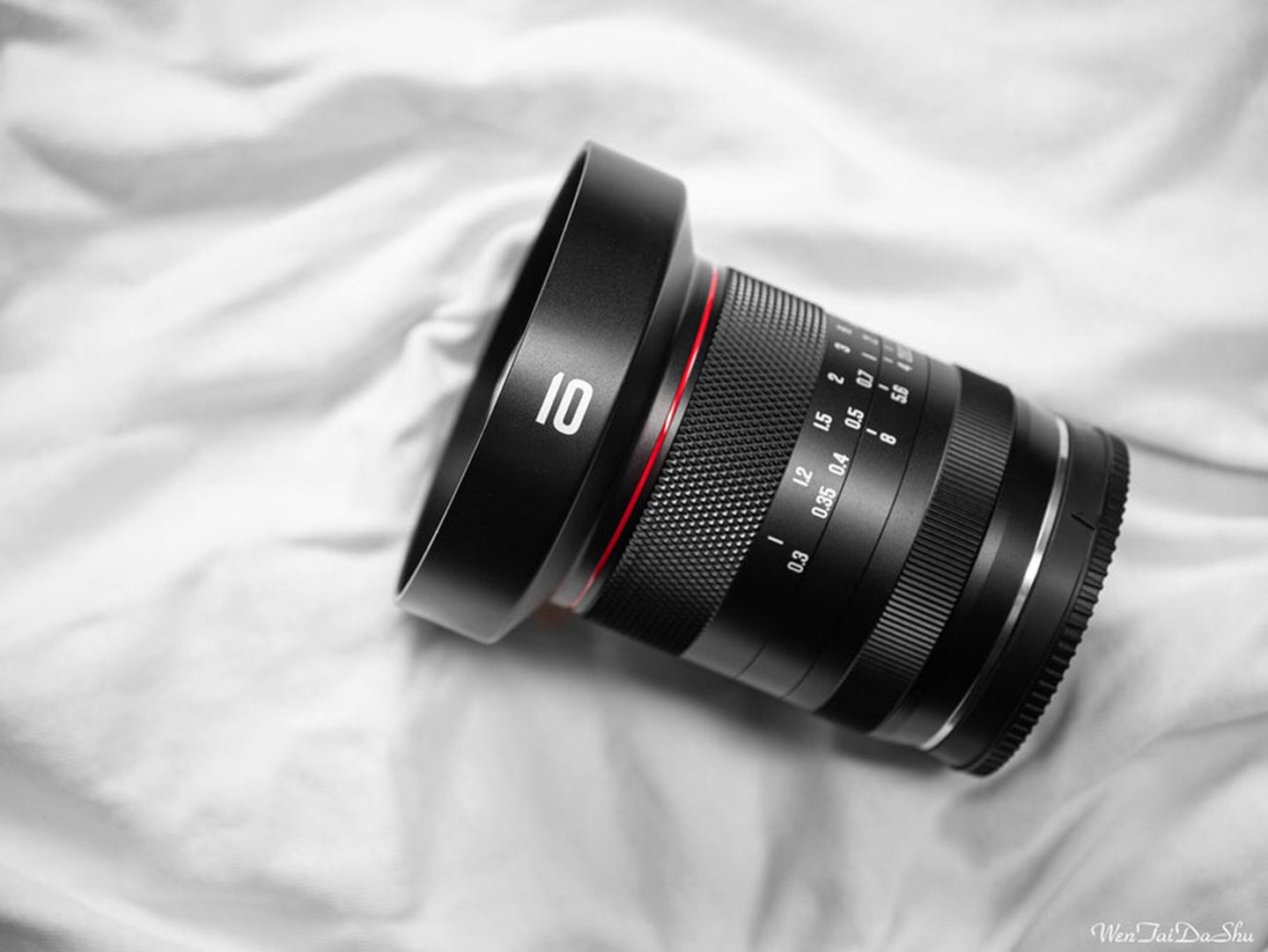 Hong Kong’s homegrown lens brand Meike has been on an absolute tear this year, releasing new lenses at a truly astounding rate. Last month alone, the company launched five new lense—including an incredibly affordable 85mm f/1.8—and in the first half of the year, it has already announced a total of nine lenses and two mount adapters. Yet the brand shows no signs of letting up any time soon, as just two weeks to the day after its last PopPhoto mention, the company is already back with another new launch.

This time around, the new Meike 10mm f/2 lens is a fully-manual prime intended for use with crop-sensor mirrorless cameras in one of five different mounts. And as is typical with Meike’s announcements, information about the new optic is rather sparse. That’s a bit of a pity, as it’s actually quite an interesting lens. And it only has one rival which, as we’ll see, is actually quite distinct itself.

Available on five mounts, but one has an existing rival

There are a fair few 10mm f/2.8 lenses on the market, and Panasonic’s Leica 9mm f/1.7 for Micro Four Thirds also comes fairly close. But to date, this is only the second 10mm f/2 we’re aware of after Venus Optics’ well-reviewed Laowa 10mm f/2 Zero-D. This latest Meike attacks it head-on at a similar price point, and importantly it’s shipping not just for Micro Four Thirds but also for Canon RF-, Fujifilm X-, Nikon Z-, and Sony E-mounts.

The new Meike is much heftier than Laowa’s lens

So what do we know, beyond the focal length, maximum aperture, and mount? Meike’s product listing reveals only a rather hefty weight of 1.2 pounds (550g), more than quadruple the weight of the Laowa. Clearly, if portability is your primary goal and you’re a Micro Four Thirds shooter, you’re going to want to stick with that lens. But with 15 elements in 12 groups, Meike’s optical formula is certainly more complex than the 11-element, seven-group Laowa.

Other than that, the only information Meike has to offer is a one-foot minimum focusing distance and information on viewing angles. Some more information can be gleaned from between the lines, however.  For one thing, from the provided viewing angles we can infer 35mm-equivalent focal lengths of about 16mm for APS-C bodies and 21mm for Micro Four Thirds. That, in turn, suggests that the actual focal length is just a little above 10mm.

And from the focal length and minimum focusing distance, we can also calculate the maximum magnification as around 0.04x, as compared to 0.15x for the Laowa which can focus to just 4.7 inches. The sample images contain two shots with 10-bladed starbursts, indicating that the aperture diaphragm must contain either five or ten blades. (Five would be a match for the tiny Laowa, but given this lens’ greater heft and price, plus its more complex optical formula, we’re hopeful for the latter.)

Beyond that, we can see the minimum aperture is f/22 and that the lens features multi-coatings and a metal mount plus 77mm filter threads up front. (Again, that’s far larger than the 46mm threads of the tiny Laowa.) But that, sadly, is all we can glean for the time being.

The new Meike 10mm f/2.0 prime is available immediately for Canon RF-, Fujifilm X-, Nikon Z-, and Sony E-mount cameras, as well as Micro Four Thirds. Pricing is set at $449 regardless of the mount. That’s approximately 13% higher than the Laowa, which currently lists for $399.