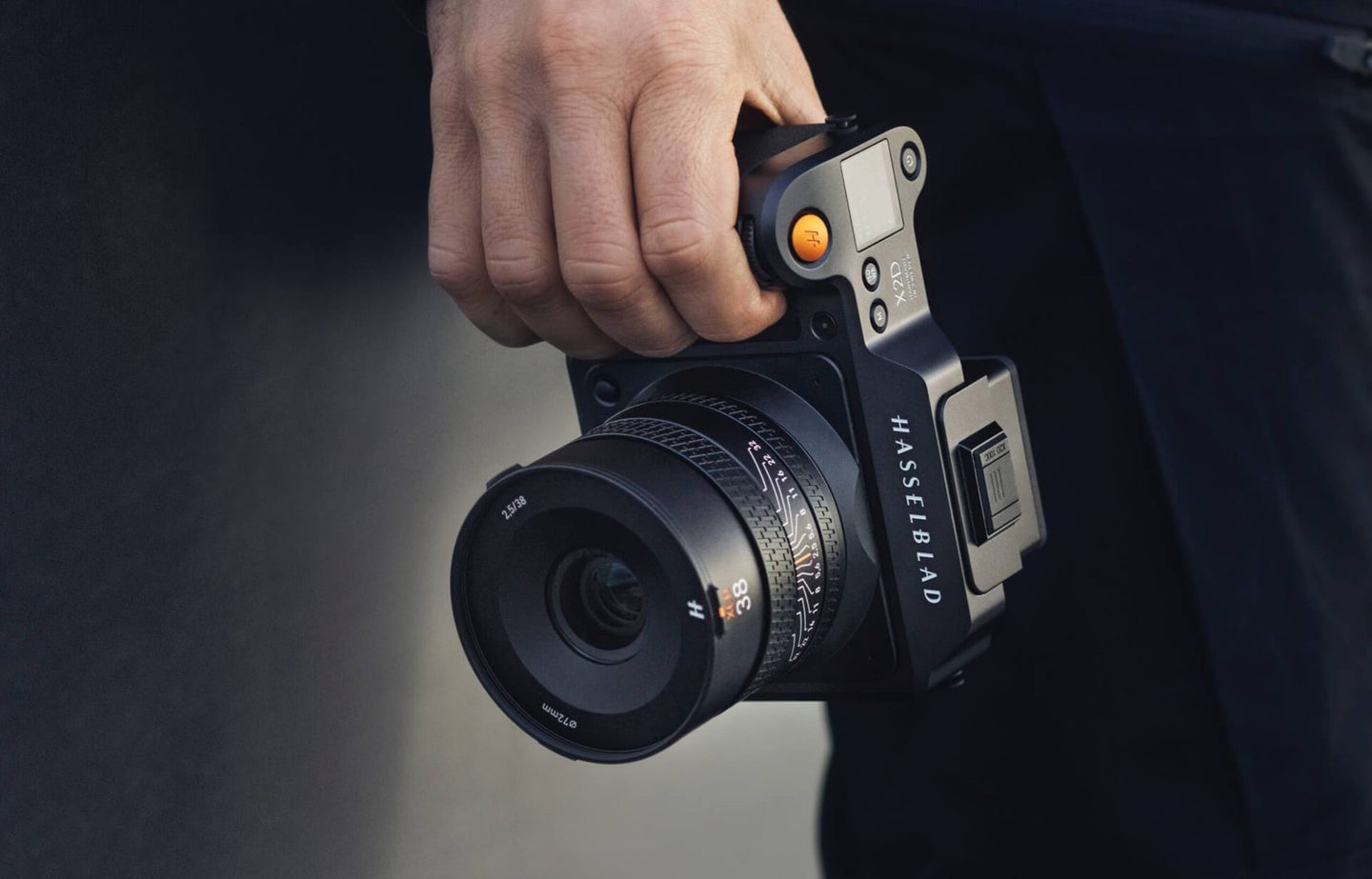 Hasselblad introduced its X-series medium format mirrorless cameras back in 2016 with the original X1D. It was a quirky camera with an excellent build and outstanding image quality. The Swedish manufacturer refined the concept with the X1D II in 2019, but now the line is ready for full refresh. The X2D, which Hasselblad just announced, cranks the resolution all the way up to 100 megapixels and adds a custom-built image stabilization system to help steady that chunky sensor.

The $8,200 X2D 100C (which is currently available for pre-order) employs a 100-megapixel, backside-illuminated sensor that measures 43.8mm x 32.9mm. That makes it larger than a full-frame sensor (which typically measures 36mm x 24mm) and exactly the same size as the chip inside Fujifilm’s GFX cameras. This is typically what we call “medium format” in the digital world, even though it’s technically smaller than any medium format film frame. Hasselblad claims the X2D’s sensor offers 15 stops of dynamic range (one more than the X1D II that came before it) with 16-bit color to go along with all those pixels. The body is also surprisingly compact, checking in at just under two pounds. Let’s break it down:

In terms of autofocus, the X2D offers 294 independent phase detection zones, which allow you to select and focus in just about any part of the frame. The original X1D only offered contrast-based AF, which lacks in both speed and accuracy compared to the phase detection system Hasselblad introduced with the X1D II. The X2D should be even faster and more accurate than its predecessor. It still won’t compete with beastly, action-oriented cameras like the Nikon Z9 and Sony A1, but it should be plenty fast and accurate for most common shooting scenarios.

Hasselblad built a brand-new image stabilization system into the X2D in order to try and squeeze every last bit of image quality out of it. More pixels can translate into more detail, but they also make image shake more noticeable. The company claims the IS system can provide 5-axis image stabilization for up to seven stops of total shake reduction. That’s crucial for a relatively compact (at least for a medium format model) camera that’s meant for hand-holding.

As for displays, the X2D comes toting a 0.5-inch electronic viewfinder with 5.76 million dots of resolution. It has an excellent 1x magnification, so the images will appear big and easy to see. The refresh rate tops out at 60 fps, which is standard—though it would have been nice to have 120Hz as an option like in some very high-end mirrorless cameras. The display on the back of the camera 3.6-inch, 2.3-megapixel touchscreen that tilts for shooting at odd angles. You can even make it lay flat so you can look down at the camera as if you’re using an old-school Hasselblad with a waist-level finder.

The battery is only rated for around 420 shots, but they are compatible with Fast Charging technology, which means they can pick up quite a bit of charge in a hurry if you’re in a jam. Still, best to have several batteries on hand whenever you’re shooting with a mirrorless camera—or any camera for that matter.

The Hasselblad X2D is slated to hit the market at the end of September 2022. It will cost $8,200 retail for the body alone and you can pre-order it right now. That’s a considerable jump up from the $5,750 price tag attached to the 50-megapixel Hasselblad X1D II. You are getting a lot more pixels and built-in stabilization to justify that cost. It’s also considerably more than the $5,999 Fujifilm GFX 100S, which also has in-body stabilization. I’ve had limited shooting experience with the Fujifilm, so I’m looking forward to trying the Hasselblad to find out how it compares.

In addition to the new camera body, Hasselblad also introduced three new lenses for the X-series cameras. They will work with any X-series camera, including the weird-but-wonderful 907x 50C. Here’s a rundown of the new glass.

The widest new lens also represents one of the widest options in the X-mount system. It’s obviously longer than the 21mm ultra-wide, but its in the same ballpark as the 30mm f/3.5 and it’s considerably faster. It acts like a roughly 30mm lens on a full-frame body. It costs $3,699 and is currently available for pre-order.

This short standard lens acts like a 43mm lens on a full-frame camera. It’s considerably faster than the 45mm lenses in the line and a little faster than the 65mm f/2.8. The 55mm f/2.5 costs $3,699 and is also available for pre-order right now.

Even on a medium format body, this lens acts like a short telephoto lens meant for portraits and other similar shooting scenarios. It acts like a 71mm lens on a full-frame body. This will likely be very popular with portrait shooters, even with its hefty $4,299 price tag.