The 907X 50C camera has a learning curve, but it rewards shooters with beautiful images. 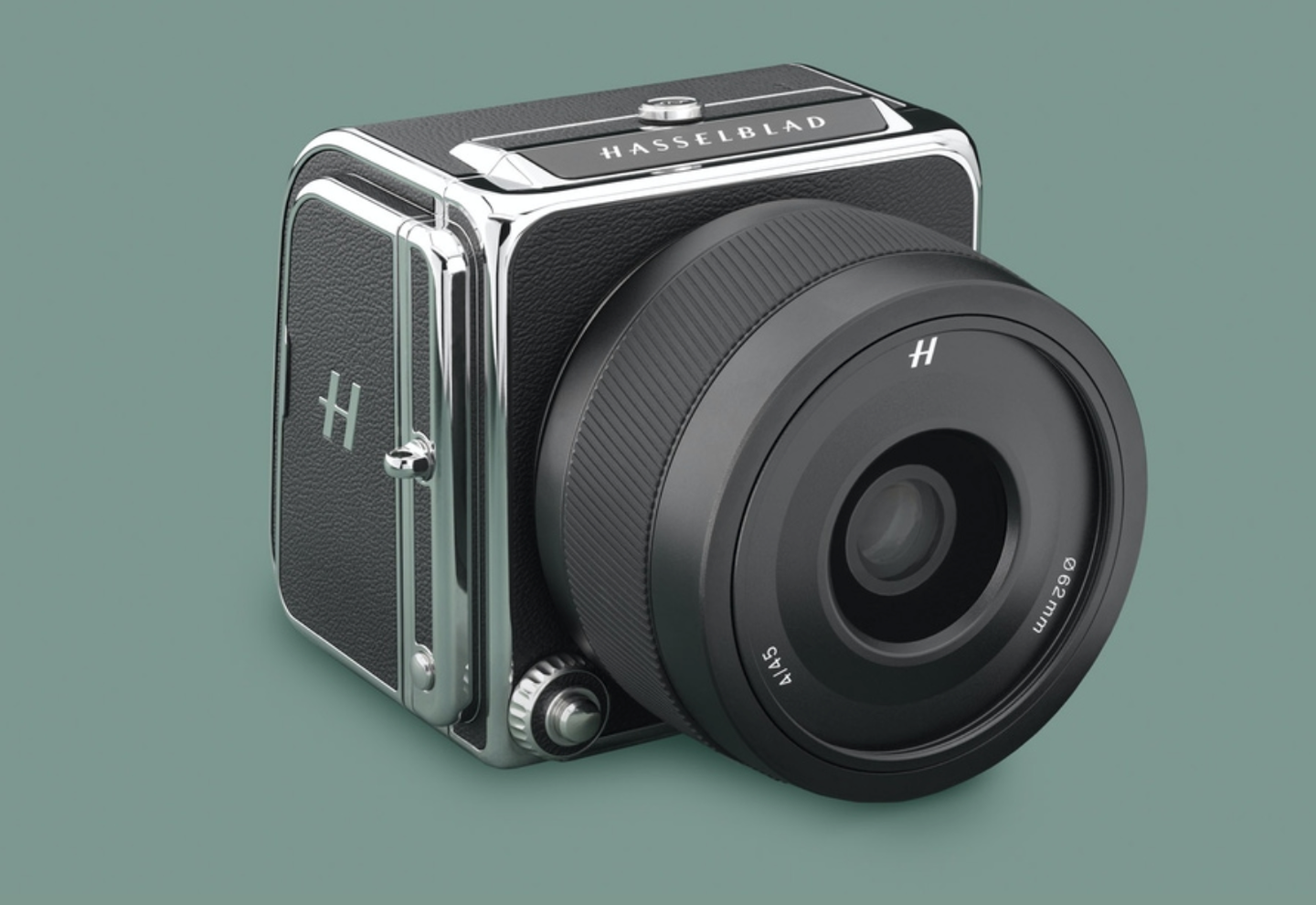 I thought I would be cute and shoot the product shots for this review on film. Then, I promptly ruined the roll of film, so here's a stock shot. Sorry. Hasselblad
SHARE

Shooting photos with an old-school Hasselblad film camera is a truly wonderful analog experience. They typically employ a waist-level finder, which means you look down at the top of the camera to compose your shot and focus. The lenses are meticulously sharp, and the design adds very few features that aren’t totally necessary. That’s largely what I was expecting when I threw the 907X 50C strap around my neck and headed out to shoot. I quickly realized, however, that this camera is something different. Despite its lofty price tag and its dapper appearance, the 907X is fun—it feels considerably less formal than its film-based predecessors while turning out extremely high-quality images.

The Hasselblad system has always been modular. The original models employed a film “back,” which held the film in a cartridge. That attached to a body, which enclosed the viewfinder and mirror box that let you see what you were shooting. Then, a lens attaches to the front. The 907X works on basically the same idea, only the body is much smaller since it doesn’t need a mirror. Your viewfinder is the screen on the back of the camera, which shows you a live feed directly from the sensor. It feels like you’re holding a chunky Rubik’s Cube with a lens stuck on the front.

The first thing you have to do when shooting with the 907X is to figure out how to hold it. The 3-inch, 920,000 dot screen on the back works just fine if you hold it up in front of your face, but the lack of grip makes it feel slightly awkward. When you hold a camera up to your eye, you can actually press it into your face a little to steady it. Holding the 1.6-pound (without a lens) 907X away from your face feels slightly awkward.

The screen flips up, however, so it’s parallel with the ground, which means you can leave it hanging on the strap and look down to shoot, just like you would with a film Hasselblad. I greatly preferred this method because you can put some tension on the strap around your neck, which adds stability.

The screen flips up so it’s totally flat, which is very nice, but sun glare can be an issue when you’re out shooting during the day. Some kind of screen shade would be an excellent addition to fight glare and make the image more visible.

At first, I was relying heavily on the built-in autofocus, but I quickly realized that’s a mistake in many circumstances. If you’re used to a modern, high-end mirrorless camera, the 907X’s AF will feel paltry. You get 117 autofocus points, but all of them are contrast-based—there’s no hybrid focusing here. When you activate the AF, you’ll likely notice it find your desired subject, the go slightly past it, before snapping back into focus. That’s very typical for contest AF and not particularly conducive to super-fast action. But, that’s now what this camera was made for.

I found the best success when manually focusing. The 907X offers excellent focus peaking, a system which uses stripes and outlines on the camera’s screen to indicate what parts of the image will appear in focus when you take the picture. I found myself focusing more quickly with manual focus compared to AF in many different situations.

Inside the 50C back, you’ll find Hasselblad’s 50-megapixel (8,272 x 6,200) medium format sensor, just like you’ll find in the other mirrorless offerings. It has a 4:3 aspect ratio, which is wider than the 1:1 old Hasselblad film cameras used to offer, but not quite as wide as the 3:2 ratio you’d get with a pro DSLR.

The images that come out of the sensor are simply beautiful. If you hit the focus and you get the exposure pretty close, you’re going to come away with a file that will look amazing as a finished image. The larger sensor gives the image a more three-dimensional look than what you typically get, even with a pro-grade full-frame SLR.

The 50-megapixel resolution offers you a couple options when it comes to shooting. Stick the camera on a tripod and you can meticulously frame your shot to use up every last bit of the sensor to capture a scene. I appreciated the extra resolution, however, because it allows for shooting a little looser and then refining the frame by cropping in post.

The 16-bit files have impressive dynamic range. It performs beautifully in backlit situations and does an excellent job differentiating between similar tones. Even in super-high-contrast settings, it manages to keep the highlights in check while pulling lots of detail out of the shadows.

After a few weeks with the 907X, I still find the camera slightly confounding. It’s a genuinely fun camera and it offers a truly unique shooting experience. But, for most shooters, it won’t be terribly practical. That’s usually not a problem, but when the camera body itself costs more than $6,000, you need a concrete reason to lay down a credit card. I could see landscape photographers really appreciating the combination of big resolution with a small camera body. For street photographers, I could see the appeal of the excellent lenses and focus peaking along with the relatively compact form factor (at least compared to other medium format cameras).

I didn’t own any vintage Hasselblad lenses when I tested the 907 (I have since acquired some, at least in part due to how much fun I had with the 907X), but I imagine using some old glass via the lens adapter would make this thing tremendously enjoyable. Medium format was never about being the fastest or the most efficient—it was about producing big, beautiful images, and the 907X does that with aplomb.