The Earth-based research telescope is poised to discover habitable planets and unlock space's deep secrets in collaboration with its cosmic cousin, the JWST. 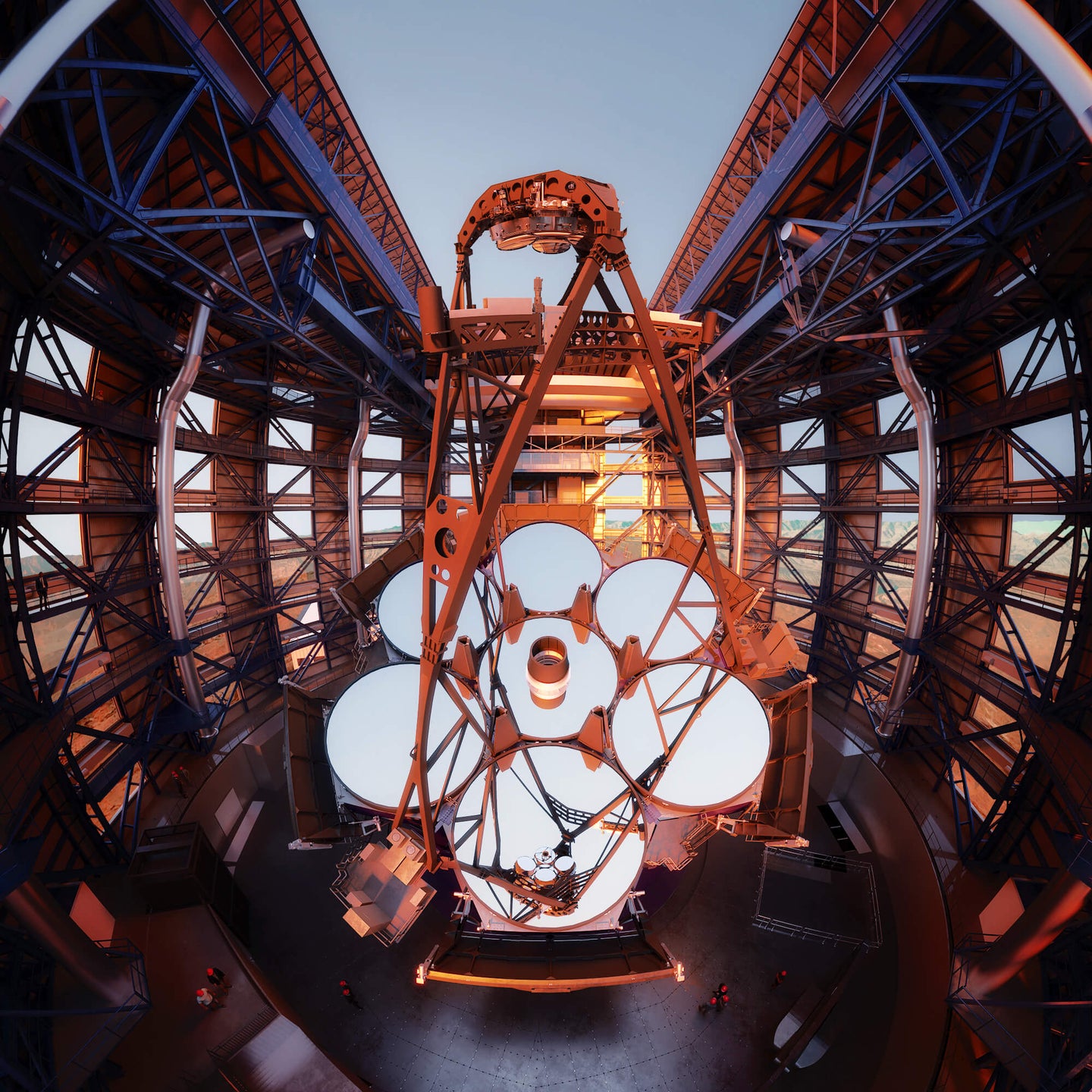 If you thought the James Webb Space Telescope (JWST) was impressive, think again. With a fresh $205 million in funding secured to accelerate its construction, the Giant Magellan Telescope is poised to be the most powerful telescope… ever. It will be used to hunt for habitable planets, study the first galaxies of the universe, and attempt to explain mysteries like dark matter and energy.

The funds will be used to construct the 12-story telescope, including the seven primary mirrors underway at the University of Arizona’s Richard F. Caris Mirror Lab and an advanced spectrograph instrument in Texas. The final product will be assembled at Ingersoll Machine Tools in Illinois.

“The funding is truly a collaborative effort from our Founders. It will result in the fabrication of the world’s largest mirrors, the giant telescope mount that holds and aligns them, and a science instrument that will allow us to study the chemical evolution of stars and planets like never before,” says Dr. Robert Shelton, President of the Giant Magellan Telescope Organization (GMTO).

Related: NASA’s next space telescope could have a liquid lens and be 100x larger than Webb

An important priority in astronomy

The JWST is already a feat of human engineering. So why all the hype around the Giant Magellan Telescope?

The National Academy of Sciences Astro2020 Decadal Survey deemed the project “absolutely essential if the United States is to maintain a position as a leader in ground-based astronomy.”

The telescope will have 10 times the light collecting area and four times the spatial resolution of the JWST, and will be 200 times more powerful than any other research telescope currently in use. For context, it will be able to show the torch on a dime from nearly 100 miles away with tack-sharp focus.

With that, the goal of the Giant Magellan Telescope will be to study the physics and chemistry of faint light sources discovered by the JWST. The hope is to identify potentially habitable planets; study the universe’s first galaxies; and search for clues that would unlock the mysteries of dark matter and energy, black holes, and the universe’s origins.

Related: The JWST has just 68GB of onboard storage

Though the project does not currently have a completion date, significant progress has been made. Presently, six of the seven primary mirror segments have been cast, with the third segment having completed its two-year polishing phase.

The Giant Magellan Telescope will be assembled at a newly-constructed, 40,000-square-foot facility, and the first adaptive secondary mirror is currently in production in Europe.

If the project is anything like other deep space telescope projects, it could be a while before we see any results. But until then, we’ll be eagerly waiting.