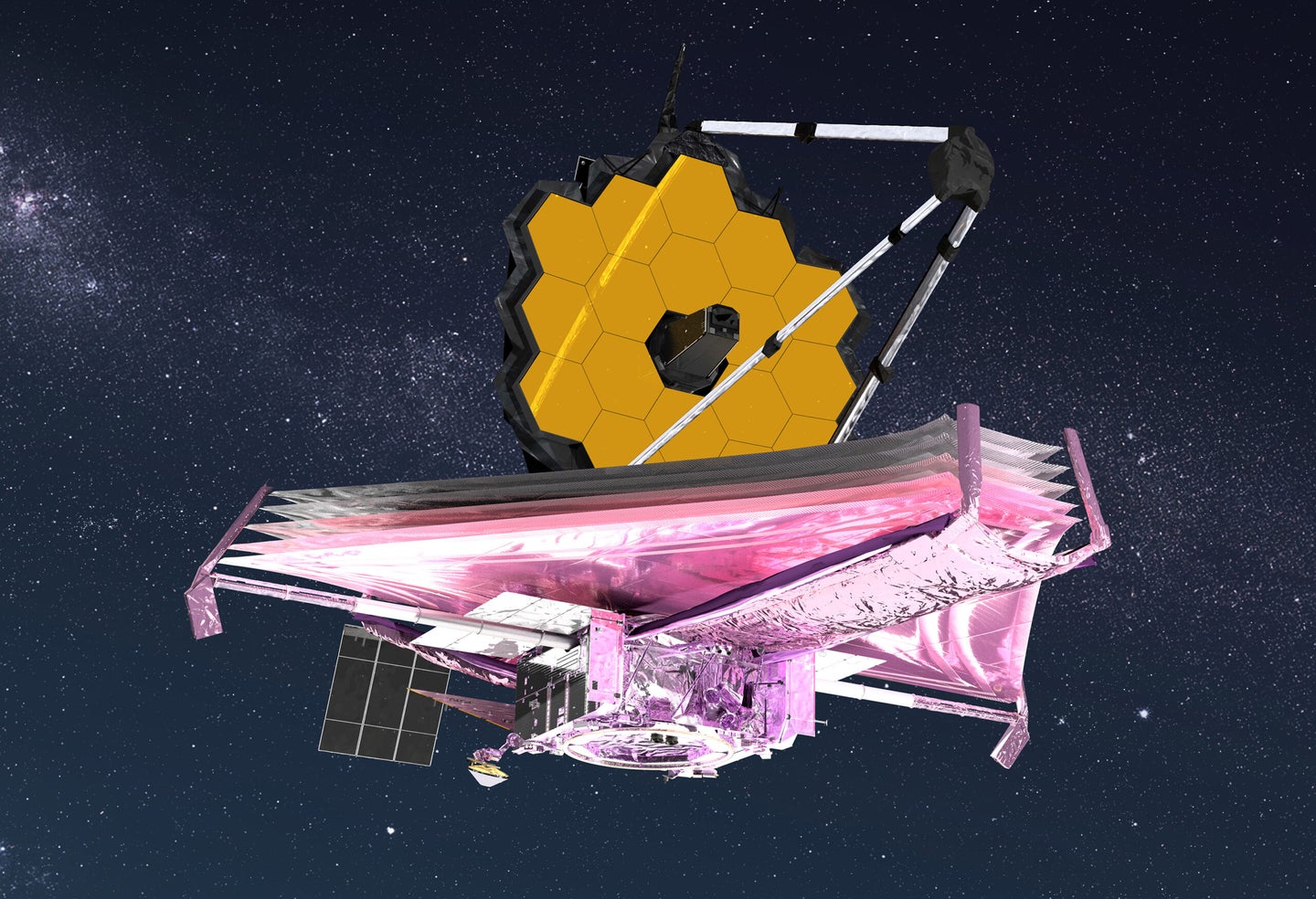 As photographers, we know a thing or two about storage. After all, those precious RAW files can take up quite a bit of space. So, naturally, many of us seek out memory cards with ample enough capacity to accommodate them all. But, shockingly, the James Webb Space Telescope (JWST) stores all of its data on a single, modest 68GB solid-state drive (SSD)—which is smaller than the SD card presently in my camera. Let’s dive in.

Related: How to ‘focus’ a six-ton space telescope

Won’t it run out of storage space?

Staying in constant contact with Earth isn’t possible, so the information gathered by the JWST has to live somewhere until it can be offloaded. But, if you’re wondering if the drive will run out of space, the answer is, no, it won’t.

The 68GB capacity feels pretty dinky when you consider the fact that the very first image was an enormous composite of 12.5 hours of exposures, but the truth is, the JWST is regularly transmitting data before it reaches storage capacity. In fact, the drive can hold up to 24 hours’ worth of information, even when the JWST is churning out its maximum amount of data (57GB per day).

In addition to storing observation data, roughly 3% of the onboard storage is reserved for engineering and telemetry data. However, it’s worth noting, that NASA engineers expect the onboard capacity to diminish to around 60GB after a decade in use due to the extremely low temperatures and high radiation levels in space. With 3% of storage spoken for, could Webb run out of storage sooner than scientists planned? It’s hard to say, but NASA engineers do seem confident the telescope will reach the 20-year mark.

Data from the JWST is transmitted via the Deep Space Network (DSN)—the same one used by the Mars rovers, Voyager probes, and Transiting Exoplanet Survey Satellite, among others. The DSN uses three antenna complexes located in Canberra, Australia; Madrid, Spain; and Barstow, California.

Presently, the telescope is 932,000 miles from Earth. To send its data all that distance, the JSWT uses Ka-band frequencies, a type of microwave on the electromagnetic spectrum which allows for transfer speeds of about 28Mb/second. At full capacity, the telescope has the ability to record up to 57GB of data a day, compared to Hubble’s 2GB a day.

To obtain data from the JWST, researchers must schedule a contact window up to 20 weeks in advance. Communications channels employ the Reed-Solomon error-correction protocol, also used in DVDs, Blu-ray discs, and QR codes.

While its storage setup may seem spectacularly unmonumental, the JWST is clearly doing just fine. And we can’t wait to see what it continues to discover!