The Canon RF 24mm and RF 15-30mm are both stabilized but lack weather-sealing. 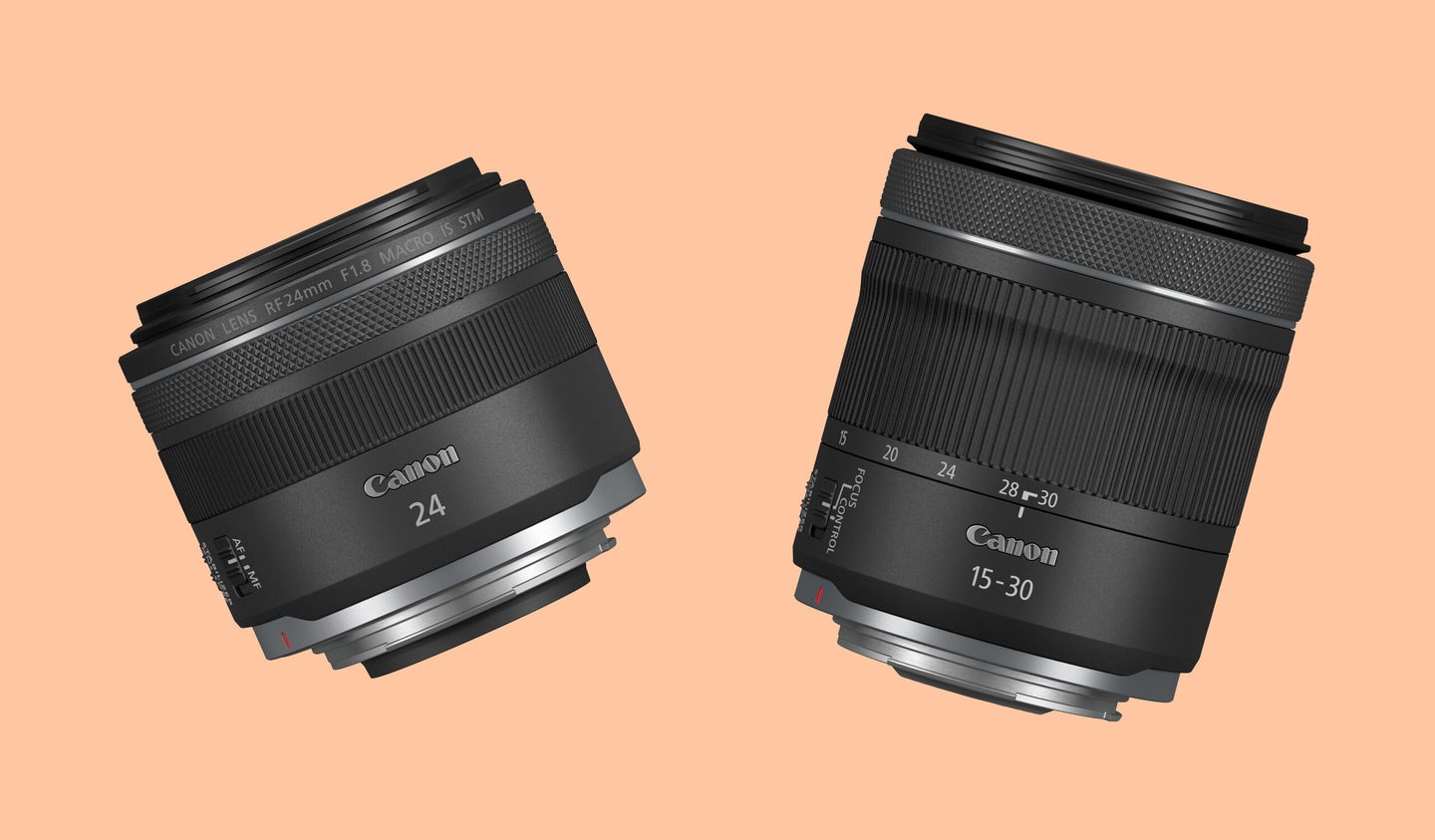 Canon RF-shooters have two new, affordable-ish wide-angle lenses to consider. Today, the brand unveiled the Canon RF 24mm F1.8 Macro IS STM and the Canon RF 15-30mm F4.5-6.3 IS STM. Both are lightweight and optically stabilized, though neither is weather-sealed. Let’s take a closer look at each.

Both 24mm and 38mm are quite versatile focal lengths, though the latter falls just outside of wide-angle territory. Regardless, we could see this being a great option for landscapes, architecture, starscapes, music and event photography, photojournalism, weddings, and more.

Also, given its stabilized nature and use of a stepping motor (STM)—which should operate quickly and silently—we could see this being a solid option for video shooters and vloggers too. Canon says the lens’ image stabilization should provide up to 5.5 stops of compensation whether shooting stills or video.

Optically, the Canon RF 24mm has 11 elements in nine groups, with one ultra-low dispersion element and one aspherical element. The brand’s Super Spectra Coating (SSC) has been applied to these elements to help control ghosting and flare. And a 9-blade aperture offers a range of f/1.8 to f/22.

In terms of physical controls, there’s a focus ring, a customizable control ring (with click-stops), an AF/MF toggle, and an IS on/off switch. The front offers a 52mm filter thread. Canon makes no mention of weather-sealing. And we also don’t know what the barrel is constructed of, but given the lens’ price and weight, we’re betting it’s some sort of polycarbonate.

Its optical image stabilization should provide up to 5 stops of compensation on its own, making hand-held shooting a total possibility. In fact, the focal length is quite well-suited for vlogging and other video work. Again, this is a full-frame lens but on a crop-sensor body, it’ll provide the equivalent of a 24-48mm lens, which is quite useful.

Like the Canon RF 24mm, the RF 15-30mm uses a stepping motor, which should provide smooth, silent AF during video. Weight-wise it clocks in at 14.4 ounces, which certainly shouldn’t break your back. That’s something landscape shooters (or really anyone who lugs gear) can appreciate. This is also a good option for astrophotography and architecture. It additionally has some potential as a general walking-around optic, though you’ll be hard-put to get any serious subject separation given the slow maximum aperture range.

Optically, there are 13 elements in 11 groups, including two ultra-low dispersion elements and an aspherical element. It too features Canon’s anti-ghost coatings to combat optical uglies. And a 7-bladed aperture diaphragm means you shouldn’t expect the bokeh balls to be too stunning.

The lens barrel sports both a zoom ring—the lens has a telescoping zoom design—and a customizable control ring. And you’ll also find the same pair of toggles as the 24mm on the barrel. Build quality-wise, the Canon RF 15-30mm also seems to be on par with the RF 24mm, which is to say, there’s no weather-sealing and the barrel is likely plastic. The front accepts 67mm filters.

Price & availability of both