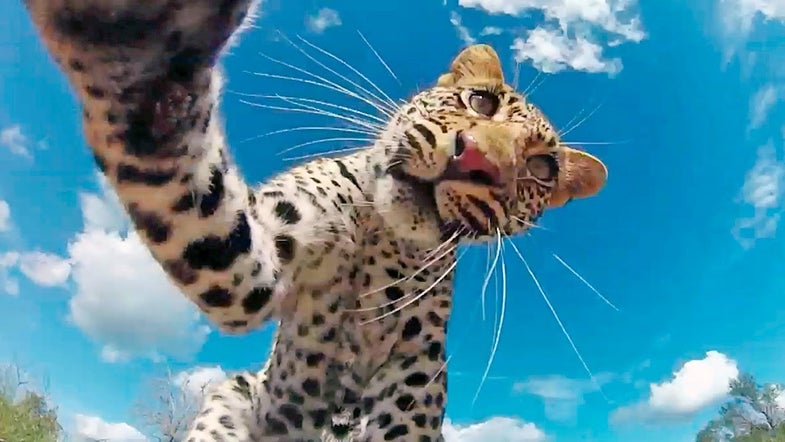 There’s something about the GoPro that seems to make it a natural target of the attentions of animals. We’ve seen countless animals steal the things. But for some reason, it’s big cats that seem to go particularly bonkers over the cameras, like this lion, or these tigers. Today we have another such situation, this time a leopard and its cub deciding that a GoPro would be an excellent toy to run off with.

The video was shot at the MalaMala Game Reserve in South Africa. Ranger Roan Ravenhill set up the GoPro on a wooden stand to try and get some footage of nearby wildlife, and the curious (though famously reclusive) leopards opted to come investigate.

Eventually, after batting it around a little, then carrying it off, the mother and cub got bored and dropped it, and Ravehill was able to reclaim the camera.

Speaking to the Telegraph, he said:

Which sounds exactly like a house cat, just much, much bigger.