More cameras should be this connected. 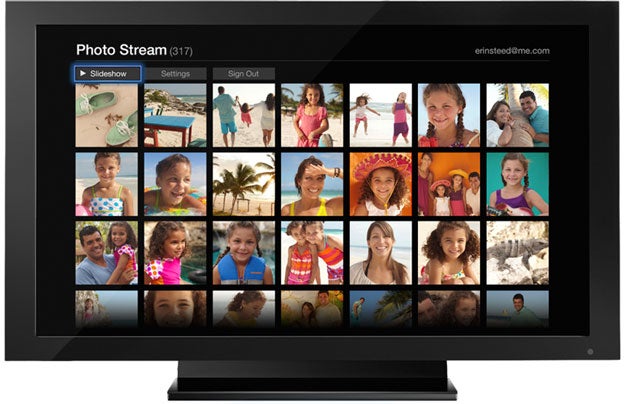 Now that you’ve heard about the iPhone camera functionality upgrades coming in iOS 5, you might also be interested in hearing about what Steve and Co. have in store for your photos once they’re captured. In short: They’re going to the cloud. The iCloud, that is.

Apple’s iCloud service is, at its core, an online backup solution. The photo element is called Photo Stream, which seems a little odd when you consider how ingrained the phrase “Photostream” has become with Flickr. When you take a picture with your iPhone, it’s wirelessly transferred to the online storage system. From there, it’s synced to other enabled devices like computers or iPads.

Photos live in the cloud for 30 days before being deleted, but you can keep them indefinitely by moving them to a permanent folder. It even syncs with non-Mac PCs. Images can be viewed in a simple, elegant piece of display software.

In the end, the whole thing sounds a lot like what Eye-Fi has been doing, especially with their new Direct Mode feature. But, even if the concept isn’t entirely new, it’s nice to see Apple pushing the issue of connectivity. Their iPhone 4 is well on its way to taking over the top spot as the most popular camera on Flickr. A little scary. But, it will hopefully help the big name camera manufacturers that connected cameras are something people actually want. We have to give credit to Samsung’s SH100 compact camera for trying something similar.

I’m curious to see if iCloud would actually work with images sent to an iPhone from an Eye-Fi card in direct mode. If so, the options could be very interesting.