This interesting concept will never see the light of day, but it makes some interesting guesses about the future of DSLRs. 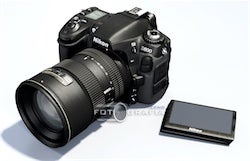 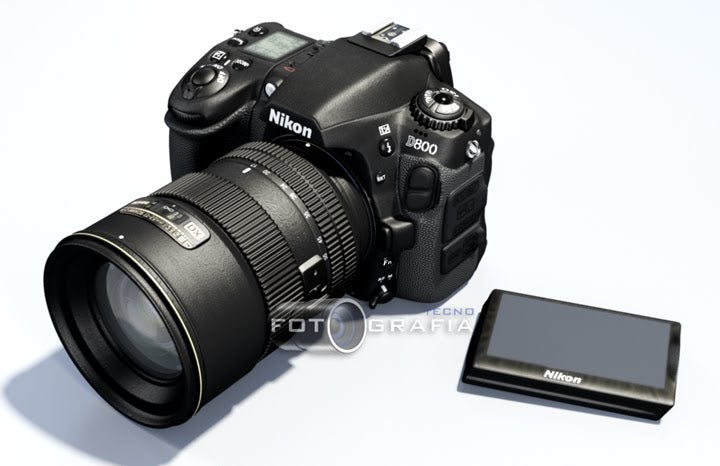 Spanish site Tecnofotografia have put together this very cool rendering of a theoretical Nikon D800, with a swiveling grip and a completely removable LCD screen. We know these will never come to pass, but there are some cool ideas in it.

Sure the new Nikon D5100 and Canon T3i and a number of Olympus’s models have screens that swivel, but why stop there? This concept art has a screen that is completely removable, and connected wirelessly to the camera for true maneuverability. See something cool around the corner? Turn on live view, and point your camera around the bend while holding on to the screen in your free hand. While this may sound completely out there, Samsung’s already playing with a similar idea with their SH100 — a point and shoot that you can control and see from your Galaxy S mobile phone.

The concept also borrows the idea of a horizontal grip, a feature commonly found in camcorders, which is seen as more comfortable and stable for recording videos, and for shooting from extremely high or low angles. Remember in the late 90s/early 2000s when Nikon released a string of point-and-shoot Coolpix cameras that had swivel lenses? With the increasing emphasis on videography in DSLRs, I can see how an adjustable grip would be seen as an advantage for many users.

But, as someone who’s lost every lens-cap he’s ever owned, I know that LCD screen would dissapear on me.

Click through to the link to see plenty more renders.