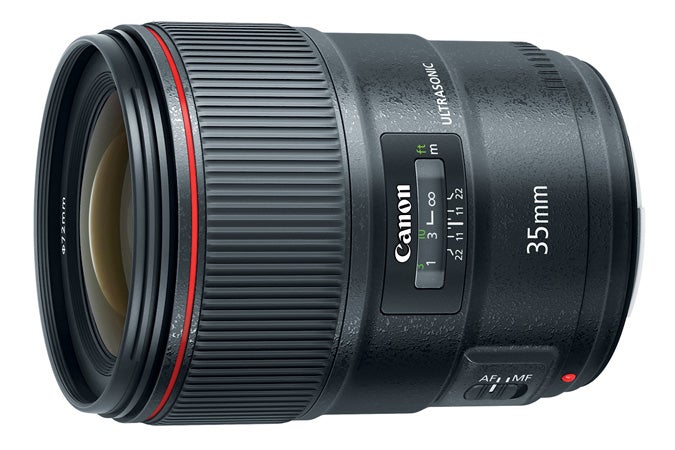 There are lots of fancy types of glass elements companies can stick inside their lenses to improve optical performance. Today, joining the ranks of the aspherical and super-low dispersion elements are Canon’s new Blue Spectrum Refractive Optics elements, which make their first appearance in the 35mm F/1.4L II USM.

According to Canon, the new elements are composed of a “new organic optical material with unique anomalous dispersion characteristics.” The BR optics refract blue light to a greater degree than other types of elements, which they claim does an unmatched job when it comes to stopping chromatic aberration.

Simply put, Canon claims that their new lens element technology can pretty much put an end to the ugly purple and green fringing that you sometimes see in very high-contrast areas of your photos.

The new lens as 14 elements in 11 groups, some of which should be familiar like UD, Super UD, and Fluorite. It focuses down to roughly 11-inches, which is very solid for a lens at this focal length, and it also has Canon’s Sub-Wavelength Structure Coating to help combat ghosting and flare.

The outside of the lens has gotten a bit of a redesign as well, increasing the weather-proofing, including a fluorine coating on the front and rear elements to combat moisture and finger prints.

All that new technology, however, comes with a serious price tag of $1,799. That’s an increase from the previous version and more than three times the price of their 35mm F/2 IS.

It’s clear that Canon is working on squeezing every last bit of image quality out of this lens so it can take advantage of all the resolution offered from high-megapixel cameras like their new EOS 5Ds. We’re very interested to see how the new lens performs both in the field and in the lab, especially when compared to the popular Sigma 35mm F/1.4 Art.