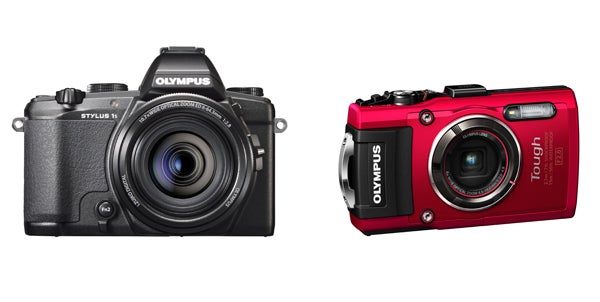 Olympus introduces the Stylus 1s and the Tough TG4.
SHARE

This morning Olympus announced two new additions to their compact camera line, the Stylus 1s and the Tough TG-4.

The Stylus 1s has a i.Zuiko Digital lens with a constant f/2.8 aperture and a 28-300 mm zoom capability. Like the Stylus 1, the 1s takes many design cues from the OM-D system—the 1s maintains that large EVF with 1.44 million dots (which is equivalent the the EVF in the E-M5) and adds a body with the pebbled synthetic leather grip similar to the look and feel of the E-M5.

The new features don’t stop with the classy design though—the Stylus 1S comes with a number of advanced shooting options that weren’t found in the original. The 1s has Small Target AF, Focus Peaking, an Interval Shooting option and the ability to create Time Lapse Movies. An Easy Step Zoom lever on the Hybrid Control Ring gives shooters 9 steps of magnification. The battery also gets a boost in power: the 1s has a Large Capacity BLS-50 Li-ion Battery, which according to Olympus should give you approximately 450 shots. Built in WiFi is also brand new to the camera and with the use of OI.Share makes it easy to share your photos instantly on social media. The app also offers remote shooting.

The Tough TG-4, like it’s name implies, is meant for tough action. This compact camera has the ability to shoot RAW and is waterproof up to 50 ft, crushproof up to 220 lbs, freeze proof to 14 degrees, shockproof to 7 ft and dustproof—it is basically built to be a little abused.

The TG-4 has a f/2.0 wide-angle high speed zoom lens. Although it doesn’t feature all manual control, it can be used in Aperture Priority mode; a variety of Underwater modes including snapshot, macro and the newly introduced HDR mode; the very cool Microscope mode from the TG-3, which allows you to focus in on something as close as 1cm from the lens; and Live Composite and Bulb Shooting mode. The TG-4 also gives you the ability to save settings as Custom modes so your favorites are easy to access.

Like the Stylus 1s, the TG-4 has Built-In WiFi for easy sharing, but also has a GPS and e.Compass—to track exactly where your images were taken or to figure out where you are, incase you end up terribly lost on your epic adventure. There are a number of additional accessories to use with the TG-4 including an LED Light Guide, which is awesome for microscope mode, a fisheye converter, a tele converter and a converter adapter.