Video: Hands On with the Sony A7 II 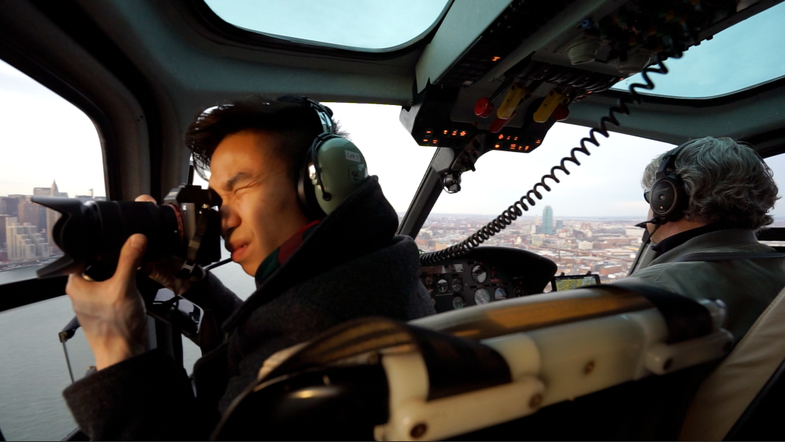 Last week Sony held a shooting event in New York City and invited members of the press to spend time with the new A7 II full frame mirrorless camera. The day began in Greenpoint, Brooklyn at Hollywood Stunts and ended with a helicopter tour of the airspace over Manhattan and the Bronx.

After a day of shooting in two very different scenarios, our overall impressions of the A7 II are positive. The camera functioned well and the body’s updated design made it more comfortable to use in the field than the A7.

A magnetically suspended sensor compensates instead of elements inside the lens, which means you can get some of the benefits of the stabilization system with any lens you mount on the body. The degree to which you’re able to utilize all five axes depends on the lens you mount. If the camera can receive both focal length and focusing distance information from the lens, then stabilization will happen in all five axes. If the lens can not transmit focusing distance information, then stabilization will occur on the three axes of pitch, yaw, and roll. If no information passes between the body and the lens, you have the option to manually enter the focal length from a range between 8mm and 1000mm. In that case you’ll be limited to pitch and yaw correction. Still, this is a boon for a camera that’s so easy to adapt for legacy lenses.

The body also got an updated design. The A7 II is slightly thicker than that of the A7, though designers have beefed up the grip, making the A7 II more comfortable to hold. The shutter button moves from the top of the camera body, to the top of the grip and is angled slightly forward, as is the case with most DSLRs. Furthermore, the A7 II swaps out the A7’s metal command wheels with rubberized versions embedded into the front of the grip and top of the camera back. These new wheels proved a bit more comfortable in prolonged use and have more defined click stops than the previous wheels. The lens mount, which was partially metal and partially plastic in the A7, is now all metal to lend more confidence that the lens is held in proper registration.

Sony says that they have also developed new autofocusing algorithms that improve the tracking in the A7 II by making better use of motion information. The display of focusing points during AF tracking now takes the same approach of the a6000 by showing the active AF points illuminated by small green squares that show you when the camera shifts amongst the points as it tracks your subject around the frame.

We look forward to running the camera through more rigorous testing in the field, as well as in the Popular Photography Test Lab.