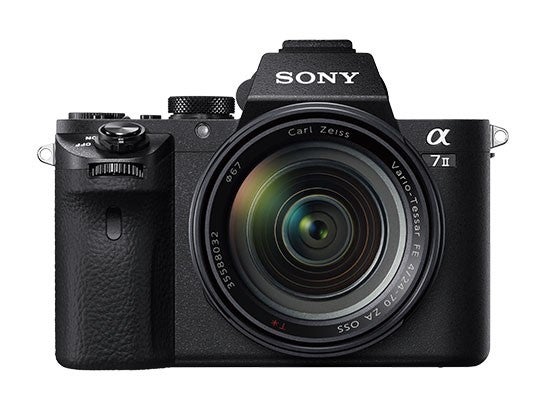 It’s not official in the US at the moment, but starting in January, it looks like Japan will be getting an updated version of the Sony A7 full-frame interchangeable-lens compact camera, and it looks really promising.

The biggest new addition to the camera is the 5-axis image stabilization that’s built-right into the sensor. They promise up to 4.5-stops of stabilization, which is a very significant amount of correction, beyond the 4-stops promised by most optically stabilized lenses right now.

The AF system has also been revamped. It still uses the same number of points, but by refining the system, they claim it will be noticeably faster and better in terms of tracking moving objects.

The body has also changed a little. Now, the grip will actually be a little bigger, which we’re very interested to experience. The compact nature of the A7 in combination with its full-frame sensor is really what makes the camera as excellent as it is. I don’t imagine the change will be that drastic, but if it makes the camera more comfortable to hold, that’s definitely an upgrade.