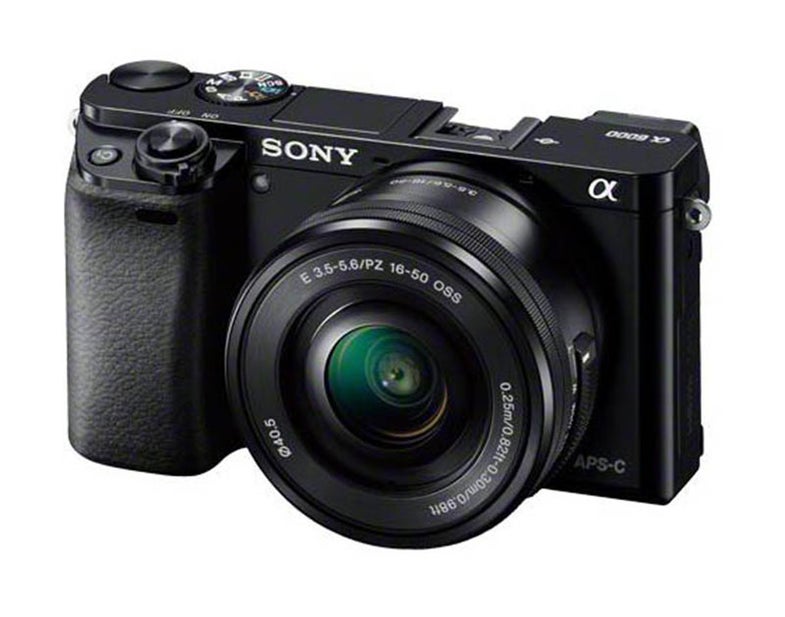 The NEX-6 was a great little camera, and while the NEX name is dead, the spirit lives on. The a6000 is the successor to the NEX-6 and it has a lot going for it, including a pretty aggressive price tag.

At its heart is a 24-megapixel CMOS sensor that’s updated from the one found in the NEX-7. Spread over 92% of the sensor is an array of phase-detection AF sensors, which forms Sony’s hybrid AF system that they claim to be the world’s fastest, beating out the Fujifilm X-T1 by a few hundredths of a second. It has 179 total points that work in conjunction with the contrast AF.

The new Bionz X processor lets it churn through 11 fps, while maintaining AF tracking, which is seriously fast.

The back of the camera has a tilting 3-inch LCD screen, as well as an OLED EVF with 1,440,000 million dots and a .7x magnification.

It has also gotten some upgrades on the video side, including clean HDMI out and 1080p footage at 60 fps. The a6000 has built-in Wifi and NFC for paring to a smartphone or tablet.

When it hits shelves in April, it will cost just $600 for the body only or $800 for the kit with the 16-50mm lens. That continues the recent trend of Sony pricing their cameras very aggressively. We certainly won’t complain about that.