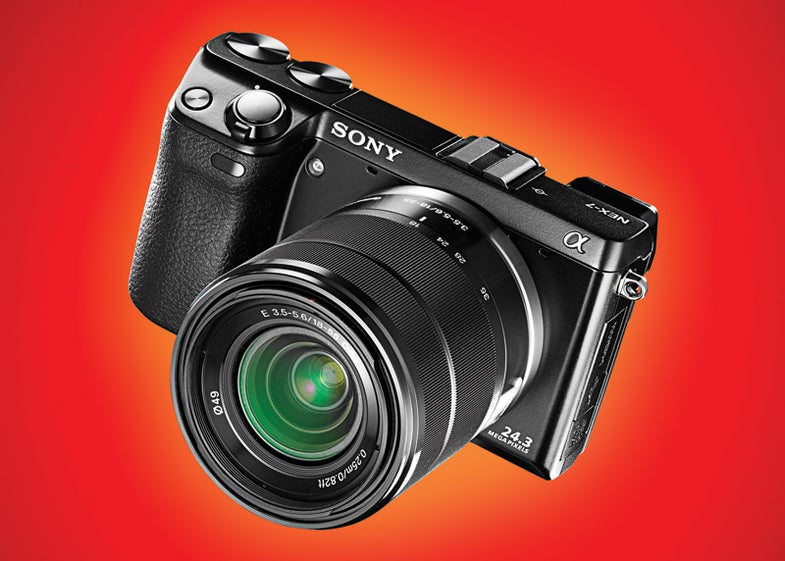 Sony has a tendency to develop certain technologies, then apply them wherever it can—often to good effect. Last month, we saw the latest iteration of its transmissive mirror technology paired with a new 24.3MP CMOS sensor and a lovely OLED electronic viewfinder in the Alpha 77. Now Sony’s taken those two new features and paired them with a completely revamped NEX body for the most impressive ILC we’ve seen to date, the NEX-7 ($1,200, street, body only; $1,350 with 18–55mm f/3.5–5.6 lens).

Fitting all those pixels into a DSLR body is difficult enough, but packing them and an OLED EVF, and a tilting 3-inch, 921,600-dot LCD into a body this size is certainly no small feat.

In the Test Lab
With an Excellent resolution score, and the ability to hold plenty of res as ISOs increase, the NEX-7 earned an overall image quality rating of Excellent from ISO 100 through ISO 1600. That’s quite impressive, given that it boasts the highest pixel count you can find in an APS-C format camera to date.

At its lowest sensitivity setting of ISO 100, it yielded 2740 lines per picture height to strip Panasonic’s Lumix GH2 of its title as the ILC with the most resolving power. Plus, using its default noise-reduction settings when converting from RAW, the NEX-7 holds resolution to 2530 lines at ISO 1600. By ISO 6400 it dips down to 2420 lines. At its top sensitivity of ISO 16,000, resolution drops significantly to 2140.

The NEX-7 does a fine job keeping noise in check. At ISO 100, images could be a bit cleaner, with only a Very Low rating, a notch off our best rating. Still, it rated Low or better all the way up to ISO 1600. Even at ISO 16,000, noise was only slightly into the Unacceptable range.

Of course, this is all a factor of how Sony tunes the defaults in its Image Data Converter RAW software that ships with the camera. If you don’t mind some additional noise and want to try to get more resolution out of the NEX-7 at high ISOs, you can turn down the noise reduction. We just wish that Sony would show numerical settings for noise reduction.

In the Field
Image quality is only half of the picture. The metal-shelled body feels impressively rugged and has one of the most comfortable grips you’ll find in any ILC right now. Better yet, Sony has added a third command wheel to create what it calls the Tri-Navi control system. This makes a huge difference. For example, in aperture-priority mode, you can set aperture with one wheel, exposure compensation with the second, and ISO with the third. This sped our shooting a lot, especially when moving between outdoors and indoors, or in and out of shaded areas. Plus, if you’re using the EVF, you don’t have to take your eye away; you see instantly that the setting has changed.

When you tinker with other settings, the three wheels take on different roles. Want to change AF from fixed center point to selectable spot? Just flick the first wheel. Place that spot horizontally with the second wheel and vertically with the third.

When using certain shooting modes, such as Sweep Panorama (see Showcase, page 8), the wheels become a bit redundant. Still, they provide a quick way to change the direction of the panorama if you want to switch from horizontal to vertical orientation.

The NEX-7 also offers modes that merge multiple images to good effect. The HDR setting, located somewhat strangely in the DRO section of the menus, merges three images and automatically aligns and tone-maps them for a high-dynamic-range image. You can select the width of the bracket in EV stops or let the camera choose, which it did admirably in many situations during our field testing. In low light, you might try Handheld Twilight mode, which merges six frames to significantly reduce noise in most cases.

While none of these special modes yield perfect results all the time, with a little patience and experimentation, you’ll find they come in very handy and may let you capture an acceptable image in difficult conditions.

Then there’s the EVF, essentially the same one as in the A77 and A65. You won’t see an integrated through-the-lens finder in any other rangefinder-style ILC. Bright, large, very high-res, and chock-full of info, it’s a pleasure to frame images and control the camera with. Sony tucked it in the upper left corner of the camera without adding much to the body size.

As much credit is due for shoehorning in a tilting 3-inch 921,600-dot LCD without adding much depth to the camera, retaining a very sleek look. Also built in is a none-too-powerful pop-up flash and a Minolta-style hot-shoe.

Don’t expect the burst power of the A77, but the NEX-7 holds its own. Standard burst shooting will get you up to 17 JPEGs or 13 RAW images at up to 3 fps. If you set the camera to Speed Priority, then you can get up to 10 fps.

Video shooters should like the footage from the NEX-7. Its tracking focus does a solid job of keeping moving subjects in focus, as with burst shooting. Clips have accurate-looking color rendition with pleasing saturation, and little in the way of video artifacts. Plus, you get recording options up to the current 1920x1080p/60fps limit of the AVCHD format.

Bottom Line
Sony’s NEX-7 is currently our pick for the best ILC on the market. It combines outstanding image quality with solid ergonomics and, in addition to the normal array of preset shooting modes, plenty of useful options.

Sony still has a way to go to fill out its E-mount lens line as much as Panasonic and Olympus have with Micro Four Thirds. But we were very taken with the 24mm f/1.8 T* Carl Zeiss Sonnar lens we tried during field testing. This, along with the 50mm f/1.8 and 30mm f/3.5 lenses Sony added this year, provide nice low-light and specialty optics. Plus, if you can spare an extra $400, you can add the LA-EA2 A-mount adapter to use Sony or Minolta A-mount lenses on the NEX-7—while adding phase detection AF to boot.

When we tested Sony’s first NEX cameras, we weren’t very impressed. Now, we definitely are, and we’re eagerly awaiting whatever Sony has up its sleeve next. 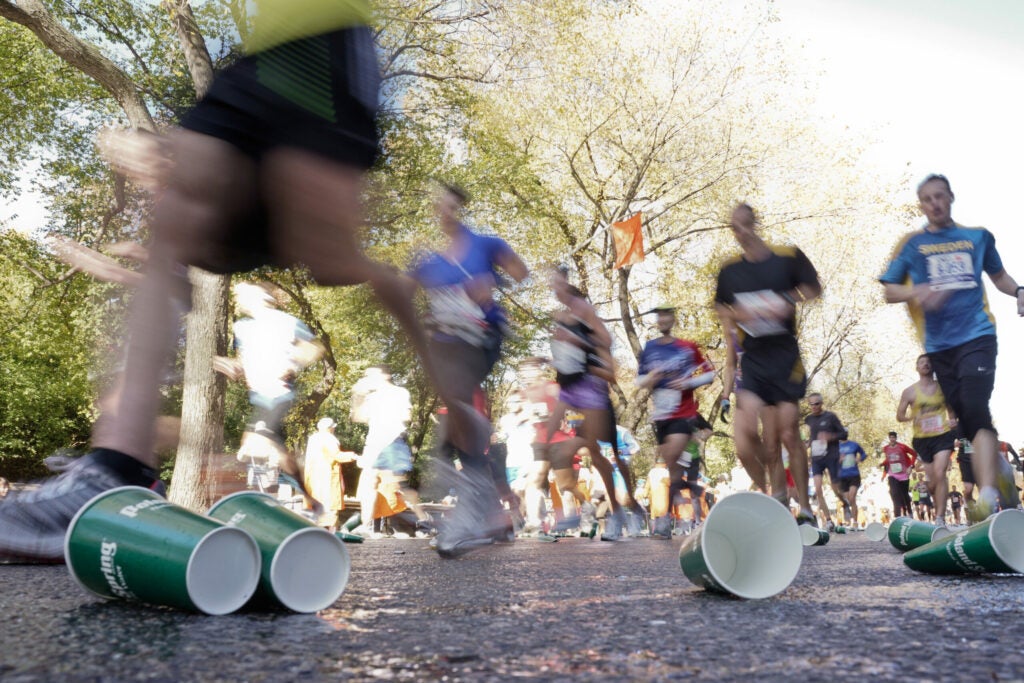 Today’s photo of the day was shot with the Sony NEX-7 ILC. Be sure to check out our full NEX-7 lab text as well as our sample image gallery.
Camera Reviews
Mirrorless Cameras
reviews
Sample Images
sony