New Gear: The Bubl Cam is Another Attempt at the Spherical Camera

Can this Kickstarter success where other projects have failed? 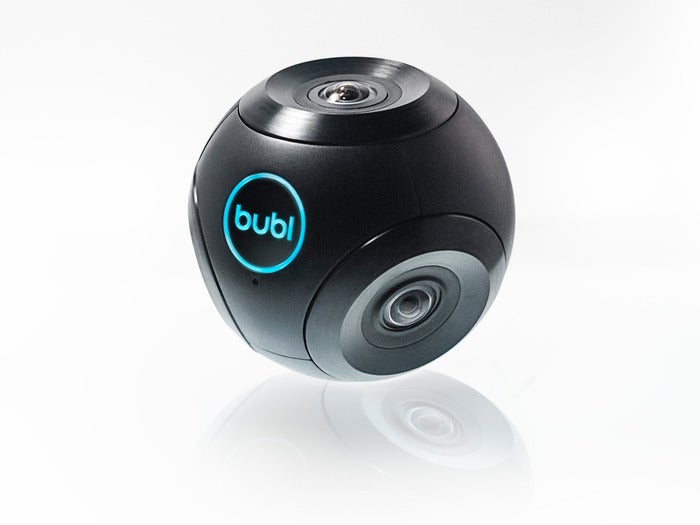 The concept of studding a ball with various cameras to give a full spherical view isn’t new. Over the last few years we’ve seen at least three attempts to create ball cameras. Now, there’s a new project. This time it’s called Bubl, and it’s looking to raise $100,00 over Kickstarter.

The Bubl camera will feature a four-camera tetrahedral arrangement in order to get a full 360° field of view. It’ll be capable of capturing 14-megapixel spherical photos, and either 1080p video at 15fps, or 720p at 30fps. These images and videos can either be streamed directly to another device via Wi-Fi, or else stored on an on-board MicroSD card.

In order to stitch together all of that info, the Bubl uses four 190° lenses, and five-megapixel OmniVision sensors. And from there, the software stitches together all four streams into a single, unified, spherical image or video.

The problem, however, is the price. Since you’re essentially looking at four cameras all linked up, the $399CAD (around $380) shouldn’t be too surprising, but it’s still a stiff ask. And the Kickstarter does say that that’s at “at least $350 off of the retail price”, which unfortunately could push this device outside the realm of most casually interested people.

But you never know, if the Buble takes off, it might just be the next GoPro, and strapped to the head of any and every extreme sports person around.