An advanced compact proves powerful, in spite of its size 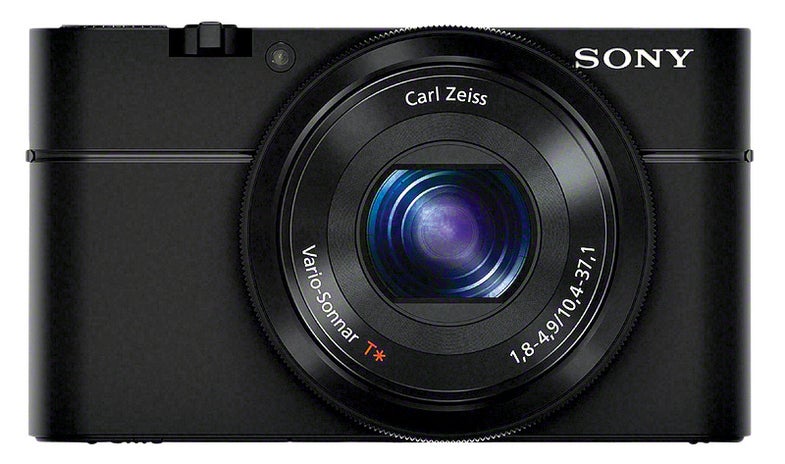 Over the Past few years, we have seen a parade of compact cameras with what we have been calling large sensors. But “large” is relative, and what’s more important than physical size is what you do with that surface area.

The newly developed 1-inch sensor in Sony’s pocket-sized Cyber-shot DSC-RX100 ($648, street) measures precisely 13.2×8.8mm. To put this in perspective, it has about 2.7 times the surface area of the 1/1.7-inch sensor in Canon’s slim PowerShot S100. Confused? Sensor nomenclature is tricky: The designations “1-inch” and “1/1.7-inch” correlate to the vacuum tubes once used in video cameras long ago.

That is, indeed, large for a compact. However, you’d have to multiply the surface area of the RX100’s sensor by about 1.9 to match the sensor in a Micro Four Thirds body, or by 2.4 to catch up to the sensor in Canon’s larger-bodied PowerShot G1 X, or by 2.8 to get to the APS-C sensors in Sigma’s DP Merrill line of pocket compacts. And, of course, a full-frame sensor dwarfs this Sony’s, with 7.4 times the surface area.

Still, Sony packed 20.2 mega-pixels into its 1-incher. To deliver plenty of light to it, the camera sports a Carl Zeiss-branded zoom lens with a relatively fast maximum aperture range, f/1.8–4.9, and coverage equivalent to a 28–100mm full-frame lens.

A control ring around the barrel of the pancake lens works in tandem with the click-wheel on the back, lending a traditional feel to shooting in manual mode. It also provides flexibility in controlling other camera settings when shooting in other modes.

Does all this pay off? Read on.

In the Test Lab
The RX100’s imaging ends up close to what you’d expect from an advanced compact. It managed to score an Extremely High rating in overall image quality at its lowest sensitivity of ISO 80. But for the majority of its sensitivity scale, it ends up with a Very High rating as resolution fell below our cutoff of 2250 lines. At ISO 400, resolution had dropped to 2170 lines; at its worst, at ISO 6400, it turned in 1930.

Indeed, the RX100 produces noisier images at ISO 80 than the S100 does at ISO 400, and the Sony held noise to Low or better ratings only up to ISO 200. By ISO 800, noise was high enough to earn an Unacceptable rating and remained so up to the camera’s top sensitivity of ISO 6400.

Some context: Noise becomes less noticable as image size decreases. For example, the candid portrait shown in the LCD to the right was shot at ISO 800. In a print this small, you’ll have to strain to see the noise. But it’s there, and in a bigger print, the noise would become distracting.

In our color accuracy test, the RX100 easily earned an Excellent score. It turned in an average Delta E of 6.6,­ well below our cutoff of 8 for top honors in this lower-is-better test.

In the Field
The RX100’s body has a solid feel and compares well with cameras in this class. We wish it had some sort of grip, but we also know that the designers probably felt that any protrusion on the front would take away from the body’s clean, attractive look. We tend to let practicality trump style, but also recognize that people looking for a compact camera like this might not.

The controls benefit from the ring around the lens. In manual or aperture-priority mode, this sets aperture for a classic feel, albeit without click-stops. Press the function button on the back, and the ring can now be used to adjust several settings that you can customize in the menus.

Just about the only control on the RX100 that screams compact is the zoom rocker. Like any such zoom control, this is less precise than a mechanical zoom ring. As a result, we found ourselves either tinkering endlessly or resolving to crop our images slightly after the shoot.

The autofocus is on par with the best compact cameras and some ILCs—enough for any casual shooting. While we wouldn’t count on the RX100’s ability to track fast-moving sports, we also wouldn’t expect a professional sports shooter to pick this camera up for work.

The top burst speed is 10 frames per second at full resolution, but that’s without continuous AF and with metering locked after the first exposure. With continuous metering and AF, bursts slow quite a bit. Still, it’s nice to have the option for faster bursts in some situations.

Video, is also on par with what you’ll get from high-end compacts. The RX100 can shoot video at up to 1920x1080p60, and footage from the camera looks very nice. But, even with an f/1.8 lens, which will isolate a subject well, you can’t expect as much versatility with this little compact as you can with a Micro Four Thirds or APS-C-based ILC or DSLR, let alone a full-frame DSLR. What you can expect is fine footage of casual get-togethers or simple projects, such as interviewing friends and family.

Like many Sony cameras, the RX100 includes Sweep Panorama, a mode in which the camera captures many shots in a burst and then stitches slivers of those images together to create a panorama. Another version of this process will create 3-D panoramas that you can play back on any 3-D TV using a cable connected to the mini-HDMI terminal.

Similarly, the Handheld Twilight scene mode captures multiple images and combines them automatically to minimize noise. The camera will also combine three images to create HDRs quick and easy. You have finer control over HDR with software, but you can still select from six levels of intensity for the HDR effect in the RX100. We were able to get realistic-looking results more often when we selected the intensity of the effect manually.

The Bottom Line
Sony’s Cyber-shot RX100 is a worthy entry in the field of high-end compacts. Even though we feel that the camera’s performance might have been better served keeping the pixel count down, we ended up with some great images.

Moreover, the experience of shooting with this camera is a pleasant one. The control ring on the lens serves its purpose well, and, if you would rather use a ring for manual focusing, you can change its function to suit your needs.

While we often shrug off a lot of the scene modes and digital filters found in compacts, we appreciate some of Sony’s innovative modes, notably Handheld Twilight and Sweep Panorama. And if you’re still learning about photography, you’ll appreciate the RX100’s camera-guide function, which explains various menu items and invites further exploration. If you’re an advanced shooter, you can customize the RX100 extensively.

In the end, though, the Sony RX100 makes the most sense for reasonably knowledgeable, casual shooters looking for a nice, pocketable camera.